Every MCU Character Recast For What If…? 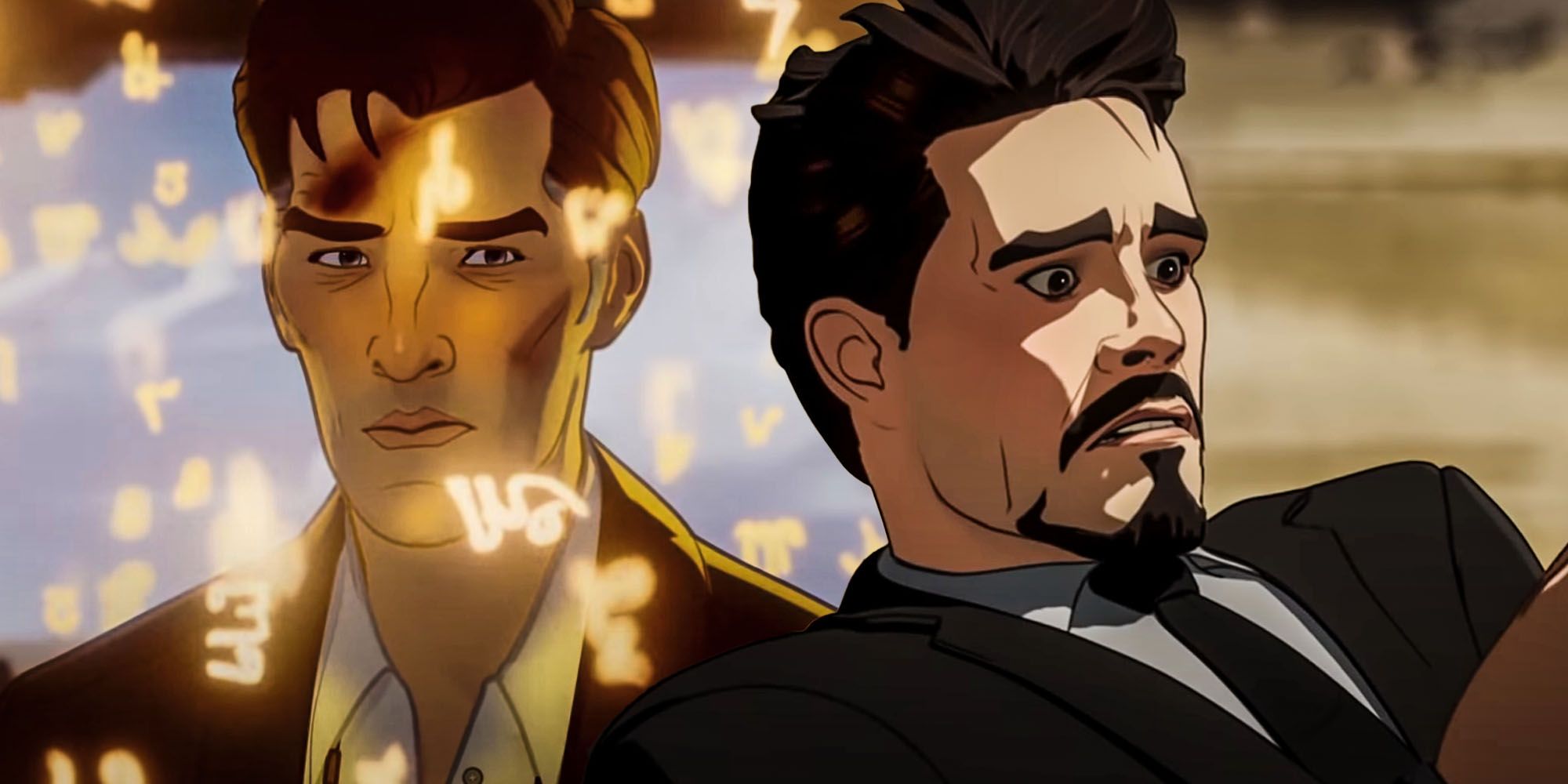 Marvel’s next Disney+ show, the animated What If…?, offers fans a look at the MCU’s possible alternate universes with different outcomes, but some classic superheroic roles have been recast with new actors. While the MCU has only rarely recast roles, and most of those instances came during the early years, a certain amount of recasting was always likely for What If…? for various reasons. Just a handful of these reasons include the fact that What If…? is an animated project, as well as a TV show. With no offense intended to the actors involved, a major reason why Marvel’s Disney+ shows are centered largely on traditionally supporting characters like Scarlet Witch and Loki is that it’s harder to get people like Scarlett Johansson and Benedict Cumberbatch to commit to longer-term productions.

A-listers of that caliber are constantly fielding movie offers, and if they were actually willing to commit to starring in a Disney+ show, their asking price might prove prohibitive for Marvel Studios in a way it wouldn’t when casting them in a theatrical release likely to earn truckloads of money. Providing a voice for an animated show isn’t as big a time commitment, but most fans were under no illusions they wouldn’t hear Robert Downey Jr. on What If…?.

In Marvel Studios’ defense, they were successfully able to sign on a staggering percentage of actors from the MCU to reprise their roles in voice form, including Chris Hemsworth, Paul Rudd, Mark Ruffalo, Samuel L. Jackson, and the late Chadwick Boseman. Here’s the full rundown of the few characters whose actors didn’t make the jump, and needed to be recast.

While full episode details for What If…? still have yet to be revealed, the trailer made clear that Iron Man/Tony Stark will appear in at least two stories. One presents an alliance between Erik Killmonger and Tony after the former rescues him following the terrorist attack seen in the first movie. Seemingly, this would mean Tony won’t create the initial Iron Man suit, as he was never in a cave with a box of scraps. Iron Man also appears as a zombie during an episode adapting the popular Marvel Zombies line. As with all the confirmed recastings so far, it’s unclear who’s taking over for Robert Downey Jr. as Tony on What If…?, but the new voice does sound like a decent match for what fans know.

Fans have yet to hear what the new Captain America voice sounds like, as he doesn’t speak in the What If…? trailer. Steve Rogers will also appear in the Marvel Zombies episode and will feature in another episode in which instead of Steve becoming Captain America, Peggy becomes his British equivalent, Captain Carter. Hayley Atwell returns as Peggy. It’s not surprising that Chris Evans isn’t a part of What If…?, as whether he’s a current part of the MCU at all anymore is unclear. Reports months ago suggested he had signed a deal to return as Steve Rogers, but those reports have since been called into question.

While Captain Marvel is briefly glimpsed in the What If…? trailer, it’s unclear at present what story Carol Danvers will be part of telling. One thing that is clear is that Brie Larson won’t be voicing her, despite still being under contract to the MCU, and set to return for Captain Marvel sequel The Marvels in 2022. It’s possible Larson just had a scheduling issue. Either way, if Iron Man’s new voice is anything to go by, Marvel will presumably try to hire someone who sounds as close to Larson as possible. In fact, not revealing the voices behind the recastings in advance may be an attempt to keep fans’ minds off that aspect entirely.

Somewhat surprisingly, Benicio, the bull won’t be back to voice The Collector, otherwise known as Taneleer Tivan, in What If…?. The Collector is another character briefly glimpsed within the trailer for the Disney+ show, wearing some type of large white coat. It’s also unclear what story The Collector will be taking part in, but one assumes it’ll involve the type of priceless object that the character spends his life acquiring. One wonders if this What If…? story is set prior to Thanos killing The Collector in Avengers: Infinity War, or whether this timeline simply changed that outcome. The multiverse is a vast and twisting place after all, well-evidenced by the events of Loki, Disney+’s time-traveling and mind-bending Marvel Studios series.

Benedict Cumberbatch not reprising the role of Doctor Strange is the weirdest case of recasting, as the Sorcerer Supreme is slated to have a large presence on What If…?, and it would’ve been highly preferable for fans that Cumberbatch return. Especially since it appears that What If…? will offer MCU fans their first look at what might happen if Doctor Strange were to turn evil, with the good Strange and evil Strange seemingly set to lock horns near the end of the trailer. Cumberbatch will next play Strange on the big screen in 2022’s Doctor Strange in the Multiverse of Madness, provided Strange doesn’t make any unannounced cameos between now and then. The sequel will see him working alongside the Darkhold-wielding Scarlet Witch and potentially other powerful allies.

Alongside several of her original Avenger co-stars, Scarlett Johansson will not be reprising her role as Black Widow in the animated series of What If…?. The Black Widow-centred episode will focus on the character being the only survivor of a cataclysmic event that has wiped out the Avengers, and at its source is the villainous Ultron. After her appearance in her long-overdue solo outing as the titular heroine in Black Widow that has been the source of much legal controversy, it is potentially unlikely that fans will see Johansson returning as the international superspy anytime soon in the MCU.

Tom Holland will not return as Spider-Man, joining his Avenger allies in not being someone who will be reprising the role he plays in real life. The Web-Head would have been the focus of an episode that featured him as a zombie hunter, likely tracking down the zombie versions of Tony Stark and Captain America that were seen in the trailer. As for why Holland is not returning for the series, one could speculate that it has to do with scheduling conflicts alongside Sony, though the real reason remains a mystery.

Related: Every Phase 1 Character Returning In Marvel’s What If…?

Finally, Drax will not be voiced by the outgoing Dave Bautista. The actor has spoken at length about speculation regarding his future in the MCU after the much-anticipated Guardians of the Galaxy Vol. 3 from director James Gunn. As for the episode that will feature Drax, it will likely be the same one that ponders the question, “What if T’Challa was abducted by Yondu instead of Peter Quill?” Fans will simply have to wait and see how faithful the incoming voice actors are to recreating these beloved characters, and there isn’t long to wait until Marvel’s What If…? drops on Disney+.

More: Everything We Know About Marvel’s What If…?

Michael Kennedy is an avid movie and TV fan that’s been working for Screen Rant in various capacities since 2014. In that time, Michael has written over 2000 articles for the site, first working solely as a news writer, then later as a senior writer and associate news editor. Most recently, Michael helped launch Screen Rant’s new horror section, and is now the lead staff writer when it comes to all things frightening. A FL native, Michael is passionate about pop culture, and earned an AS degree in film production in 2012. He also loves both Marvel and DC movies, and wishes every superhero fan could just get along. When not writing, Michael enjoys going to concerts, taking in live professional wrestling, and debating pop culture. A long-term member of the Screen Rant family, Michael looks forward to continuing on creating new content for the site for many more years to come.