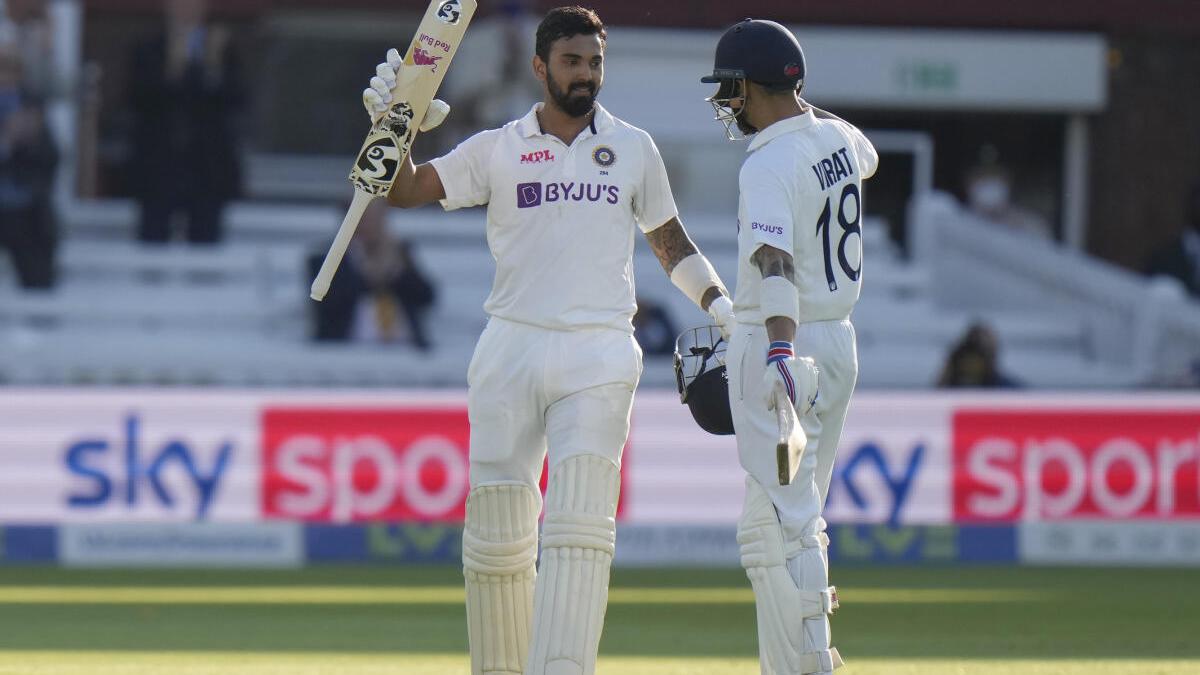 K. L. Rahul cracked a superb unbeaten century and Rohit Sharma made 83 as India reached 276 for 3 after the opening day of a rain-hit second Test against England at Lord’s on Thursday (August 12).

Rahul dropped anchor early in his innings as Rohit led the charge before Rahul switched gears to bring up his sixth Test century following an impressive 84 in the first innings of the drawn first Test of the five-match series.

England seamer James Anderson dismissed Rohit and Cheteshwar Pujara to give the host hope of clawing its way back but India skipper Virat Kohli (42) stitched together a 117-run partnership with Rahul before departing.

Ajinkya Rahane was unbeaten on one at the close.

Earlier, England’s pace bowlers got plenty of movement in overcast conditions after the start of play was delayed by 30 minutes due to rain, but they had little reward thereafter as captain Joe Root was left to rue his decision to bowl.

Rohit looked set for his maiden overseas Test century before being bowled by Anderson, but his 126-run stand with Rahul laid the foundation for their side.

India’s openers played steadily through a challenging early phase and looked increasingly comfortable at the crease when a spell of rain stopped play and brought an early end to the opening session. Having reached his first half-century in England after the break, Rohit top-edged paceman Mark Wood for a six before majestically pulling him for four.

After negotiating two deliveries that went away, Rohit was bowled by one that came in, much to the delight of Anderson who overcame a tight quad to keep his place in the team.

Anderson struck again in the 50th over when Cheteshwar Pujara fell for nine after edging an outswinger to Jonny Bairstow at third slip to leave the visitor at 150 for 2 shortly before tea.

Rahul unleashed a wide range of strokes to raise his scoring rate and brought up his ton in the company of Kohli, who looked at ease after a tense start only to nick one to Root off Ollie Robinson late in the day.