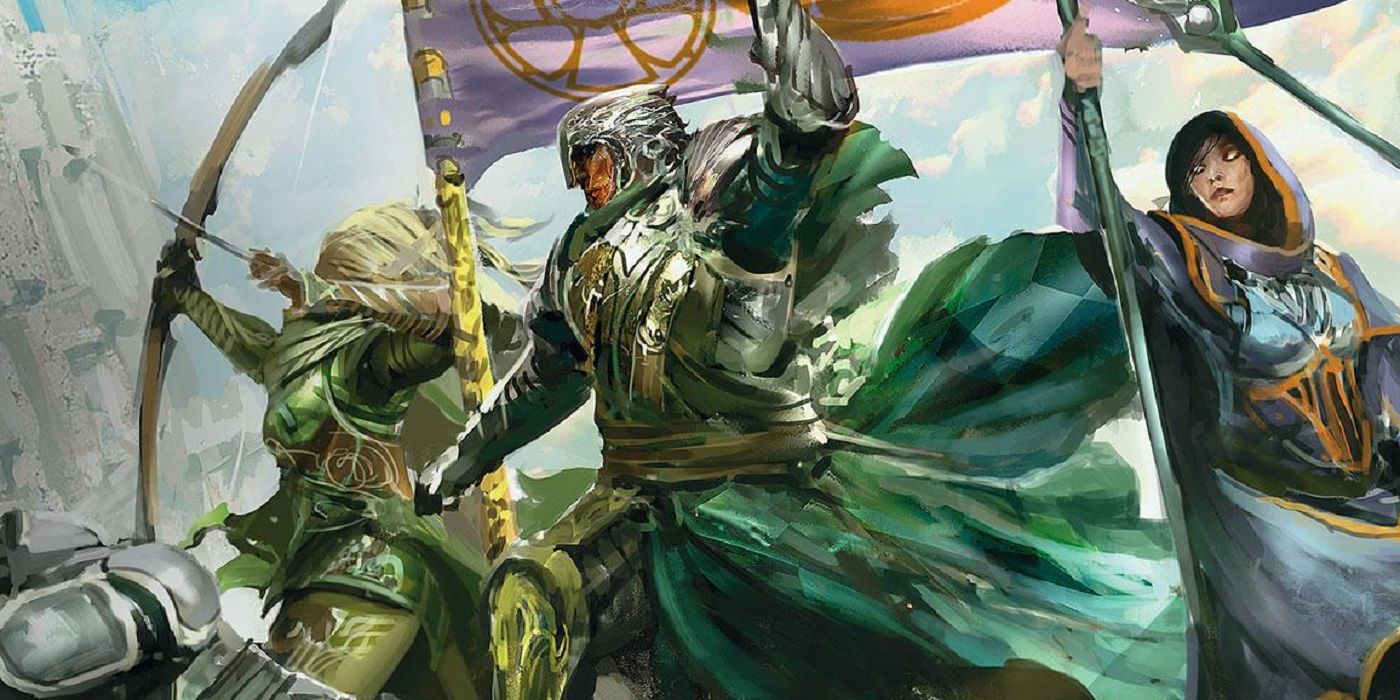 Dungeons & Dragons has steadily added new and revamped content to the current 5th edition sourcebooks, and could continue in a potential 6th edition.

The variety of classes available in Dungeons & Dragons has continued to expand in 5e thanks to the release of new sourcebooks. While classic classes like the Wizard, Cleric, and Fighter continue to be popular choices for character builds, additional options such as the Artificer add a new magic class for players to explore. Existing classes like the Bard have also benefitted from new content with the addition of the College of Swords and College of Creation, putting a fresh and exciting spin on Bard characters. However, there is a possibility the variety of classes could see a bigger expansion if Dungeons & Dragons released a 6th edition.

Currently, there hasn’t been any word from Wizards of the Coast about the possibility of a 6th edition release for Dungeons & Dragons. 5th edition was released in 2014 and has since become the primary model for D&D gameplay, with sourcebooks and modules from previous editions being rereleased to meet 5e’s rules. The balance of combat, narrative, and playstyles has helped Dungeons & Dragons soar in popularity, with those who were previously intimidated by the tabletop’s gameplay requirements more interested in giving the updated concepts a try. However, because of 5e’s success and popularity, it could be some time before Wizards of the Coast considers integrating another edition.

Despite this, there could be some large benefits to Dungeons & Dragons receiving a 6th edition. Currently, there are 13 classes for players to pick between when building their D&D character. While each of these classes offers numerous ways to create unique and interesting characters, many of these classes have persisted since the beginning of D&D’s gameplay decades ago. To help create new and interesting characters, a potential 6e could introduce widely different class types, like an elemental fae class that mixes roguelike melee combat skills with elemental and magical abilities. The fae could come in six different magical schools: earth, fire, water, wind, celestial, and demonic. This class could also specialize in bows, shortswords, and daggers, offering D&D players access to the stealthy attacks without having to play a Rogue class.

Dungeons & Dragons could also benefit from the addition of a true healing class, instead of tacking the ability on existing buffing classes like the Cleric or Bard. A true healing class could focus specifically on medicine and survival skills, with the ability to learn new battle specialties like poison craft, celestial revival, or even necromancy through reanimating the bodies of the dead. These D&D characters would focus less on melee combat or weapon skills, and be able to put all spell slots and ability points toward becoming fully realized healers, or potentially deadly medical assassins.

To help encourage the integration of science fiction elements in Dungeons & Dragons campaigns, a potential 6th edition could add a class designed to manipulate technology. Similar to the Artificer but a bit more tech-savvy, this technomancer would have the ability to use tech-geared spells like building computers out of the correct components, hacking into systems with magic, and controlling robots and computers from a distance telepathically. This would introduce a more unique class with new spells, abilities, and assets to Dungeons & Dragons campaigns, offering those weary of classic fantasy tropes a completely different option without the need for homebrew.

Next: D&D: How To Avoid Ruining Roleplay & Improve Teamwork In Campaigns

Laura Gray is a writer, illustrator and gamer in cozy Boise Idaho. They have had a wild freelance career in being a nerd, spending time traveling as a professional cosplayer and becoming a published illustrator while working the night grind as an IT tech. Laura is currently a content writer for D&D campaigns and Screenrant while working on personal writing projects for publication. They are also busy welcoming their first child into their life, which has been the best adventure life has given yet.