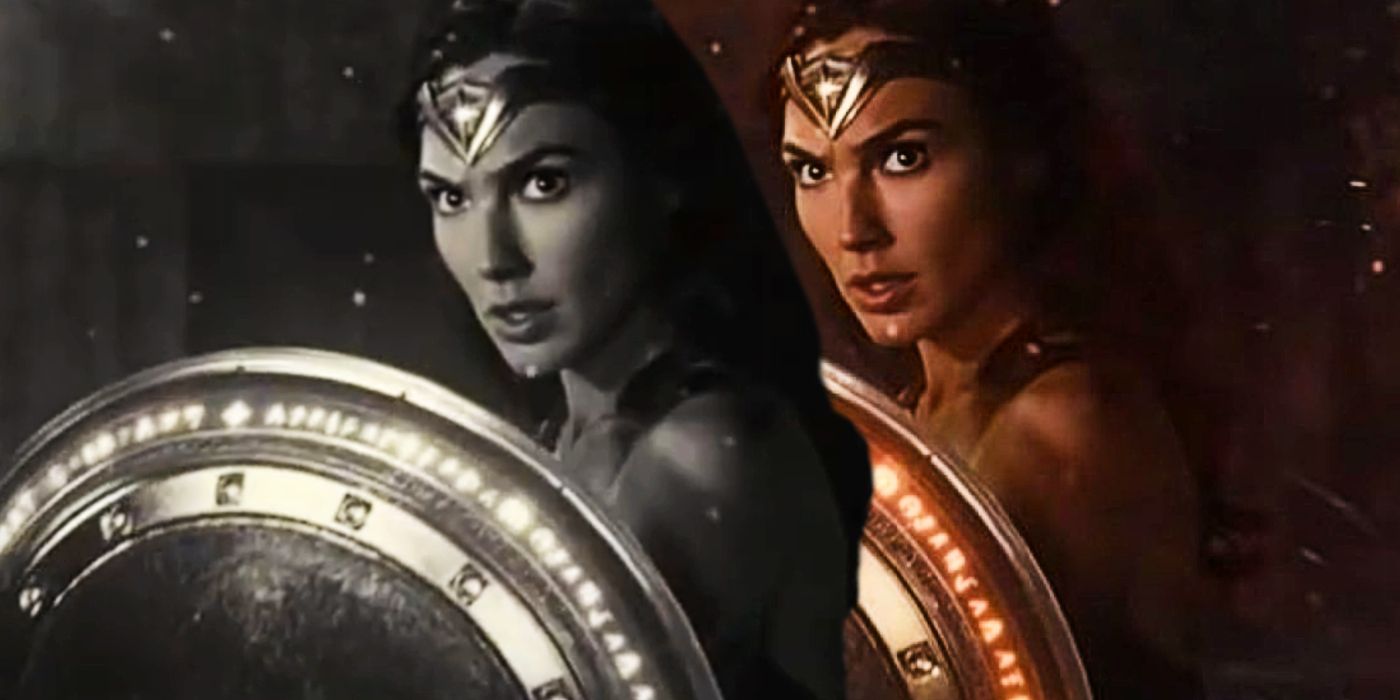 Zack Snyder’s Justice League: Justice Is Gray is a black-and-white version of the Snyder Cut, but does it contain any additional footage?

Only a week after Zack Snyder’s Justice League released on HBO Max, the streaming service debuted a black-and-white version of the movie under the title Justice Is Gray. Given the Snyder cut presented a thrillingly different take on the events of the original 2017 theatrical version, questions from audiences were natural around the nature of the film, surrounding whether the new grayscale version included any new scenes not yet shown in the new Justice League.

The first hints at a starker, grayscale version of Zack Snyder’s Justice League came in November 2020 from Warner Bros., when a slightly different version of the original color trailer showed off what the film might look like in all its monochromatic glory. Later that same month, the director Snyder himself said that his “ideal version” of Justice League would be to show it in black and white in an IMAX format. The Snyder Cut’s HBO Max format – in boxed 4:3 aspect ratio – presents the movie in such a fashion because Snyder shot the film using that more square framing.

While monochrome cinematography is usually only found for films that are considered more arthouse than superhero movies – think Alfonso Cuaròn’s intimate film Roma – this isn’t the first time a major Hollywood blockbuster has had special treatment to be re-released in black and white. George Miller’s Mad Max: Fury Road was released in a Black & Chrome Edition in the Blu-ray set that is supposedly closer to the director’s original visual intent. In addition to that, James Mangold’s Logan, also a superhero-related movie, was released as Logan Black around that same time.

Justice is Gray: Are There Any New Scenes?

Zack Snyder’s Justice League: Justice Is Gray does not actually contain any additional footage. Snyder indicated he was throwing around the idea of including the Joker’s infamous “we live in a society” line shown in one of the trailers, but the dialogue in the in-color Snyder Cut ultimately stayed the same with the only variation being the title card includes the “Justice is Gray” subtitle. Still, an HDR television that emphasizes the contrast between light and dark color shades can make the visuals pop in a way that may satisfy the hardcore fan looking for the true Snyder Cut experience.

The Justice Is Gray release is, however, one further representation of the larger significance of the once-mythical Snyder Cut, as the version of the movie Snyder himself lived with and showed friends on his home theater was also in black and white. Thanks to the advent of mass streaming means that studios like Warner Bros. can take higher risks with big releases, and HBO Max presented an opportunity for the type of big-budget experiment that Zack Snyder’s Justice League encapsulates. Snyder himself was unshackled to present his intended vision in any form he wanted (even if that vision sets up sequels that may never come to be). The black-and-white version of the film is just one more way he exercised his creative liberties.

Next: The Snyder Cut Proves WB Killed Their Best Chance to Compete With Marvel

Andrew is a contributing features writer for Screen Rant Horror, as well as for Comic Book Resources. He enjoys trying to see what social commentary he can mine out of the latest horror films, as well as checking up on what’s going on in the life of Spider-Man. He also plays bass guitar to exorcise his negative emotions, like the good Mr. Rodgers says you should.