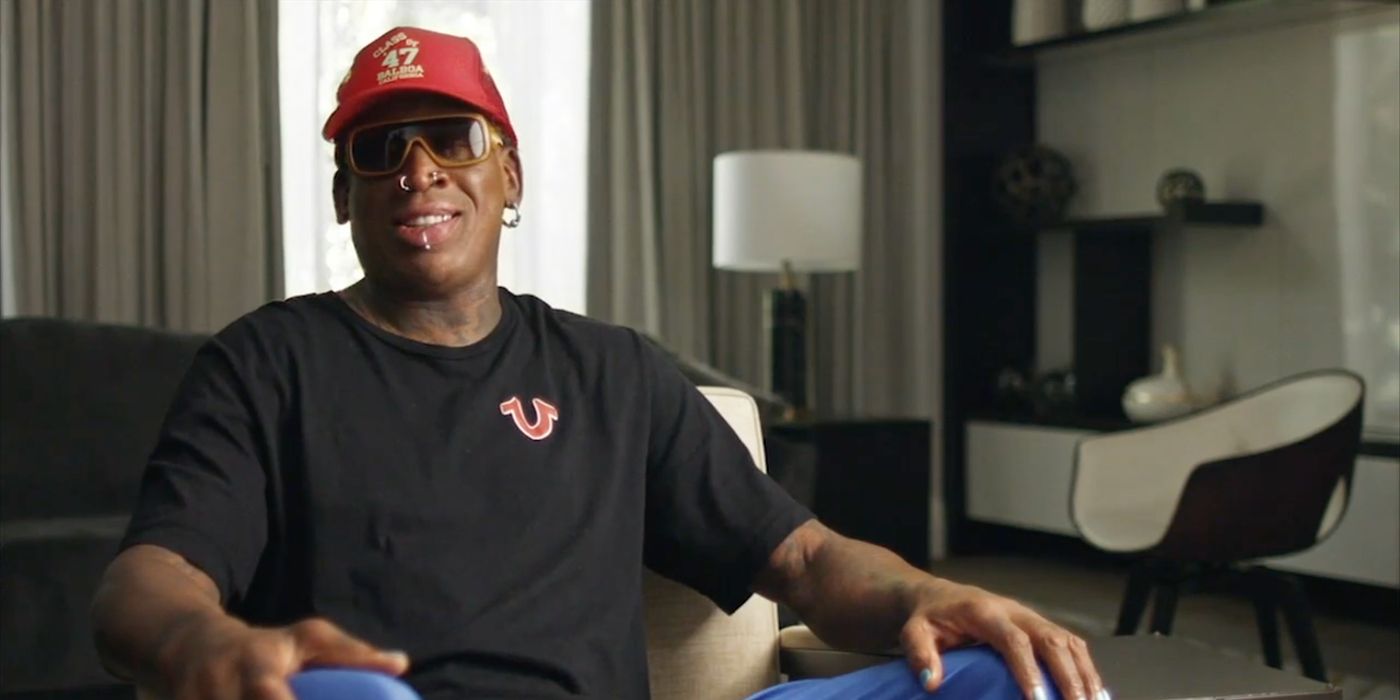 To put it lightly, Dennis Rodman is a unique figure. One of the Chicago Bulls’ most prominent players in the 1990s, Rodman made a name for himself on and off the basketball court. One of his most iconic moments came in 1998, when the Bulls competed for the NBA Finals. Yet Rodman decided he needed a 48-hour getaway in Las Vegas, and it’s this very instance that will be getting the motion picture treatment from Lionsgate and prominent producers Phil Lord and Chris Miller.

Lord and Miller, hot off this year’s animated Netflix film The Mitchells vs. The Machines, will produce the project which will capture Rodman’s ‘vacation.’ Rodman himself will also produce, alongside Aditya Sood (Deadpool), Ari Lowrey (American Vandal), and Will Allegra (Brigsby Bear). Jordan VanDina, a writer behind the recent Animaniacs reboot and The Binge, will pen the screenplay.

When asked about the project, Lord and Miller had the following to say:

“Dennis refused to follow the herd. That is what made him a target and it’s also what made him a star. His weekend in Las Vegas is full of fun and hijinks but it is also full of important questions about the way public figures, and workers are treated, especially when their individuality is expressed so vividly.”

The producers’ comments perfectly capture Rodman, whose personality can truly be gauged for unfamiliar viewers through the docuseries The Last Dance. While the series primarily focuses on NBA great Michael Jordan, Rodman gets a good deal of the spotlight in the series’ third episode, which caps off with him riding a motorcycle in the Vegas streets instead of running through the paint with teammates Jordan and Scottie Pippen. Among other things, Rodman was known as the life of the party, and had a short romantic relationship with Madonna in 1994.

All comedy aside, it sounds as if the team behind this project really understands the basketball champion, who was much more than just a wild one. He had a strong kinship with Bulls’ coach Phil Jackson, an element which this project is expected to focus on. This innovative approach from Jackson, and the mere willingness and courage to allow Rodman to walk away for a personal vacation at such a crucial time, speak to a deep-rooted and unexpected relationship. Both had a strong respect for Native American culture and felt a deeper connection than just coach and player. It looks that this film will focus on Rodman’s humanity and not strictly comedy, per the comments from Lionsgate’s Motion Picture Group President Nathan Kahane, who said the following:

“There’s only one Dennis Rodman. In 1998, there was nobody on Earth who’d be more fun – or maybe more dangerous – to party with. And yet that’s not even half of who he is. This movie takes you on an unforgettable ride with the myth, the legend, and also the man that Dennis is, behind everything you think you know. We could not be more thrilled to be working with Phil, Chris, Aditya, Ari, Will, and Jordan, and above all, Dennis, whose amazing career and life will make for an off-the-wall hilarious yet completely human and emotional movie. You think you know anything about ’The Worm?’ Just you wait!”

And wait we shall, as Rodman’s 48 Hours in Vegas currently has no release date or official title. But if the subject matter is any indication, this project will make a presence just as Rodman did in the NBA.

John Lutz is a Weekend Film/Television News Writer for Collider. He joined the team in the summer of 2021, but has been an avid fan and follower of the site for years. With a Bachelor’s Degree in journalism, John has always enjoyed writing, particularly for film and television, going so far as to minor in film studies. He manages all of the written content for the independent podcast Post-Credit Brews, in addition to serving as a co-host. John is an avid fan of the MCU, action, and sci-fi films, but also enjoys a good thriller or work from a true cinematic auteur. His passion also extends into television, and he will riot if Bob Odenkirk doesn’t win an Emmy Award by the end of Better Call Saul’s run.