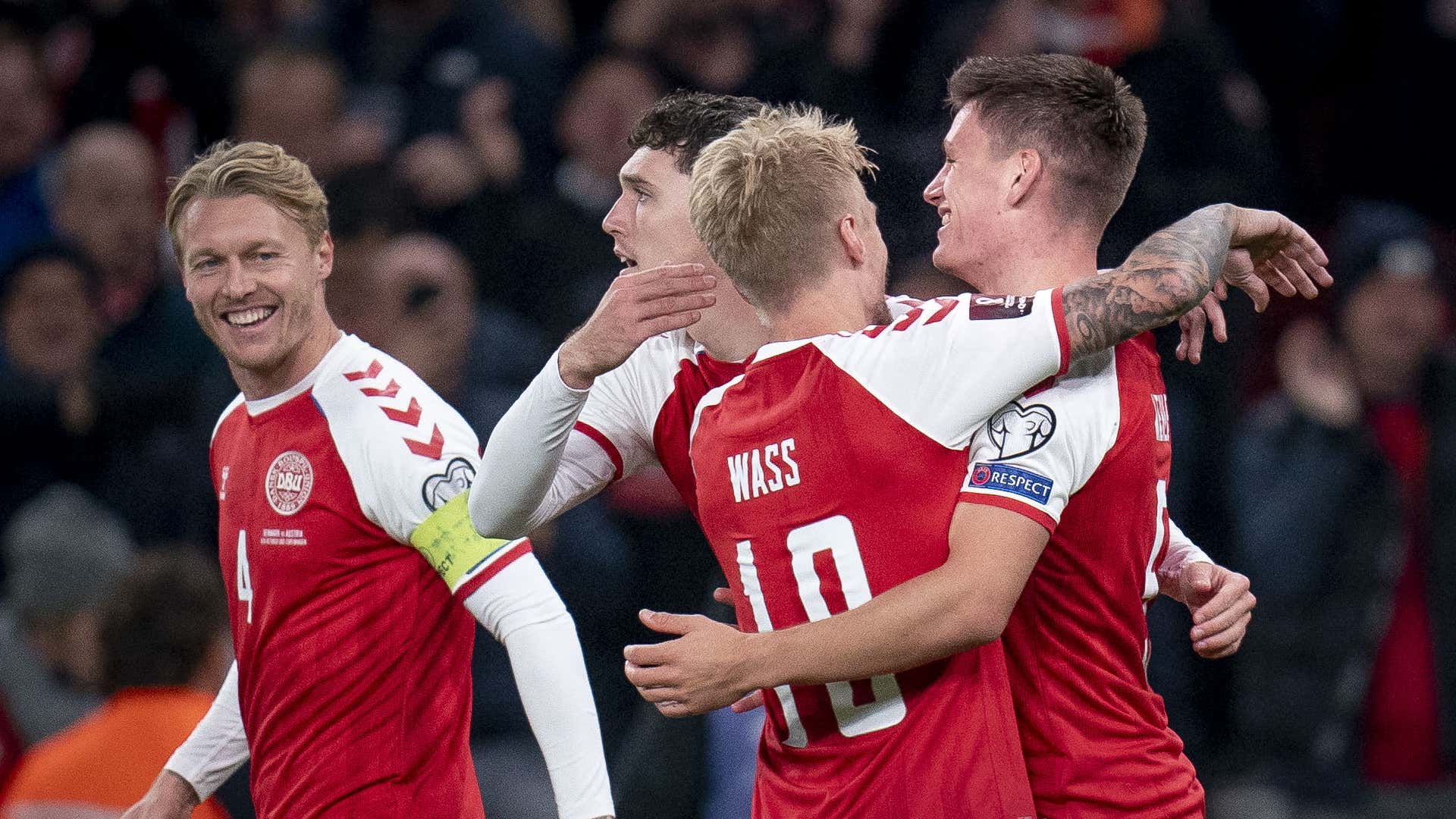 Denmark have qualified for the 2022 World Cup after beating Austria 1-0 on Tuesday.

Joakim Maehle scored the decisive goal as Kasper Hjulmand’s team preserved their perfect record in qualifying, making sure they will finish first in Group F.

The Danes are seven points clear of second-placed Scotland after eight matches, with two left to play.

How did Denmark qualify?

Denmark headed into the clash with Franco Foda’s team knowing a win would solidify their place at the top of the table.

Had Scotland failed to beat Faroe Islands, a draw would have been enough for the group leaders to go through.

Denmark have been untouchable throughout the qualifying campaign.

Not only have they won all of their matches so far, they have not even conceded a goal.

They are averaging over three goals per game, too, having scored 27 times.

Who else has qualified for the tournament?

Denmark are just the second European team to confirm their place in next year’s competition.

Germany booked their ticket the previous night when they ran out 4-0 winners against North Macedonia.

The only other team sure of a place in the World Cup finals at this stage are the hosts, Qatar.

Who can finish second in Group F?

Scotland are currently occupying the runner-up spot behind Denmark.

They now have 17 points after beating Faroe Islands 1-0 thanks to a late goal from Lyndon Dykes.

That result keeps them four points ahead of Israel, who beat Moldova 2-1 on Tuesday.

Austria have slipped to seven points behind Steve Clarke’s team after losing to Denmark.