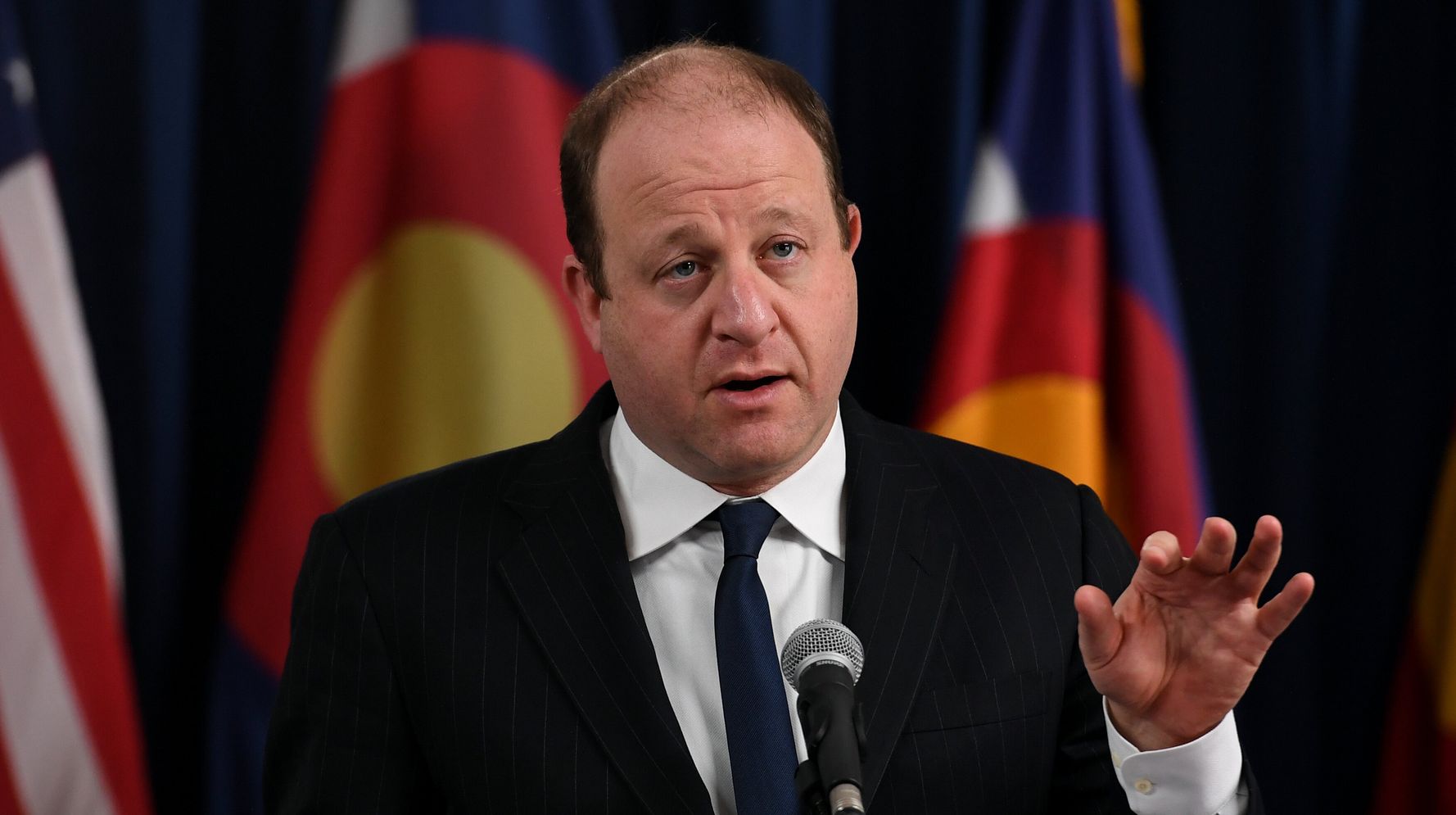 Colorado Gov. Jared Polis (D) has never been an orthodox liberal, but he veered even further from his party’s dogma during remarks at a conservative conference on Friday.

Speaking to the conservative Steamboat Institute’s Freedom Conference in Denver, Polis embraced eliminating the state’s income tax entirely. When moderator Hadley Heath Manning asked the governor what he thinks the income tax rate should be, Polis drew applause with his reply: “It should be zero.”

“We can find another way to generate revenue that doesn’t discourage productivity and growth,” he continued.

At another point during the conference, which also featured famed supply-side economist Arthur Laffer, Polis elaborated on his approach to taxation. He made clear that he would want any tax changes to be revenue neutral, and that he envisions replacing revenue from income taxes with taxes on other things, such as pollution.

“If we can move away from taxing income, which is something that you don’t want to discourage because we want everybody to make income, we want companies to make income, that’s a great thing,” he continued. “You’ll have a more pro-growth track tax structure that gets the right incentives in place to help grow when you want to grow and penalize things that are negative externalities.”

Polis, who previously served in the U.S. House, also expressed opposition to a state referendum that created a paid family leave program last year. He supports the program but believes “there were better models” for financing it than the 0.9% payroll tax the state adopted.

In addition, he said that he would’ve preferred if the federal government had given Colorado other kinds of aid to weather the COVID-19-related economic downturn in lieu of increases in the weekly benefit checks for people on unemployment insurance.

We can find another way to generate revenue that doesn’t discourage productivity and growth.
Colorado Gov. Jared Polis (D)

Polis, a multimillionaire internet entrepreneur, was a member of the Congressional Progressive Caucus during his decade in the House, but he’s never been a traditional progressive on economic policy. A proponent of corporate-friendly international trade agreements, among other things, he was the only Democrat to join the House’s Liberty Caucus, a hub for libertarian-minded Republicans such as then-Rep. Justin Amash.

Early on in his term, Polis made clear that he would like to at least reduce the state’s flat income tax rate. In 2020, he welcomed an ultimately successful GOP-backed referendum that reduced the income tax rate from 4.63% to 4.55%.

But Polis’ participation in the conservative conference on Friday alongside Laffer, who joined remotely, and Manning, director of policy at the conservative Independent Women’s Forum, was nonetheless remarkable — and that’s to say nothing of his newsmaking policy declaration.

Laffer, a staunch anti-tax crusader and architect of trickle-down economics whose signature idea is dismissed even by some conservative economists, was effusive in his praise for Polis ― or “Jared,” as he referred to the governor.

Laffer co-authors an annual scorecard of governors’ commitments to “economic freedom” for the corporate-backed American Legislative Exchange Council. Polis, he noted, is the only Democrat to crack the top 10 in the most recent scorecard.

But if Polis managed to abolish the state’s income tax, thereby becoming the first governor outside Alaska to do away with an already exiting income tax, Laffer promised that he would give Polis the top spot in his ranking.

In reality, repealing Colorado’s income tax is a nonstarter for Polis. Leaders of the Democratic-controlled state legislature have already rejected Polis’ calls for reducing the state income tax, let alone abolish it.

What makes Polis’ pronouncements so noteworthy is the revelation that he appears to share many of the core assumptions of free-market conservatives ― precisely at a moment when Democrats in Congress are solidifying their break with trickle-down theory.

For example, President Joe Biden has proposed paying for the $3.5 trillion reconciliation package with a rollback of many of former President Donald Trump’s tax cuts for rich people.

What Polis is proposing is “180 degrees at odds with what Biden is pushing,” Dean Baker, a senior economist at the progressive Center for Economic Policy and Research, told HuffPost.

But liberal economists such as Baker dispute the idea that taxes, especially those aimed at higher earners, interfere with economic growth. For one thing, to the extent that people dislike higher taxes, they may choose to respond by working harder to generate the same take-home pay rather than working less, as conservative economists warn.

And according to the Washington Center for Equitable Growth, average annual growth was higher in the 1960s and 1970s than from 1980 to 2016, when income taxes were significantly lower than in the preceding decades.

What’s more, while Colorado’s income tax is flat instead of progressive, income taxes are usually the vehicle for requiring wealthy people to shoulder a commensurately larger share of public service costs.

Flat taxes on consumption, even if they’re directed at harmful habits such as smoking, fall harder on poorer residents who spend a greater share of their income than those who are wealthy.

“For people who have to spend almost all of their income, [consumption taxes] amount to the same thing” as an income tax, Baker said.