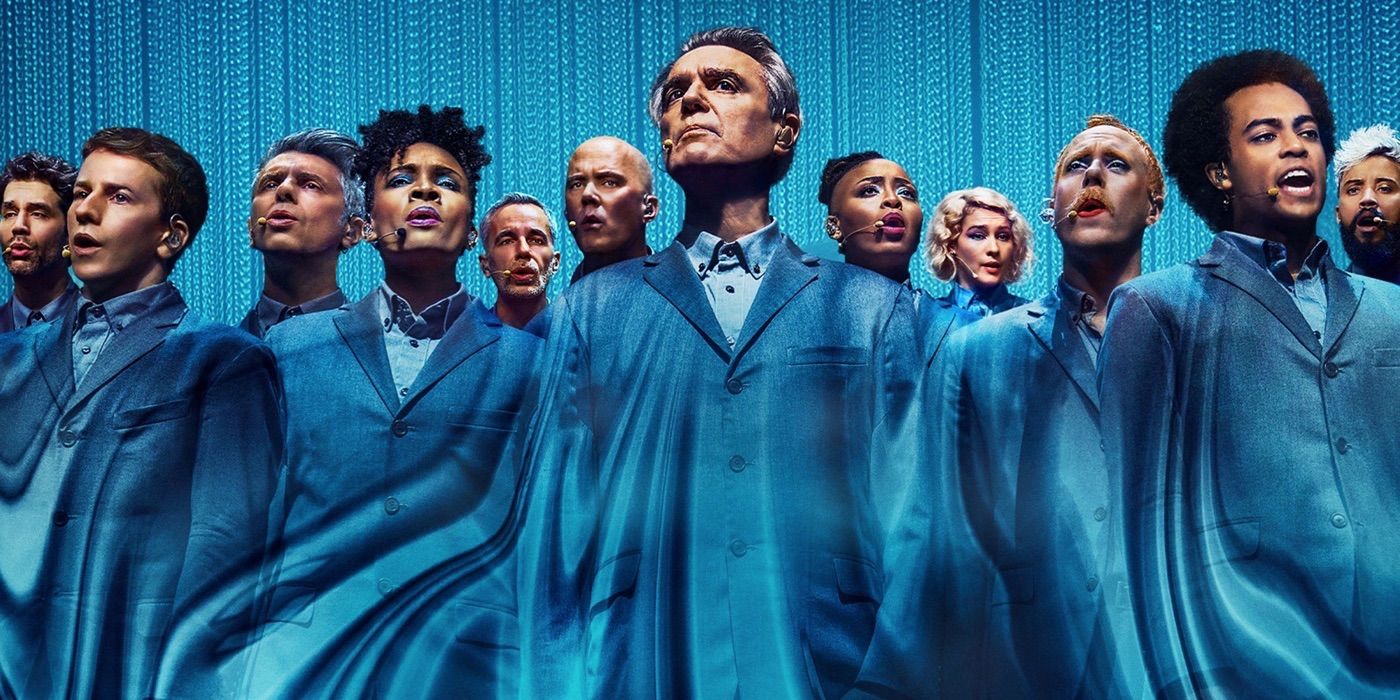 Iconic Events Releasing, Participant, River Road Entertainment, Warner Music Entertainment, and HBO Entertainment have announced that David Byrne’s American Utopia will debut in theaters for an exclusive one-night-only event. A new introduction by David Byrne and a never-before-seen interview between Byrne and director Spike Lee will accompany the event, which premieres September 15.

The spectacular Emmy-nominated TV special created by the brilliant mind of Talking Heads frontman Byrne, directed by the Academy Award-winning Lee, and produced by HBO Documentary Films, 40 Acres and a Mule Filmworks, Todomundo, and RadicalMedia, was broadcast on HBO for the first time back on October 17, 2020. But it initially started as a completely sold-out 2019 Broadway run that dazzled the critics and mesmerized the audience. Along with 11 other musical artists from across the globe, Byrne combined songs from his whole career and put together a show that marveled the viewers in spite of possessing little to no accessories on stage except for the “stuff that matters most.”

David Linde, CEO of Participant, said that “American Utopia was initially released during an unprecedented moment in history, inspiring audiences to not just rejoice in music and dance but also participate as citizens in our democracy” and now, nearly a year later, this one-of-a-kind musical experience is coming to movie theatres all across the nation so fans can have the pleasure of enjoying the dynamic two-hour film on the silver screen.

We are certainly living through a moment in history in which a little Utopia is more than welcome, and it is with this thought in mind that American Utopia is not only coming to theatres on September 15, but it is also returning to Broadway, where it started and enthralled the public on September 17. You can find movie tickets at americanutopiaintheaters.com, and for the Broadway show at www.americanutopiabroadway.com.

Bennet was set to star as Blossom.

Margarida Bastos is a native Portuguese writer with an avid interest in gaming, anime, theatre, books, film and TV. Essentially, everything that has to do with the multifaceted nature and fascinating power of storytelling. She has graduated from university in London with a BA in English with Creative Writing and is currently residing in Lisbon, Portugal. Other interests include Psychology, History, D&D, yoga and an unconditional love for animals.