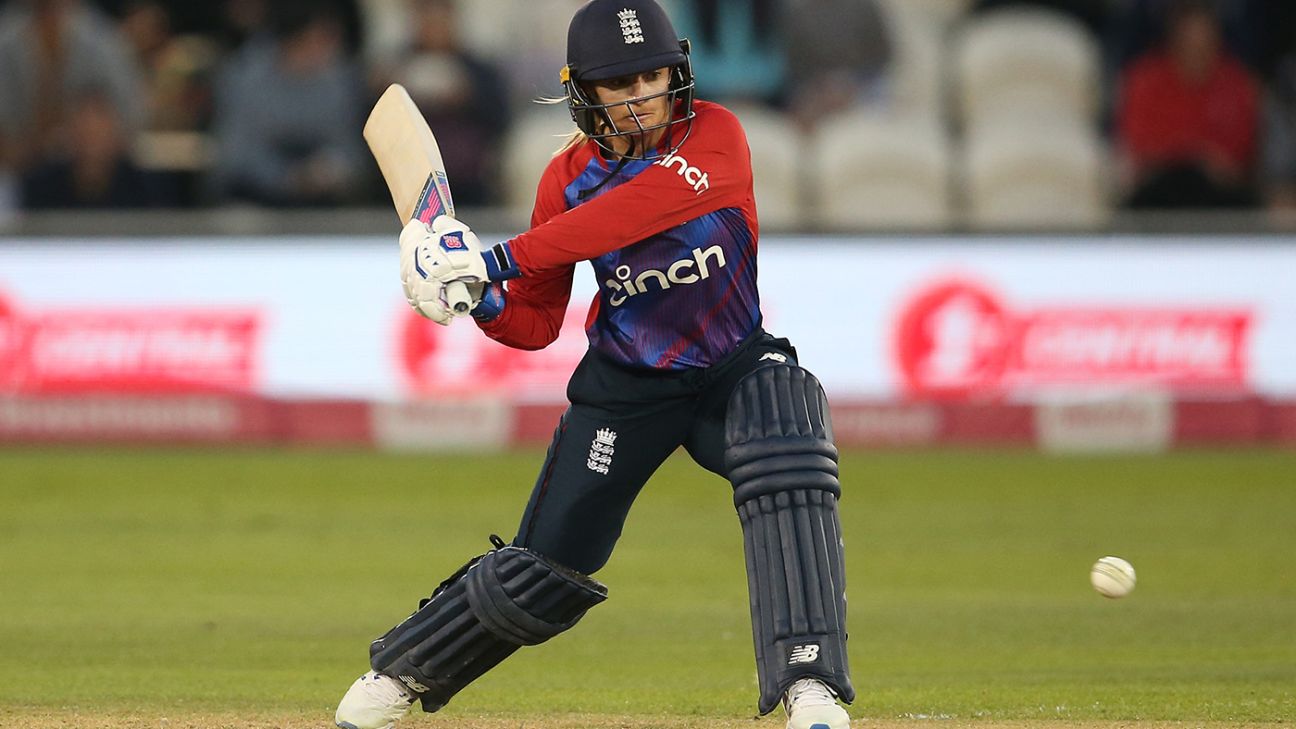 Danni Wyatt has been recalled to England’s ODI squad for the upcoming series with New Zealand, having missed out against India earlier in the summer.

Wyatt ensured her selection for the recent T20I series against New Zealand with a match-winning 89 not out in the final, series-deciding T20 against India at Chelmsford in July, having been overlooked for the ODI leg of the multi-format series.

Also recalled were Kate Cross, who took 5-34 in the second ODI against India in June, and Lauren Winfield-Hill. Both missed out on the T20s against New Zealand.

In line to make her international debut is Southern Vipers off-spinner Charlie Dean, who has been included in the 15-strong ODI squad.

Dean was part of England’s squad for the T20s against New Zealand but did not play, missing the first match after she and Vipers team-mate Maia Bouchier were identified as possible Covid-19 contacts. Bouchier made an impressive debut in the second match at Hove, scoring 25 off 24, and played the third, where she scored 1, but she was not included in the ODI squad.

Sophia Dunkley looks certain to add to her tally of three ODIs after enjoying a successful season through the India and New Zealand series and the Hundred.

Seam bowler Anya Shrubsole was also named in the squad, despite suffering an ankle sprain at training earlier in the week, which left her on the sidelines using crutches and in a moon boot during the third T20 with New Zealand at Taunton on Thursday.

Heather Knight, the England captain, suggested her side may rotate players through the upcoming ODIs to allow players to rest after a busy home schedule and to give others an opportunity ahead of the Ashes in Australia and the 50-over World Cup in New Zealand early next year.

Lisa Keightley, England’s head coach, echoed Knight’s thoughts ahead of the series, which includes five matches in different cities in the space of 11 days.

“We’re really looking forward to the Royal London Series,” Keightley said. “It’s a great test for us, and five more important ODIs ahead of the ICC Women’s World Cup next year.

“It’s a very busy schedule and we’ll need to work hard throughout it to ensure players are in the best position to get through it, and it may well be that we need to manage the group in order to do that.”