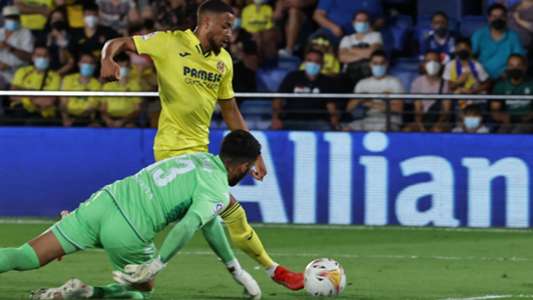 Nigerian descent Arnaut Danjuma put in a man-of-the-match performance in with his two goals that powered Villarreal to a 2-0 victory over Real Betis.

The 24-year-old scored a goal in each half of Sunday’s encounter as the Yellow Submarine return to winning ways after a 2-1 defeat to Manchester United in the Uefa Champions League and last weekend’s goalless draw with Real Madrid.

Danjuma broke the deadlock at the Estadio de la Ceramica on the stroke of half-time, following an assist from Francis Coquelin.

Nine minutes after the hour-mark, he doubled the hosts’ lead with his fourth La Liga goal of the season.

Danjuma was in action for 90 minutes before he was replaced by Senegal striker Nicolas Jackson in the stoppage-time.

Meanwhile, Algeria defender Aissa Mandi was in action for Villarreal against his former side and he put in a solid shift in the defence.

Nigeria winger Samuel Chukwueze did not make Unai Emery’s matchday squad as he continues his recovery from muscular injury he suffered towards the end of last season against Arsenal in the Uefa Europa League.

Sunday’s win pushed Villarreal to 11th in  La Liga table with 11 points from seven matches, a point behind Real Betis who have played a game more than them.

Danjuma, born in Nigeria to a Dutch father and Nigerian mother, is eligible to play for the Super Eagles despite making two appearances for the Netherlands.

He is yet to play for the Oranje since his last appearances against Germany and Belgium in October 2018 and it remains to be seen if he will get a chance to feature in Gernot Rohr’s team.

Since he joined Villarreal on a five-year deal at the end of the season, Danjuma has been in inspiring form and Emery highlighted how crucial the three points were for his team.

“We knew this match was key because it is against a direct rival. Last year, these matches against direct opponents were great experience,” the Spanish coach told the club’s website.

“This year, they’re a direct rival. Winning today, even though it’s a long season, was important. The team is very focused. Without a striker, we tried to find a structure where we were comfortable. It’s another brick in the structure we’re building.”