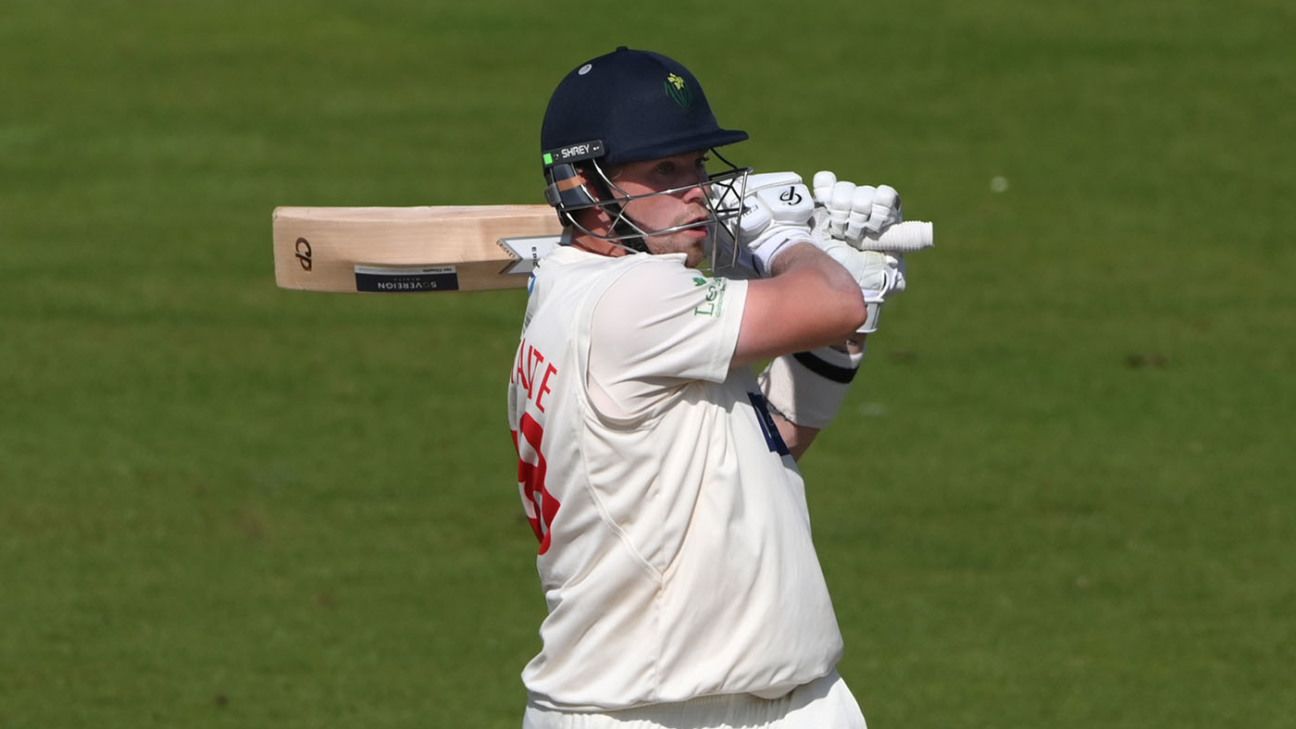 Dan Douthwaite and Andrew Salter put on a stand of 163 for the seventh wicket for Glamorgan to defy Durham on day three of their LV= Insurance County Championship Division Two clash at Emirates Riverside.

The home side appeared to be on their way to wrapping up victory in the afternoon session after reducing Glamorgan to 151 for 6 as Paul Coughlin claimed three wickets.

However, Douthwaite resisted with a stubborn 96, falling four runs short of a deserved century, with Salter more than playing his role remaining unbeaten at the close on 82. The visitors are still 73 runs shy of avoiding an innings defeat with three wickets remaining.

Glamorgan resumed day three on 71 for 2 still 335 runs behind the hosts. Rutherford made the most of a chance after being dropped in the final over of day two. The New Zealander struck early boundaries to notch his 36th first-class fifty and frustrate Chris Rushworth in particular from the Finchale End.

Eddie Byrom struggled to find the same rhythm as his team-mate, enduring a 34-ball struggle without adding to his overnight score before Coughlin found his inside edge to skittle his stumps.

Coughlin could have removed Kiran Carlson for a modest 5, but David Bedingham put down a routine catch at first slip. Rushworth was rewarded for his patience to secure his 50th County Championship wicket of the season when Rutherford’s vigil of 71 was ended with a tame clip to Alex Lees at square leg.

Carlson’s time at the crease was ended by a super inswinger from Raine before lunch, while Chris Cooke continued the procession after the break by edging a Coughlin delivery behind. Once the Glamorgan skipper was dismissed it appeared as though the hosts would canter towards a comfortable victory without breaking sweat.

Douthwaite and Salter had other ideas and ensured that the Welsh outfit battled on with a brilliant stand of 163, a record for Glamorgan against Durham for the seventh wicket. Douthwaite displayed patience to defy the hosts by scoring his third half-century of the season. Salter was equally stoic at the other end, registering his first fifty of the term from 132 balls.

Douthwaite passed his previous best in the County Championship and appeared poised to notch only his second first-class century. However, his attempt to reach three figures with a boundary cost him his wicket as Matthew Potts completed a routine catch at mid-on to hand Liam Trevaskis the wicket to break the partnership. Salter held firm before the close, continuing the fight for the Welsh outfit into the fourth day of the match.