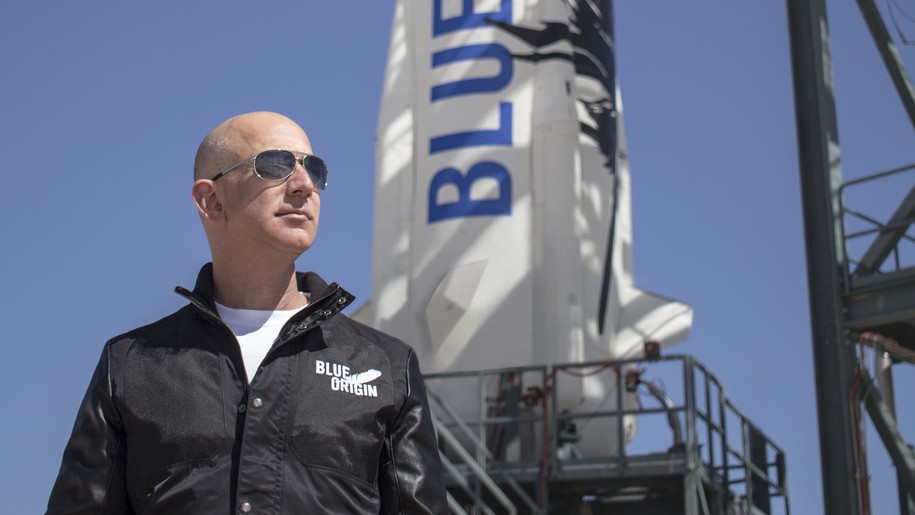 Twenty-one current and former employees at Jeff Bezos’ rocket company, Blue Origin, published an open letter on Thursday, saying they suffered from “dehumanizing” treatment that left some staffers with suicidal thoughts—all while the firm allegedly sacrificed safety measures in favor of speed.

“When Jeff Bezos flew to space this July, we did not share his elation. Instead, many of us watched with an overwhelming sense of unease. Some of us couldn’t bear to watch at all,” the workers said.

Alexandra Abrams, Blue Origin’s former head of employee communications, was the only named signatory on the letter, which outlines a wide range of grievances. She was fired from Blue Origin in 2019 and now works at Oracle. Others opted to remain anonymous, telling Fortune that they had signed non-disclosure or non-disparagement agreements and feared retaliation. In the letter, they said that they were “terrified of the potential consequences for speaking out against the wealthiest man on the planet.”

Yes, Bezos is wealthy, but is he really that scary? Sure, he’s suing NASA. And he could probably pass for a James Bond villain, if he didn’t wear hats large enough for the Duck Dynasty cast to use for a team sponge bath. But is Bezos really so diabolical?

You can judge for yourself. The entire letter, which was written by Abrams and 20 others, can be viewed here.

Here are some of the more jarring excerpts.

All of us joined Blue Origin eager to innovate and to open access to space for the benefit of humanity. We believe exploring the possibilities for human civilization beyond Earth is a necessity. But if this company’s culture and work environment are a template for the future Jeff Bezos envisions, we are headed in a direction that reflects the worst of the world we live in now, and sorely needs to change.

Workforce gender gaps are common in the space industry, but at Blue Origin they also manifest in a particular brand of sexism. Numerous senior leaders have been known to be consistently inappropriate with women. One senior executive in CEO Bob Smith’s loyal inner circle was reported multiple times to Human Resources for sexual harassment. Even so, Smith personally made him a member of the hiring committee for filling a senior HR role in 2019.

A male-dominated corporate culture that creates a toxic working environment for women, whose complaints go largely unheeded? Guess Bezos is reinventing the 1950s office climate as well as the 1950s space capsule.

And don’t forget the hypocrisy. We got your hypocrisy right here! Red hot!

What are the blind spots of an organization whose stated mission is to enable humanity’s better future, yet is rife with sexism? Blue Origin’s flaws extend further, unfortunately. The company proclaims it will build a better world because we’re well on our way to ruining this one, yet none of us has seen Blue Origin establish any concrete plans to become carbon neutral or significantly reduce its large environmental footprint.

That’s pretty bad. And just in case you thought the working environment was only poisonous for women, think again. Just as Amazon is a shitshow for everyone with a urethra, Blue Origin is apparently a sad place for anyone with emotions or a rapidly fraying sense of basic dignity. The letter states that “Memos from senior leadership reveal a desire to push employees to their limits, stating that the company needs to ‘get more out of our employees’ and that the employees should consider it a ‘privilege to be a part of history.’ One directive held out SpaceX as a model, in that ‘burnout was part of their labor strategy.’ Former and current employees have had experiences they could only describe as dehumanizing.”

The signatories also claimed that Bezos’ rush to beat fellow rich dudes Elon Musk and Richard Branson into space compromised their missions’ safety: “At Blue Origin, a common question during high-level meetings was, ‘When will Elon or Branson fly?’ Competing with other billionaires—and ‘making progress for Jeff’—seemed to take precedence over safety concerns that would have slowed down the schedule.”

Seems like just a portion of Bezos’ hulking dragon hoard could be productively applied toward making thousands of kids’ dreams come true, instead of just one obscenely well-heeled dork’s masturbatory fantasies.

As Abrams and her colleagues conclude in their letter, “At a minimum, Jeff Bezos and the rest of the leadership at Blue Origin must be held to account, and must learn how to run a respectful, responsible company before they can be permitted to arbitrarily use their wealth and resulting power to create a blueprint for humanity’s future. But beyond that, all of us should collectively, urgently, be raising this question: Should we as a society allow ego-driven individuals with endless caches of money and very little accountability to be the ones to shape that future?”

No, no, we shouldn’t. Actually, the choice could not be more clear now, could it?