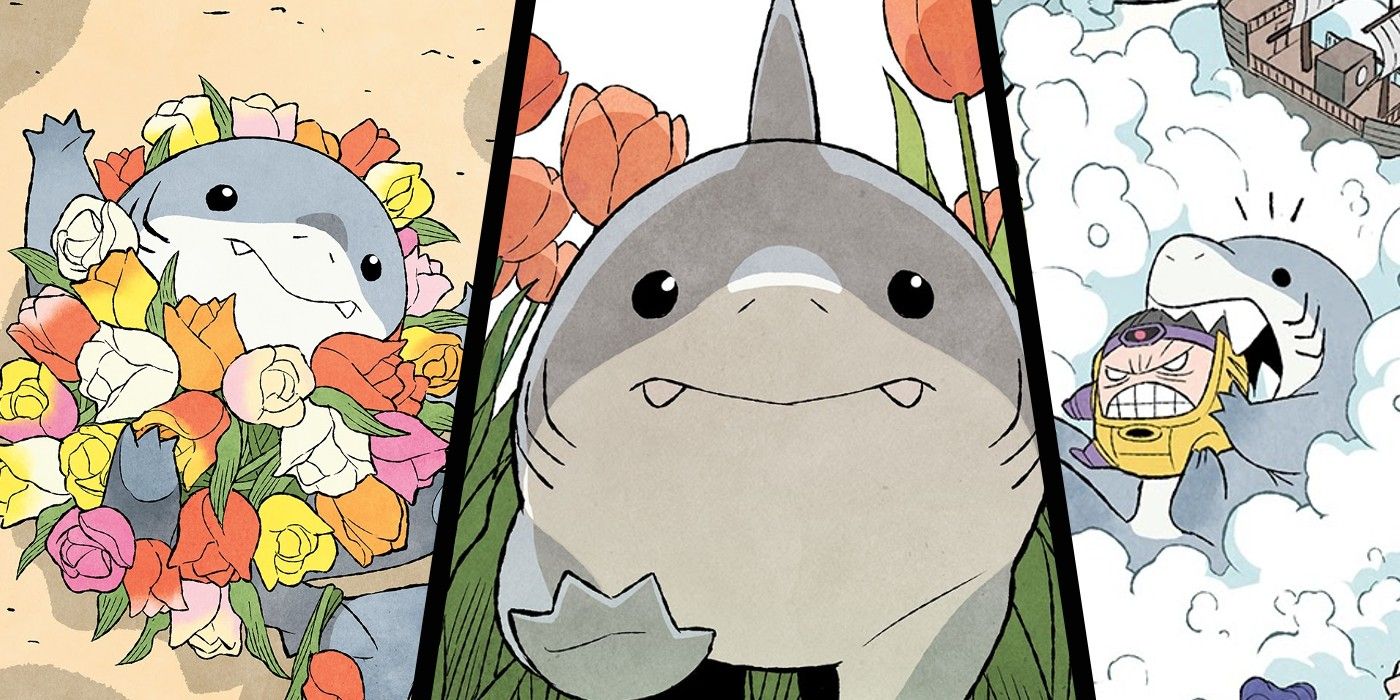 Marvel writer Kelly Thompson recently discussed Jeff the Landshark in one of her newsletters. How did Marvel’s most adorable character come to be?

Jeff the Landshark is Marvel’s cutest character and in a recent newsletter from Kelly Thompson, his development was revealed. The little shark has quickly become a fan-favorite in both the real world and Marvel’s universe. However, his origins are far more humble than readers may have previously believed.

Kelly Thompson is a comic writer best known for Hawkeye – starring Kate Bishop – and Jem and the Holograms. She has written numerous Marvel comics, including Deadpool, Black Widow, Captain Marvel, and Jessica Jones. She won an Eisner for Black Widow, and has been nominated for two others. She currently has a Substack newsletter, where she discussed the origins of Jeff the Landshark.

Related: Hawkeye Could Give the MCU Its Own King Shark (But Better)

Jeff’s first technical appearance was in West Coast Avengers #1 in 2018. His first official appearance was in West Coast Avengers #7 in 2019. He was co-created by Kelly Thompson and Daniele Di Nicuolo. According to Thompson’s Substack newsletter, the landsharks were meant to be a one-time obstacle for the titular team of young heroes. However, one shark amongst the bunch stuck out and with a few tweaks in design he became one of the most adorable characters Marvel has in its’ listing of heroes. This naturally comes as a result of his original design being combined with feline behavioral attributes cat-owners are incredibly familiar with.

Jeffrey the Landshark is definitely one of the cutest characters Marvel has introduced over the last several years. He has served as a pet for the West Coast Avengers and was given to Deadpool during his reign as King of the Monsters. Gwen-pool delivered him to Deadpool, believing Jeff would have a better chance of surviving comic book cancellations with him – after all, Deadpool tends to have a comic series rather consistently. Ironically, this series suddenly ended earlier this year with no signs of where Deadpool would pop up next. He currently has a Black, White & Red series, but his typically ongoing had left Jeff without a comic presence – the exact fate Gwen feared for him. Thankfully, Jeff is lovable enough to stand on his own and Marvel recently gave him his own comic: It’s Jeff: Infinity Comic.

Even without Marvel’s heroes to host him in their comics, Jeff has managed to find a way to stick around. As of this article, Jeff has appeared in seven issues of his own thanks to the creative team of Kelly Thompson and Gurihiru. His adventures are wordless, allowing a global audience to enjoy the adorable Marvel pet without linguistic boundaries. His antics and adorable design are universally understood. His design has changed since his first debut, as well as from book to book, making him cuter at every turn. His side fins appeared initially then seemed to be capable of being flat on occasion before they ultimately disappeared. As of late, artists have removed them entirely, going for a four-legged, singular dorsal fin, tailed appearance. Jeff has been seen running around New York, swimming in pools, enjoying laundry day, and sledding in the snow. With so much love for this character despite only being recently created, it wouldn’t be surprising to see him continue to make appearances in Marvel Comics. Marvel’s cutest character, Jeff the Landshark, definitely deserves all the love he’s getting from fans.

The X-Men’s Mistreatment of Colossus Just Cost Them Big

Samantha King is a Comic News Writer for Screen Rant. She has a B.A. in English & American Literature with a concentration in Shakespeare and a minor in Creative Writing from UTEP. She also has a M.S. in Library Science from the University of North Texas.

Samantha used to get in trouble for reading comics in class back in high school, but she gets the last laugh. She took a graphic novel course in college and now gets paid to write about comics. She runs her own blog at: www.therealworldaccordingtosam.blogspot.com