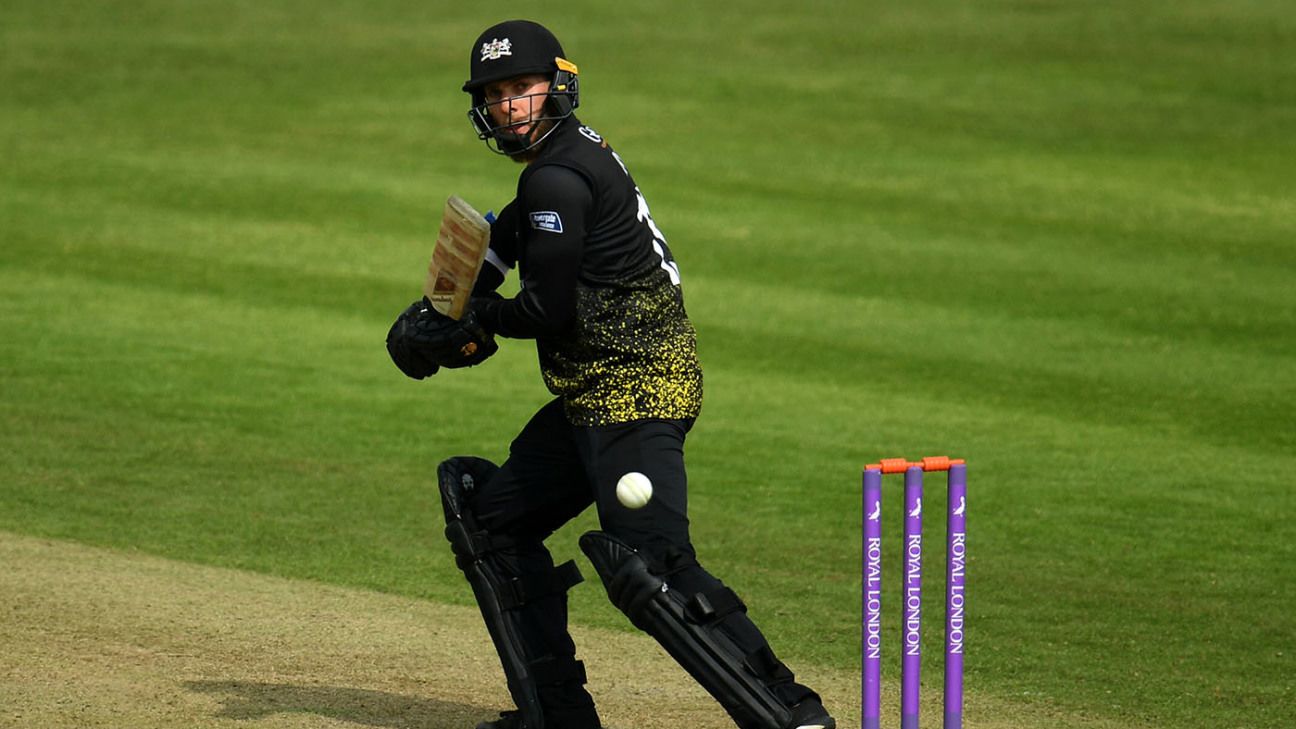 Chris Dent hit an unbeaten 112 as Gloucestershire cruised to an eight-wicket win over Kent Spitfires in the Royal London Cup at Beckenham, with 74 balls to spare.
Graeme van Buuren added an aggressive 51 not out as Gloucestershire closed on 219 for 2, leaving the visitors with an anxious wait to see if Lancashire would deny them a place in the quarter-finals by beating Essex at Old Trafford.
Ollie Robinson made his highest List A score of 75 but Kent failed to build on a solid opening partnership and were restricted to 218 for 9. Van Buuren took 3 for 34, with James Bracey taking five catches.

Gloucestershire began the day in sixth place in the table, but knowing they would qualify on points-per-game in third if they won and Lancashire lost to Essex.

The visitors won the toss and asked Kent to bat under unexpectedly cloudy skies.

Robinson was dropped on 12 and 21 and Kent advanced to 61 without loss, but the hosts toiled after Tawanda Muyeye pulled Jared Warner to Tom Smith at midwicket for 30.

Van Buuren then bowled Jack Leaning for 16 and had a disgruntled George Munsey caught behind off the next ball. Harry Finch bottom-edged the hat-trick ball for a single but fell in the next over for one, becoming Ollie Price’s maiden victim at county level when he was caught behind.

Robinson then edged Van Buuren behind and Bracey claimed his fourth catch of the innings when Josh Shaw found Grant Stewart’s inside edge and was out for six.

Darren Stevens gave Kent some hope with 40, but when he was caught by Bracey off Matt Taylor Kent were down to the bowlers, with six overs remaining. Harry Podmore made 19 but when he tried to accelerate he holed out to Taylor and Smith took a steepling catch.

Warner bowled Nathan Gilchrist for five and it was left to James Logan and Matt Quinn, unbeaten on 17 and 3 respectively, to nudge the total towards something defendable.

Just how defendable it was became clear as Gloucestershire marched to 72 without loss before Price was lbw to Leaning for 24 in the 12th over. Logan trapped Bracey lbw, attempting to reverse sweep for 23 and Muyeye was unlucky not to take his first Kent wicket when Dent was dropped on 70, but the Spitfires were doomed by failure to make any further inroads.

A Van Buuren six over midwicket sent a number of supporters to the exit and Dent reached his century with an edge through the vacant slip area for a single off Quinn, before cutting Stewart to the boundary for the winning runs.