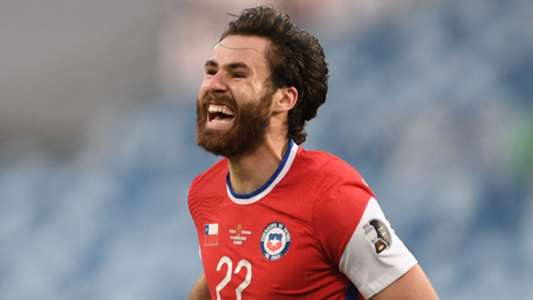 Chile is hoping for its first win against Paraguay in six years when it hosts Eduardo Berizzo’s side in CONMEBOL World Cup qualifying.

Both sides currently sit outside the qualification spots for the 2022 World Cup, knowing they need to pick up crucial points on the road to Qatar 2022.

Ahead of the game, Goal has the details of how to watch on TV, stream online, team news and more.

In the United States (US), Qatar 2022 World Cup qualifiers can be watched live and on-demand with fuboTV (watch with a 7-day free trial).

New users can sign up for a free seven-day trial of the live sports streaming service, which can be accessed via iOS, Android, Chromecast, Amazon Fire TV, Roku and Apple TV as well as on a web browser.

Chile has won just one of its World Cup qualifying games so far, leaving it nine points behind the automatic qualification places after 10 matches.

Arturo Vidal missed the 2-0 defeat to Peru due to injury and is likely to be absent again for the clash with fellow strugglers Paraguay.

Paraguay has drawn the vast majority of its qualifiers so far, sharing the points in six of 10 qualifiers.

As a result, it is still in touching distance of a place in Qatar, sitting just two points outside the play-off place and four behind an automatic spot in Qatar.

Antonio Sanabria is set to start up front, but is under pressure to score goals at international level as he has failed to replicate his club form for his country.