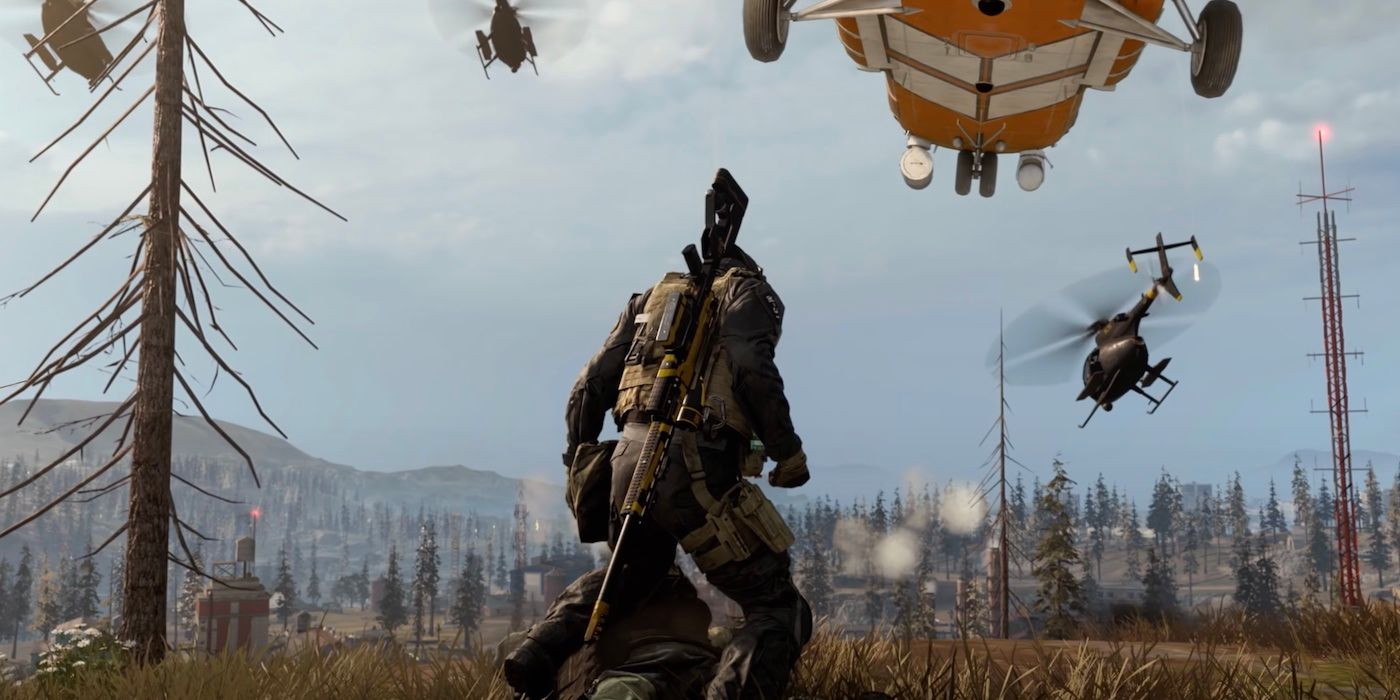 A cursed Operator briefly grows a third arm while parachuting into battle thanks to the weirdest glitch found in Call of Duty: Warzone.

Another strange glitch recently popped up in Call of Duty: Warzone, cursing a player to grow a third arm while being redeployed. Raven Software’s popular battle royale has been rife with glitches as of late, with players voicing concerns and requesting improvements – especially with cheaters looking to exploit the game’s issues. With the game currently in a state of disarray, its glitches can range from the hilarious to the game-breaking, like the problematic Warzone combat bow glitch.

With millions of players, it is to be expected that Warzone fans would run into a glitch or two. With such a large player base, newly discovered bug reports also travel quickly online, where prospective cheaters and hackers can easily learn about them. To potentially combat such exploits and hackers, Activision recently announced a new anti-cheating system for Warzone and Call of Duty: Vanguard. Raven will reportedly reveal more details about this feature in the weeks leading up to Vanguard’s release.

Reddit user acoolrocket shared a video of a new glitch, commenting, “Somehow grew a third arm there.” The player is shown to be swapping between Warzone’s Riot Shield and Kali Sticks as they drop back into the fight. Just before acoolrocket pulls their chute and lands, three arms pop up and brace for impact. The third arm disappears once the player is on the ground. Fellow Reddit users took notice of the glitch’s absurdity, with one commenting, “Dude, this scared me for some reason.” Another user joked, “[Half-Life 3] confirmed.”

The cause of this bug is up for speculation. It may be the result of two falling animations overlapping with each other, since the third arm only appeared during free-fall. Perhaps the third arm was supposed to be used for a weapon animation and it appeared due to the constant switching. Operators hold one Kali Stick for each hand, leaving the third hand in question for the Riot Shield. However, it is not clear if this rare glitch can be replicated yet. While a brief third arm does not seem to be causing any problems to the game, it is entertaining to see.

Call of Duty: Warzone will be updated on September 8, with Season Five Reloaded launching on September 9. Hopefully, this upcoming patch will not only solve many of the game’s issues, but specifically combat shockingly sudden arm growths. Until then, players have time to figure out whether or not the glitch is exploitable – and having a third arm could add a serious advantage.

A freelance Game News Writer for Screen Rant, Chris Pavon is a graduate of Drexel University with an uncommon Bachelor’s Degree in Screenwriting and Playwriting. When he is not playing or writing about video games, Chris draws, writes fantasy scripts, records voice over, and watches movies and anime. Follow @TheChrisPavon on Twitter. Be sure to ask him about his favorite characters in Final Fantasy and Kingdom Hearts.