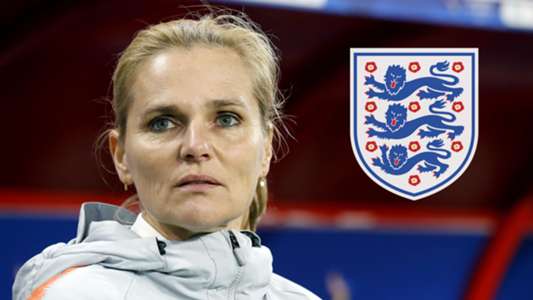 Sarina Wiegman has named her first England women’s team ahead of the upcoming World Cup qualifying matches this month.

The Lionesses will begin their campaign to qualify for the 2023 tournament with a home match against North Macedonia on September 17 before an away game in Luxembourg four days later.

But England will have to make do without Manchester City stars Lucy Bronze, Keira Walsh and Ellie Roebuck, who are unavailable due to injury.

Who has been included in the team?

Included in the list of 25 players are 16 members of the Team GB squad that reached the quarter-final stage of the Olympics in Tokyo this year.

Meanwhile, Manchester City’s Esme Morgan and Manchester United’s Katie Zelem could make their senior debuts for England after being called up again.

Experienced players Mary Earps and Lucy Staniforth are also back on the list after they missed out on recent international camps.

“I’m extremely excited to get started. After leading Netherlands in the Olympic Games it has been a quick turnaround to get ready for this important camp with England and the start of our 2023 World Cup qualifying campaign,” she said.

“Whilst we have a few injuries to key players to contend with, we have such a strong squad and I’m excited by the young talent we have called up for this camp.

“Of course, we have two challenging matches this month as we start our qualification for the World Cup in 2023, but we also have a strong focus on next summer’s home UEFA Women’s EURO. I can’t wait to see what we can all do together to bring success to England.”