Booster Gold Has Forgotten What It Means To Be Truly Heroic 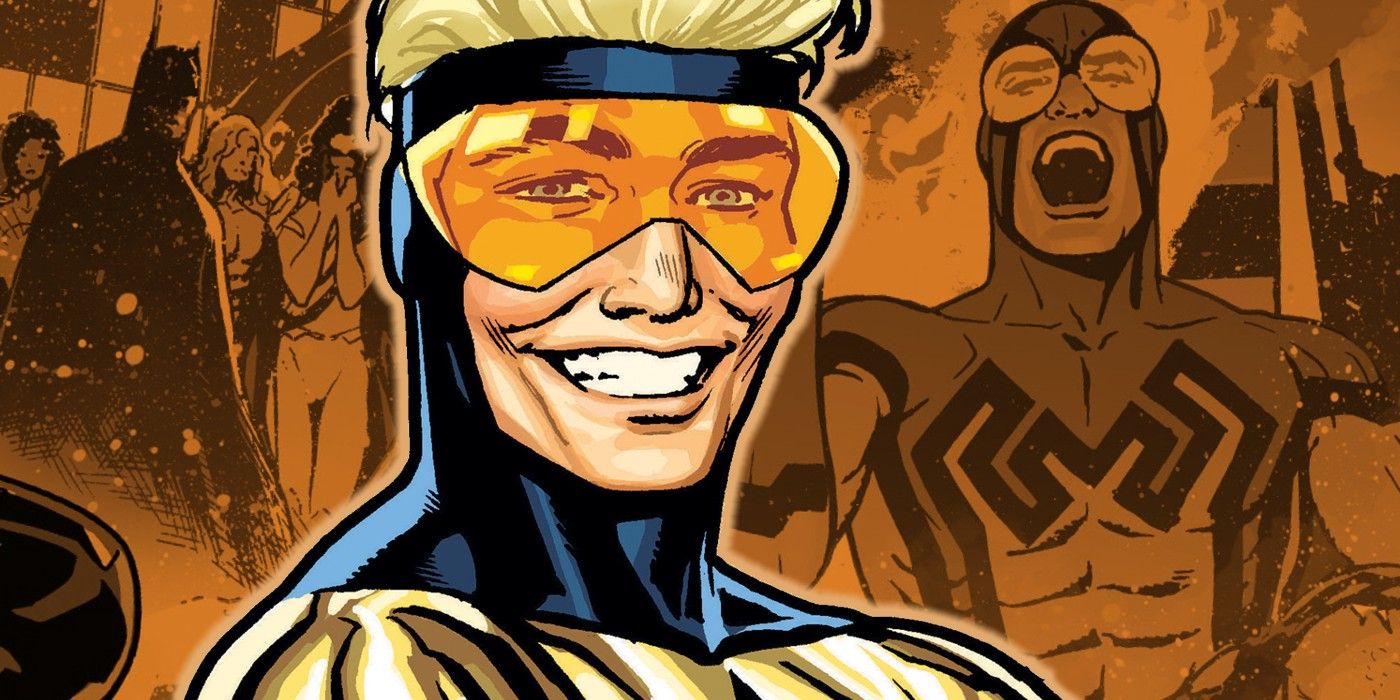 In the latest issue of DC’s Blue and Gold, Booster Gold considers an extreme plan to enhance his fame, but it’s an idea unworthy of a true hero.

While DC Comics’ Booster Gold has always been characterized as a lover of the spotlight, it seems as though he’s forgotten what it means to be a true hero. Having re-teamed with Ted Kord’s Blue Beetle in a brand new series, Booster has taken to live-streaming their exploits for all of his subscribers, always seeking more fame and the perks that come with it. However, Booster’s latest idea to get even more famous is very much an all-time low, and even the generally patient and tolerant Blue Beetle tells him to pump the breaks.

In the first issue of Blue & Gold from writer Dan Jurgens and artist Ryan Sook, Booster and Blue Beetle actually saved the Justice League from what would have been their collective demise. Capturing all of their heroics on video, Booster thought for sure that saving the League would earn them spots among their ranks. However, while the League extended an invitation in private to Blue Beetle, they had zero interest in Booster and rejected him. Beetle declined and chose to stick by his bro flaws and all, deciding to find problems that only they could solve (and that the League might be too busy for.)

Related: Booster Gold is Back, and Getting Roasted By His Own Fans

However, the new Blue & Gold #2 sees Booster racing towards his death while strapped to a haywire self-driving car that’s about to careen off the side of a cliff. While Blue Beetle manages to save his friend, Booster wastes no time in chastising Ted for not having the cameras rolling for their live stream. While Blue Beetle responds that he didn’t want to fail and have Booster die while the world watched, this gives Booster one of the stupidest and most scummy ideas he’s ever had, as he begins to consider faking his own death. His logic is that the actual death of Superman “worked wonders” for Kal-El’s fame when he died at the hands of Doomsday. Blue Beetle is thankfully smart enough to shut Booster’s idea down right away.

While Booster has always tried to scheme his way into gaining more recognition as a genuine and respected hero, faking his own death for fame is definitely a terrible idea. Furthermore, it’s doubtful that it would even work, given his history. The moment he made his theoretical “miraculous return,” there would no doubt be heroes and civilians alike – Green Lantern Guy Gardner among them – who would instantly see through the ruse, making his reputation as a poser even worse than it already is. Additionally, Booster Gold already faked his death and made a return in DC’s 52 series, though that was actually for heroic reasons when he saved the Multiverse.

Booster is someone who truly wants to do good, but his major flaw is his lack of scruples in how he pursues this goal. With Booster and Blue Beetle pursuing a new, street-focused approach to crime-fighting where the public can contact them directly, the fame-hungry hero has fewer checks and balances on his behavior than ever, despite showing every sign of being increasingly desperate for the spotlight. Thankfully, Blue Beetle understands his friend, warts and all, and is more patient with Booster than most. When Booster Gold forgets what it means to be a true hero (like in this issue), Blue Beetle is there to help remind him – an essential dynamic as the two embark on their newest venture.

More: DC Admits You Need To Be Rich To Join The Justice League

Kevin Erdmann is one of Screen Rant’s staff writers. With a major in Cinema Studies and a minor in Comics and Cartoon Studies from the UofO, Kevin is pretty sure he’s writing for the right site. While Kevin is a huge Marvel fan, he also loves Batman because he’s Batman and is a firm believer that Han shot first. Disney also shares a big part of his fan patronage. Kevin lives in Oregon with his wonderful wife and sinister cat who is no doubt currently plotting his demise.