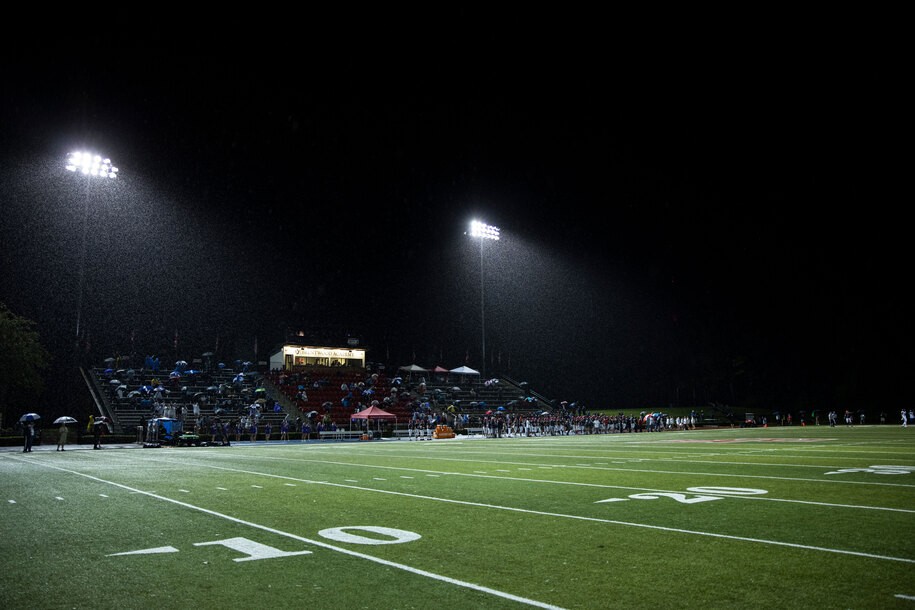 The first of what would be many signs of how problematic this situation was going to get came about after the game, when it emerged that Bishop Sycamore had played Sto-Rox High School northwest of Pittsburgh a mere two days before the now-infamous clash with IMG. That was a sign that the school had more fundamental problems than roster embellishment: No legitimate school would allow a football team to play two games in three days.

The alarm bells grew louder when I was unable to find any information about Bishop Sycamore on Ohio’s database of “community schools.” However, according to The Columbus Dispatch, in 2020 Bishop Sycamore was classed as a “non-chartered, non-tax supported school.” Reportedly, it was allowed to opt out of getting a state charter for religious reasons.

Unchartered schools are required to certify to both the state and the parents of their students that the school meets minimum standards. However, in its 2020 certification, the names of the school’s board weren’t listed, and it only claimed an enrollment of three students. How was it able to play six games (and lose them all) in 2020, then? Unchartered schools in Ohio are also required to send enrollment details to the local school district; as in most states, the local school district must account for any private school students in its attendance zone. However, officials at Columbus City Schools say that no such reports have ever been filed. Additionally, Bishop Sycamore claims to have partnered with two organizations with a combined 72 years’ experience to educate its students; however, one group mentions nothing about working in Columbus on its website, and the other group doesn’t appear to exist.

Ray Holtzclaw, parent of former quarterback and current Youngstown State tight end Judah Holtzclaw, recalled that when he enrolled Judah there, no one asked for any transcripts and Judah was told he only needed to take one class to play. As far as he knows, “none of the kids did any school,” he told The Columbus Dispatch. That meant a number of kids who left their high schools and transferred to Bishop Sycamore were effectively left without diplomas.

Bishop Sycamore has in the past claimed to hold classes at the library of Franklin University, a private school in Columbus. However, university officials told The Dispatch that talks about using space there collapsed last summer. Despite this, Bishop Sycamore listed Franklin University’s library as its address. Previously, it claimed to hold classes at an athletic complex in northeast Columbus, near the Easton Town Center. However, a complex employee said he couldn’t recall any classroom instruction being held there.

Ben Ferree, the former head of officiating at the Ohio High School Athletic Association, told Awful Announcing that he spent three years investigating Bishop Sycamore. He believes Bishop Sycamore is the same outfit as Christians of Faith (COF) Academy, an equally sketchy school founded in 2017 by Bishop Sycamore’s coach, Roy Johnson. Indeed, COF Academy had its charter yanked after the 2017-18 year in part because Ferree concluded it was a fraud. The school claimed to have 750 boys enrolled, a fantastical claim for a brand new school in the state capital.

COF, it turns out, was every bit as sketchy as Bishop Sycamore. At the time it was shuttered, it was under investigation for credit card fraud, counterfeiting, and other crimes. Additionally, multiple parents complained that the academics were inadequate; one parent was so disgusted that she flew her son back home to California after only a month. Former COF player Aaron Boyd told Complex that the academics were so inadequate that when he returned to his old high school in disgust after just one year, he had to repeat his entire junior year’s coursework to regain eligibility for his senior year.

Supposedly, Bishop Sycamore was started by several parents who believed in the original concept, led by Andre Peterson, a youth minister who serves as the school’s administrator. Johnson couldn’t be involved—only to turn up as head coach. But given Bishop Sycamore’s current sketchiness, that claim just isn’t believable.

Johnson was pushed out in the wake of the fiasco, but this reads as an attempt to throw him under the bus. For instance, as the school’s administrator/principal, Peterson could have and should have vetoed the idea of playing three games in two days—and didn’t. Johnson’s ouster proved to be too little and far too late; by Wednesday afternoon, Bishop Sycamore’s prospective opponents had canceled their games. The school is now so radioactive that it’s inconceivable that it will ever play another down.

All things considered, this is a searing indictment of Ohio’s approach to charter and community schools. Had anyone bothered to put two and two together, Bishop Sycamore would have never progressed to the point where it was unmasked on national television. Any investigation of this school will not be credible unless those who could have caught this travesty early are made to answer for it and real future oversight is implemented. Otherwise, the kids are going to be the ones to suffer.