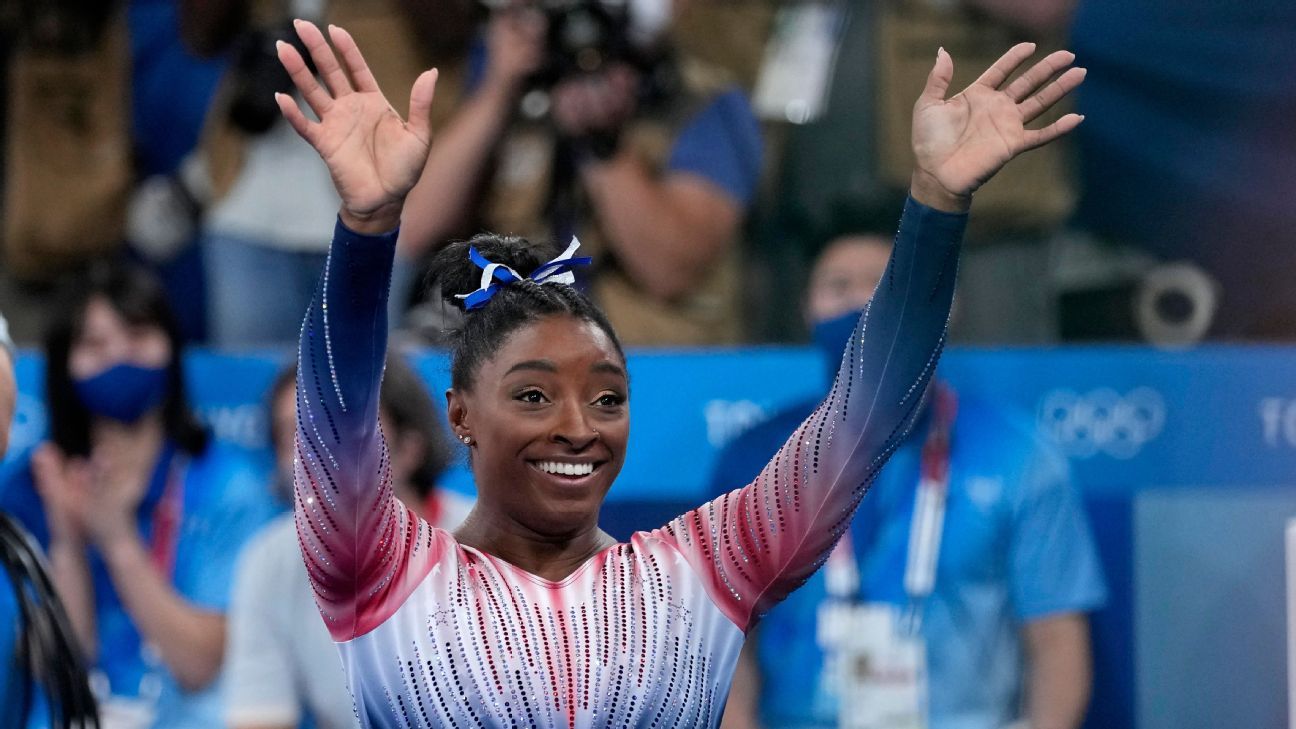 TOKYO — Simone Biles closed out her 2020 Olympic Games with a bronze medal.

After missing the finals on vault, uneven bars and floor exercise, as well as the all-around, Biles made her return to competition Tuesday — the last day of events for artistic gymnastics. She was greeted by a huge ovation from her teammates and hundreds in the Ariake Gymnastics Centre and went third on the event.

Biles, 24, displayed a slightly-altered and less-difficult routine than the one she performed during qualifying, but was solid throughout and needed just a small hop on her double pike dismount. She blew kisses to the crowd at its conclusion.

The reigning Olympic titleholder in the all around, as well as on vault and floor, and a 15-time individual world champion, Biles was widely expected to win multiple gold medals entering the Games. She qualified for all individual events, including in first place in the all around, last week.

Keep up with the Summer Games in Japan on ESPN: Read more »

She had withdrawn from the team final Tuesday, following the first event on vault, and told the media she had experienced “a little bit of the twisties” and no longer trusted her ability to compete.

Biles later opted out of the all-around competition, as well as the three other event finals. In a series of posts to her Instagram account Friday, Biles explained she was still experiencing the phenomenon, in which gymnasts feel like they get lost in the air, and said her “mind and body are simply not in sync.”

Her status for Tuesday’s beam final remained uncertain until Monday when USAG announced she would be competing, alongside teammate Sunisa Lee, in the last women’s artistic gymnastics event of the Games.

Biles has been seen and heard cheering on her teammates at every event over the past week, and they have lauded her leadership and grace despite the circumstances.

“It’s seriously cool to see her love and support and her cheering us on,” said MyKayla Skinner, who replaced Biles in the vault final. “And I knew she was going to be the loudest one in there [on Sunday] because she’s like, ‘I want you to make podium, I want you to medal.’ And she’s just been so awesome in the last couple of days. And after everything she’s gone through, it’s really cool to see how strong she’s being.

“So just to see how amazing she’s dealt with everything and all the horrible comments and just how people are responding to her. She is definitely one strong cookie and she’s definitely inspired me in so many ways.”

Skinner and their other teammates were heard returning the favor loudly on Tuesday, and yelled loudly for Biles (and Lee) throughout. Lee, who won the all-around title as well as a bronze medal on bars, finished in fifth.

Biles has not confirmed her future plans in the sport following the Games, aside from a headlining tour across the country.