Biden Defends Afghanistan Withdrawal: ‘I Was Not Going To Extend This Forever War’ 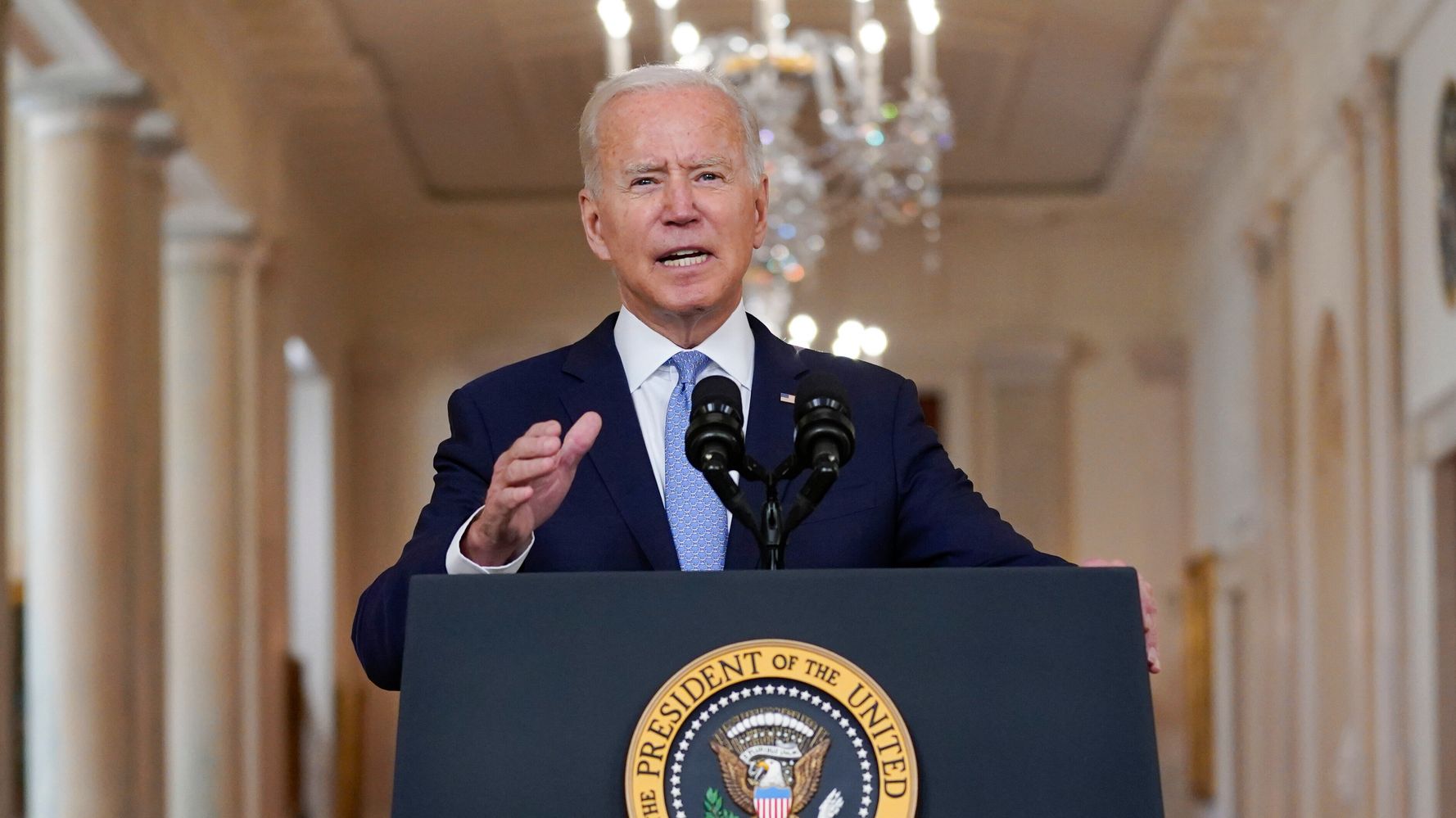 President Joe Biden stood by his decision to pull U.S. troops out of Afghanistan by Aug. 31, saying his decision to do so saved lives and ended America’s longest war, which had cost thousands of lives and trillions of dollars.

“I was not going to extend this forever war, and I was not extending a forever exit,” Biden said in a fierce speech at the White House on Tuesday. “I take responsibility for the decision.”

On Monday, the U.S. had finally withdrawn the last of its troops out of Kabul, officially ending America’s 20-year war with Afghanistan. Since Aug. 14, the U.S. evacuated and facilitated the evacuation of about 124,000 people, around 5,500 of whom were Americans.

But the president stressed that the Trump administration’s agreement in March 2020 with the Taliban — which had taken over Afghanistan amid the quick collapse of the country’s government — required Biden to stick to a previously set deadline in order to protect American forces from being attacked by the Taliban. The so-called peace deal included releasing 5,000 prisoners back to the Taliban, allowing the group to build its presence in Afghanistan over the next year.

“Leaving on Aug. 31 is not due to an arbitrary deadline. It was designed to save American lives,” he said. “That was the choice, the real choice, between leaving or escalating.”

Biden said that his administration had reached out 19 times to Americans in Afghanistan since March, with multiple warnings and offers to evacuate. Some Americans made an earlier decision to stay, and then later wanted to evacuate, according to the president.

Echoing the Pentagon and State Department’s announcements yesterday, Biden said the U.S. will now take on the diplomatic mission of continuing to get out the remaining Americans who want to leave Afghanistan. The U.S. embassy in Kabul will remain vacant while diplomats assigned to Afghanistan will work out of Doha, Qatar, to ensure continued safe passage for Americans, Afghan partners and foreign nationals who want to leave.

“Now, some say we should have started mass evacuations sooner, and couldn’t this have been done in a more orderly manner?” Biden said. “I respectfully disagree.”

“Imagine if we began evacuations in June or July, bringing in thousands of American troops and evacuating more than 120,000 people in the middle of a civil war,” he continued. “There still would have been a rush to the airport, a breakdown of confidence and control of the government — and it still would have been a very difficult and dangerous mission.”

The war’s ending came on the heels of a terrorist attack near the Kabul airport that killed 13 U.S. service members and about 180 Afghans trying to leave the country. Responsibility for the bombing was claimed by ISIS-K, an Islamic State affiliate in Afghanistan considered more radical than the Taliban and an enemy of the fundamentalist group.

The U.S. responded by carrying out a drone strike that the administration said hit a suicide bomber on the way to the airport, though the attack also killed 10 Afghan civilians, most of whom were small children. Early Monday, ISIS-K fired several rockets at the emptying airport, one of which the Pentagon said was intercepted by its missile defense system.

The deadly bombings by ISIS-K led Republicans to demand Biden keep U.S. troops in Afghanistan in order to keep fighting the terrorist organization. But the president said that the U.S. is capable of fighting terrorism abroad without maintaining an indefinite military presence and that ISIS-K is a problem that the Taliban must deal with as it attempts to rule Afghanistan.

“This decision about Afghanistan is not just about Afghanistan. It’s about ending an era of major military operations to remake other countries,” Biden said. “We saw a mission of counterterrorism in Afghanistan. Getting the terrorists and stopping attacks morphed into counter-insurgency, nation building, trying to create a democratic, cohesive and united Afghanistan.”

The war cost at least $2 trillion and will be known for a directionless mission that military and political leaders repeatedly lied to the public about. The president said that the U.S. must support Afghans not through “endless military deployments” but through diplomacy, economic tools, international influence and humanitarian aid.

“If you’re 20 years old today, you’ve never known an America at peace. So when I hear that we could have, should have continued the so-called low-grade effort in Afghanistan, at low risk to our service members, at low cost — I don’t think enough people understand how much we’ve asked of the 1% of this country who put that uniform on, willing to put their lives on the line in defense of this nation,” Biden said.

“There is nothing low-grade or low-risk or low-cost about any war,” he added. “It’s time to end the war in Afghanistan. As we close 20 years of war, and strife, and pain and sacrifice, it’s time to look at the future, not the past. To a future that’s safer, to a future that’s more secure, to a future that honors those who served and all those who gave what President Lincoln called our last full measure of devotion.”