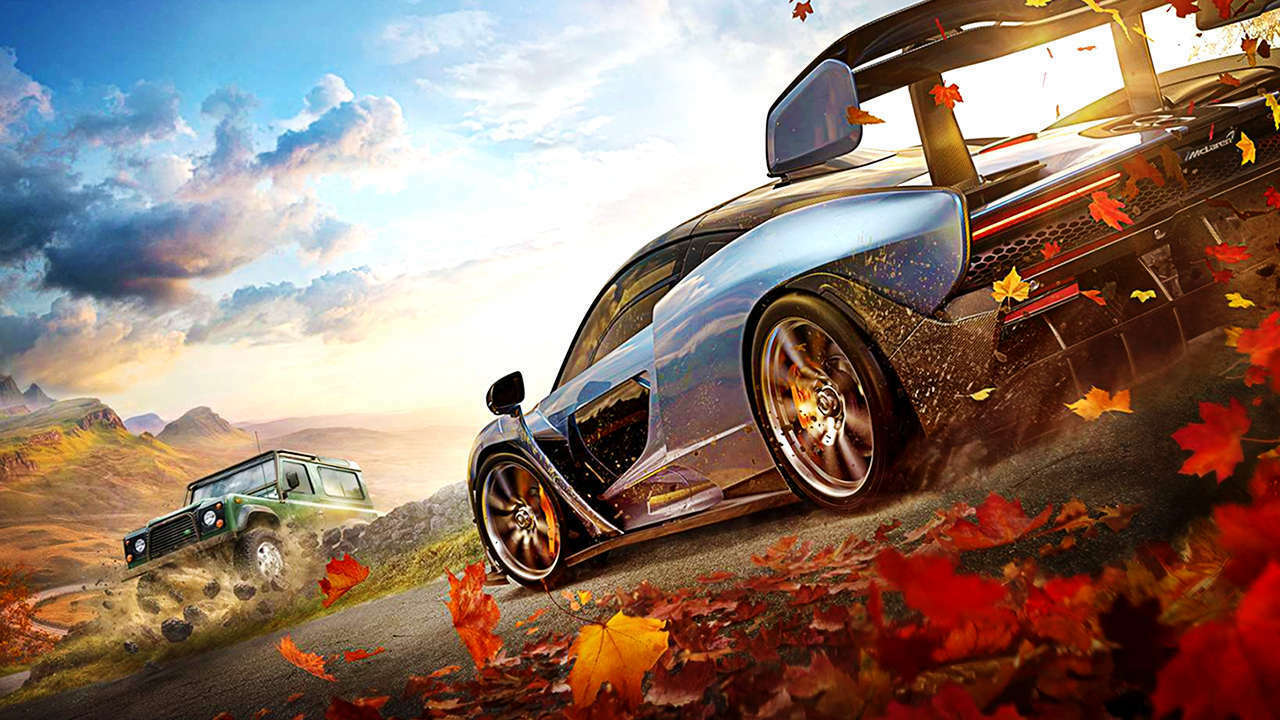 Next to Halo and Minecraft, Forza is arguably one of Microsoft’s most famous and recognizable franchises. The series debuted in 2005 with the original Forza Motorsport, and the racing series has released more than a dozen titles since then. With Forza Horizon 5 debuting in November, we’re looking back at the Forza series and ranking the entries in the main series, along with the Horizon sub-brand that debuted in 2012. We also included some other entries, like the mobile game Forza Street.

A free-to-play spinoff, Forza Street was released in 2019 from developer Electric Square. As the franchise’s first game developed specifically for mobile, it features a very distinct and unique setup from the rest of the main series, focusing more on fast-paced races. In a big shakeup from the main series, the cars automatically drive themselves, with players only responsible for braking and accelerating–the game takes control of the steering. Forza Street is also available on PC, but it doesn’t exactly compare to the rest of the series when it comes to presentation, gameplay, features, and support.

A partnership between Microsoft and Universal for Fast & Furious felt inevitable, and it finally happened in 2015 when Forza and Fast & Furious crossed over for a standalone expansion themed around the Vin Diesel movie series. The standalone racing game features about a dozen cars from the Fast & Furious franchises, including some that debuted in Furious 7, which was the latest entry at the time. The game also featured familiar characters like Tej Parker, with Ludacris returning to voice the expert mechanic. As for the gameplay, it involves taking part in over-the-top race challenges set in France, just like the movie.

A partnership between Microsoft and Universal for Fast & Furious felt inevitable, and it finally happened in 2015 when Forza and Fast & Furious crossed over for a standalone expansion themed around the Vin Diesel movie series. The standalone racing game features about a dozen cars from the Fast & Furious franchises, including some that debuted in Furious 7, which was the latest entry at the time. The game also featured familiar characters like Tej Parker, with Ludacris returning to voice the expert mechanic. As for the gameplay, it involves taking part in over-the-top race challenges set in France, just like the movie.

Three years after the original Forza Motorsport, Microsoft launched Forza Motorsport 2 in 2008 to great success and acclaim. Featuring more than 300 cars from 50 major manufacturers and a dozen tracks, Forza Motorsport 2 offers many different ways to play to suit your style and its assists were a welcome addition for players just learning the ropes. The game was praised for its innovations at the time like menus that told you where your car is damaged and the temperature of the tires, to simulate the real driving experience. At the time, we said in our review that Forza Motorsport 2 reaches the “precise brand of evolution you’d want from a sequel to the original Forza,” featuring a better driving model and an overall offering so deep that you could spend countless hours zooming around the tracks.

Released back in 2009, Forza Motorsport 3 was celebrated for being a step up from its predecessor in almost every way. Among its many new features and elements was a Rewind button that allows players to skip back in time after they crash or make a wrong move. The racing game was also praised for its online modes, which delivered new ways to play both with friends in a private match and against the community at large. There were new Drag and Drift events, along with team-based Cat and Mouse tournaments that afforded new ways to play. Here at GameSpot, we also enjoyed the game’s excellent soundtrack, featuring songs from artists like Alkaline Trio, Fall From Grace, and The Fratellis, among others.

2011’s Forza Motorsport 4 is perhaps best remembered for releasing around the time that Microsoft was pushing its camera-based Kinect technology. The camera could track players’ heads so they could look around, or it could actually control the car. Microsoft would go on to discontinue Kinect, but Forza Motorsport 4 showcased how such a setup could have worked, even if it didn’t offer the type of precise controls fans have come to expect from the series. Outside of the Kinect integration, Forza Motorsport 4 changed things up with its World Tour mode and made changes to how players unlock cars. And once again, the game was praised for its ability to cater to players of all different types of skill levels.

The very first Forza Motorsport game was released in 2005, meaning the franchise is celebrating its 16th anniversary this year. The game introduced Xbox fans to the simulation-style racing series that would go on to spawn numerous sequels and spinoffs. The original game was generally praised by critics. Here at GameSpot, we scored it a 9.2, with praise directed towards the game’s ability to mesh advanced sim elements into a package that was generally approachable to newcomers. It’s a design philosophy that has carried forward throughout the years across its numerous installments. The game certainly looks dated by today’s standards, but it proved to be a big success that became one of Microsoft’s most celebrated franchises overall.

The fifth installment in the Forza series, Forza Horizon was released for Xbox 360 in 2012 as the first spinoff of the racing franchise. Microsoft tapped Playground Games to develop the game, and the company would go on to acquire the UK outfit in 2018 after the sub-brand exploded in popularity. The big change from the main Forza Motorsport series is that Horizon is focused on non-track races and off-road competition in a big open world. The game is set in Colorado and sees players taking part in various races and competitions to make their way to the Horizon festival, which is where the game gets its name. It would go on to spawn multiple sequels and help elevate and differentiate the Forza series overall.

2013’s Forza Motorsport 5 from series developer Turn 10 was the first entry released on the new-at-the-time Xbox One console. It was actually a launch title for the Xbox One, and Microsoft went all-out, recruiting Top Gear hosts Jeremy Clarkson, James May, and Richard Hammond for voice roles in the game’s campaign. The game boasted gorgeous graphics (for the time) showing off what the Xbox One was capable of. The racing game also pushed the franchise forward with a clever use of the Xbox One triggers to provide haptic feedback about traction and stability, while the game was known to be welcoming enough for newcomers with its collection of assist features. “This is a game built on the romantic thrill of motorsport in all its forms, and that love for its subject matter is all but impossible to resist,” GameSpot’s Forza Motorsport 5 review said at the time.

2014’s Forza Horizon 2 was the second entry in the spinoff series, also developed by Playground Games and released as the first entry in the offshoot series on Xbox One. Set in picturesque locations across France and Italy, Forza Horizon 2 took some of the action off-road with races across fields and dirt, giving players a new type of driving experience. Similar in structure to the first game, Forza Horizon 2 has players taking part in various events across a campaign that unlocks more and more cars and settings as the game progresses. The game also welcomed a Fast & Furious crossover expansion, and we’ll talk more about that as its own entry later.

2015’s Forza Motorsport 6, featuring the new Ford GT on the cover, introduced a seemingly small but important element to the series: wet weather. Not only did the rain make for some unique artistic flair in the overall look of the game, but wet weather changed driving conditions and this made an impact on how the game played and what you needed to do and know to succeed on the track during a downpour. Night races were added to Forza Motorsport 6 as well, again mixing things up with the way the game looks and handled after the sun goes down. The game’s initial launch was followed up with a standalone free-to-play game called Forza Motorsport 6: Apex, which brought the series to PC with a different, experimental business model prior to Microsoft’s more inclusive releases.

The Forza Motorsport series continued in 2017 with Forza Motorsport 7 on Xbox One, at the time boasting to be the “most comprehensive, beautiful, and authentic racing game ever made.” The game was indeed a nice visual step up, boasting a 4K/60fps experience. The game added new environmental and weather effects, and the rain in particular glistened in stunning detail. There were an overwhelming 700+ cars in the game and 30 famous real-world tracks to race on. Similar to past games in the series, Forza Motorsport 7 was also praised for its feature-set that offered enough for seasoned fans to enjoy and was approachable enough for newcomers. It was also praised for its great diversity of driving experiences, letting people have the type of driving experience they want.

Forza Horizon 3 iterated and improved upon the first two releases in a number of ways. Released in 2016 and set in the sprawling and gorgeous environments of Australia, Forza Horizon 3 introduced stunning skyboxes that were based on real photographs and video, so when you looked up to the sky, it was actually the real Australian sky and clouds. Forza Horizon 3 has more than 350 cars and is set on what was the biggest Forza Horizon map at the time. The game featured new ways to race and drive, and in traditional Horizon fashion, there were special “showcase” events featuring races against speed boats and airships. Another notable aspect of Forza Horizon 3 was its online co-op that allowed up to four people to play cooperative or competitively at the same time.

Released in 2018, Forza Horizon 4 was seemingly a special one for developer Playground Games, being a “home” game of sort with its setting in Great Britain. In addition to its stunning environments and sweeping landscapes, Forza Horizon 4 is known for introducing changing seasons to the franchise, letting fans experience winter, spring, summer, and fall, complete with gameplay-relevant changes to the environment.. The game also featured more of an online focus, with dozens of players on a single server together. After launch, the game welcomed numerous expansion packs, including those themed around Hot Wheels and James Bond. The game also leaned into the battle royale trend with its Eliminator mode.