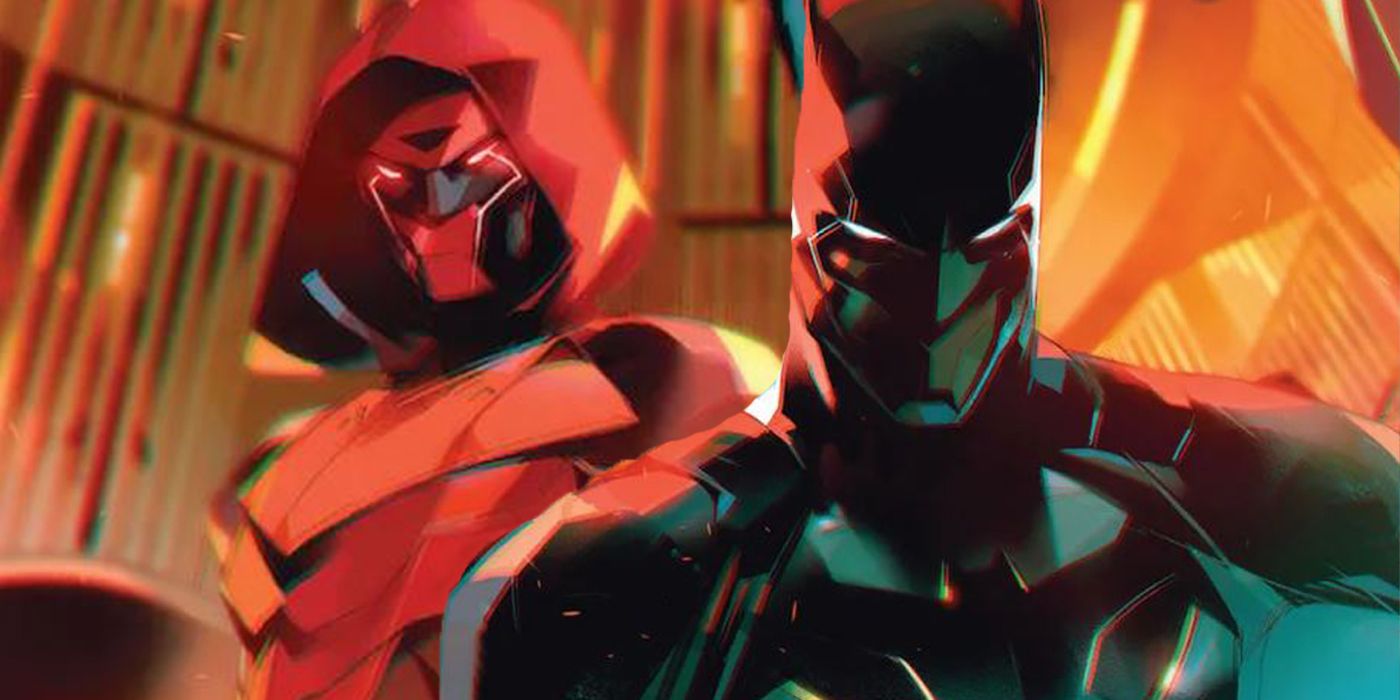 Batman and Red Hood fight to the death as a villain controls the Dark Knight in a new preview for Future State: Gotham #5 by DC Comics

Warning! Spoilers for Future State: Gotham #5 by DC Comics below

Batman and the Red Hood battle it out in a brand new preview for Future State: Gotham #5, as villainous technology forces the two heroes to fight to the death. As Warmonger uses Madhatter’s nanotech to try to take over Gotham City, both heroes will have to overcome being infected and work together to save their home before it’s too late. But can Jayce Fox and Jason Todd overcome their differences and work together, or will the tech leave one of them dead?

In DC’s Future State timeline, Red Hood has taken on the role of Peacekeeper Red, an agent of the Magistrate who takes down targets who fight against their oppressive regime. He’s tasked with hunting down the next Batman, who he’s told caused a massive explosion in Gotham City and is the number one wanted vigilante. However, after encountering each other at a prison breakout, a new villain, Warmonger, tells them he’s responsible for the bombing – and uses Madhatter’s tech to make the pair fight to the death.

In an exclusive preview of Future State: Gotham #5 by Joshua Williamson, Dennis Culver, Giannis Milonogiannis, ALW’s Troy Peteri, Batman, and Red Hood exchange blows in the Forge of Warriors, as Warmonger watches over, telling his audience (including Astrid Arkham) that one of them will die. Warmonger reveals he was saved by Astrid from the Magistrate putting him in a cyoprison, and intends to use the hattertech to control the city.

Warmonger urges them to keep fighting, revealing without constant commands of the infected heroes, they could break free of the hattertech’s control.

As the tech-controlled Batman gets ready to attack the Red Hood, Jason realizes he can block the hattertech by using his mask, as he puts it on his opponent’s face. Both Peacekeeper Red and the next Batman are surprised the mask blocks the transmission and frees them of Warmonger’s control. However, the villain doesn’t stand by and let them figure out how to get out of the situation – sending his own army at them. Peacekeeper Red responds by calling in backup to fight back.

Given the Magistrate’s hold on Gotham City, Jason Todd’s backup should be significant enough to free both him and Batman from Warmonger. But, will reinforcements arrive in time before the villain’s forces try to tear Batman and the Red Hood apart? Readers will find out more when Future State: Gotham #5 arrives in comic book stores on Tuesday!

Next: Aquaman’s Secrets Are a Lot Deadlier Than Batman’s