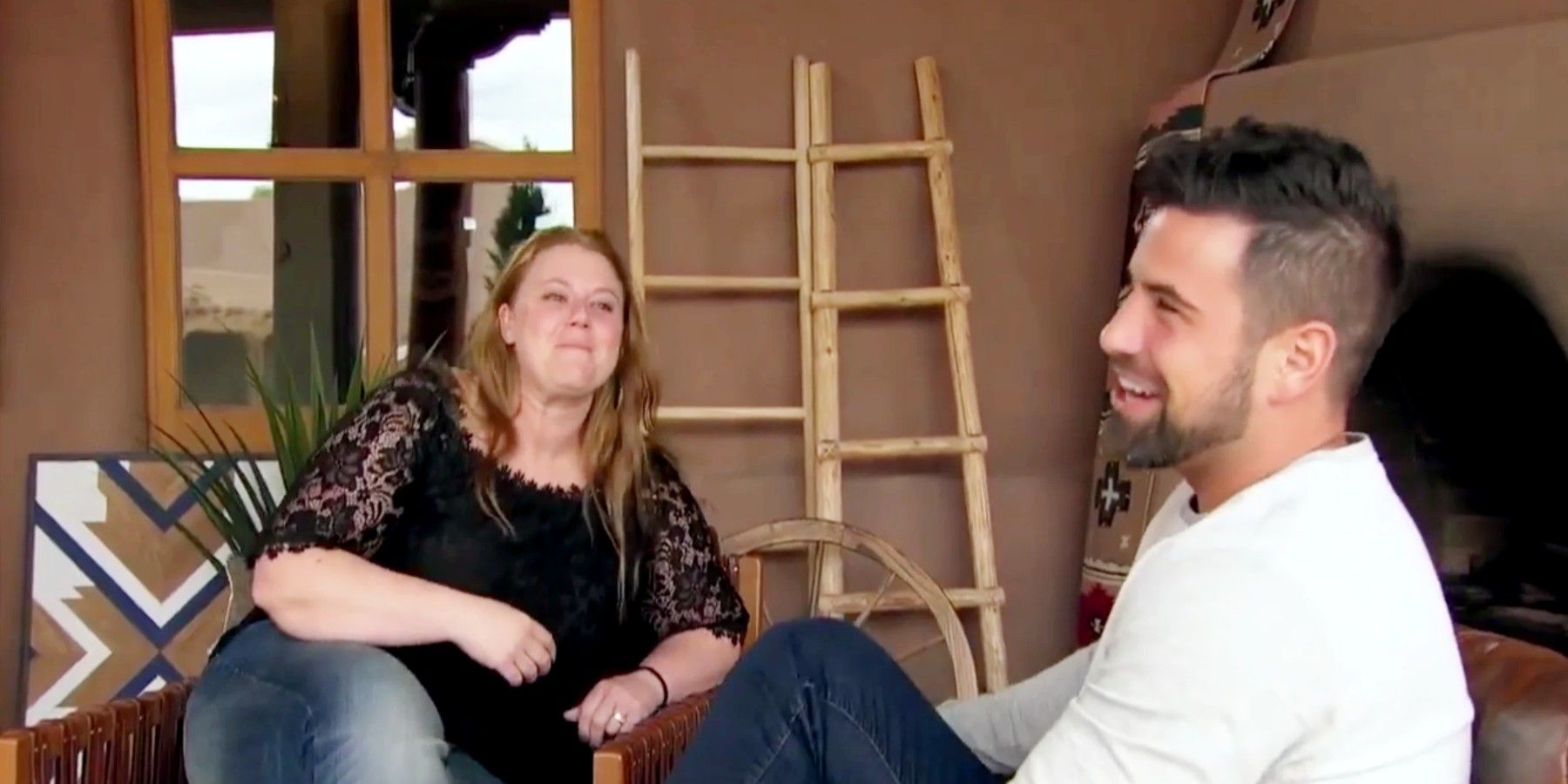 The Bachelorette star Katie Thurston’s Aunt Lindsey thinks she owes Blake Moynes an apology following her problematic treatment of him at hometowns.

The Bachelorette star Katie Thurston let fans know that her Aunt Lindsey thinks she may owe Blake Moynes an apology. Katie, whose season 17 journey just came to a close, ended up choosing Blake, who never had a doubt about Katie, in the end. While Katie went straight from Matt James’ season to being The Bachelorette, Blake had a little bit of a different journey. He first appeared on Clare Crawley’s season until Clare left early with another contestant, and Tayshia Adams took over as Bachelorette. Blake was ultimately sent home on his one-on-one with Tayshia before joining Katie’s season late. Blake reached out to Katie on Instagram via direct message (something he did with Clare, as well), but he didn’t meet her in person until he went on the show.

Katie’s season wasn’t drama-free, however. Greg Grippo self-eliminated from the show when he was one of only three men left. After confessing his feelings for Katie, he felt she didn’t give him the confirmation he needed to move forward. While some fans thought Katie was being too cold towards Greg, others think Greg became manipulative after this moment. On After the Final Rose, Katie even accused Greg of not understanding love, telling him, “I don’t think you know what love is,” after he said he emptied his heart out to her. Even though Greg was a frontrunner for most of the season, this cemented the end of their relationship and the beginning of Blake and Katie’s.

On the hometown date where the final contestants met Katie’s family, her Aunt Lindsey made quite the impression on Blake and viewers alike. While she billed herself as a strong woman, she came across as rude and condescending towards Blake. She even told him that if Katie chooses him (which she did), it’s because “we want you here, not because we need you here.” Some fans found her treatment of Blake problematic, and it seems like Aunt Lindsey is coming around, too. In a tweet Katie shared, she posted a photo of a family group chat with her aunt. “I legit feel like I owe this kid an apology,” Aunt Lindsey wrote. “Did I f**k him up so bad you had to take him to an energy healer.” Sam, another one of Katie’s family members, responded, “He handled you and still liked Katie afterwards, that’s good.” Sam also said Aunt Lindsey shouldn’t have to apologize for asking serious questions, and that Blake seemed like he could handle their family.

Blakes mom, Emily Moynes, even took to Instagram to chime in on the Aunt Lindsey drama. She posted a photo of herself looking at Aunt Lindsey on the TV with a hand on her hip. In the caption she wrote, “Thanksgiving dinner should be fun…” along with the hashtag “#Clinkglass.” However, she also posted a video of her family cheering on Blake and Katie as they got engaged, so she’s clearly happy for the two of them. Hopefully, the holidays won’t be too awkward for them.

It’s a step in the right direction for Aunt Lindsey to apologize to Blake because her treatment towards him did come off as problematic. Thankfully, it seems like Blake’s side of the family is excited about the engagement, so it doesn’t seem like the Aunt Lindsey drama had too much of an impact. At least Katie ended up happy with Blake at the end of her Bachelorette journey.

Next: Bachelorette: What We Know About Katie’s Neil Lane Engagement Ring