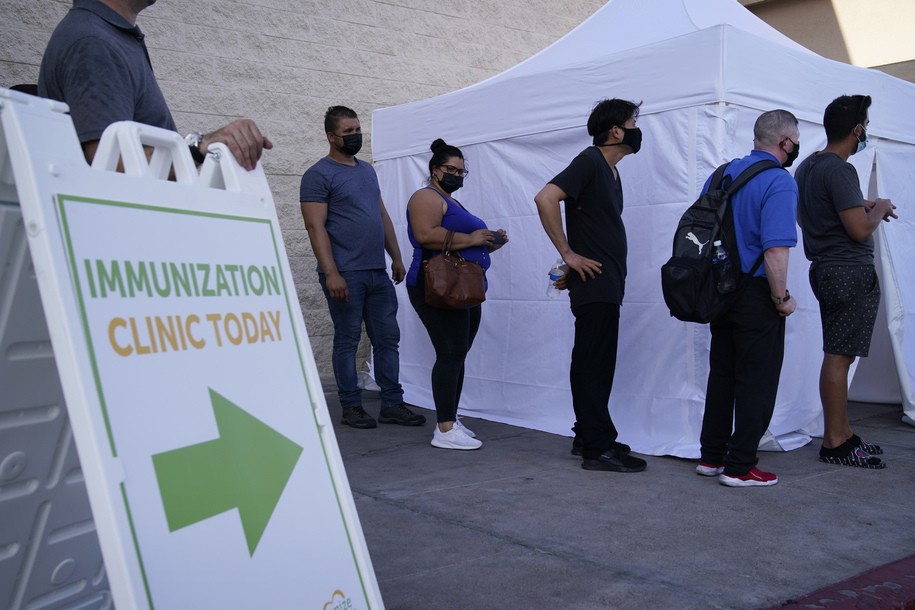 One north Georgia mobile vaccination event was canceled when protesters showed up because, “Aside from feeling threatened themselves, staff realized no one would want to come to that location for a vaccination under those circumstances, so they packed up and left.”

That’s not the first time something like this has happened. In January, when people were lining up, practically begging to be vaccinated and every dose that expired was its own little tragedy, anti-vaxxers shut down a mass vaccination site in Los Angeles for an hour. In May, a woman endangered vaccination workers when she sped her SUV through a Tennessee vaccination site. Protesters in Washington State intimidated teens going into a high school vaccination event. Anti-maskers are intimidating school boards around the country.

And all of those people are egged on by a constant stream of anti-vaccination, anti-mask messaging from Fox News and other right-wing news outlets.

If the people dying of COVID-19 because they refused to be vaccinated or wear masks were the only people affected, it would still be tremendously sad for them and their families. But it’s more than that—they’re helping the pandemic continue, they’re endangering people they intimidate out of getting vaccinated, they’re endangering kids in school, they’re weakening the nation’s public health infrastructure by harassing people out of the profession.

The fundamental responsibility for this, though, goes to the Tucker Carlsons and Donald Trumps and Sean Hannitys, who are themselves vaccinated but have encouraged their followers to take up opposition to vaccination and public health guidelines as a culture war, only to then drop in the occasional, too-little-too-late endorsement of vaccination to be rejected by the people they’ve already convinced that liberty requires support for COVID-19. Republican leaders and media personalities built this. The rest of us live with it.