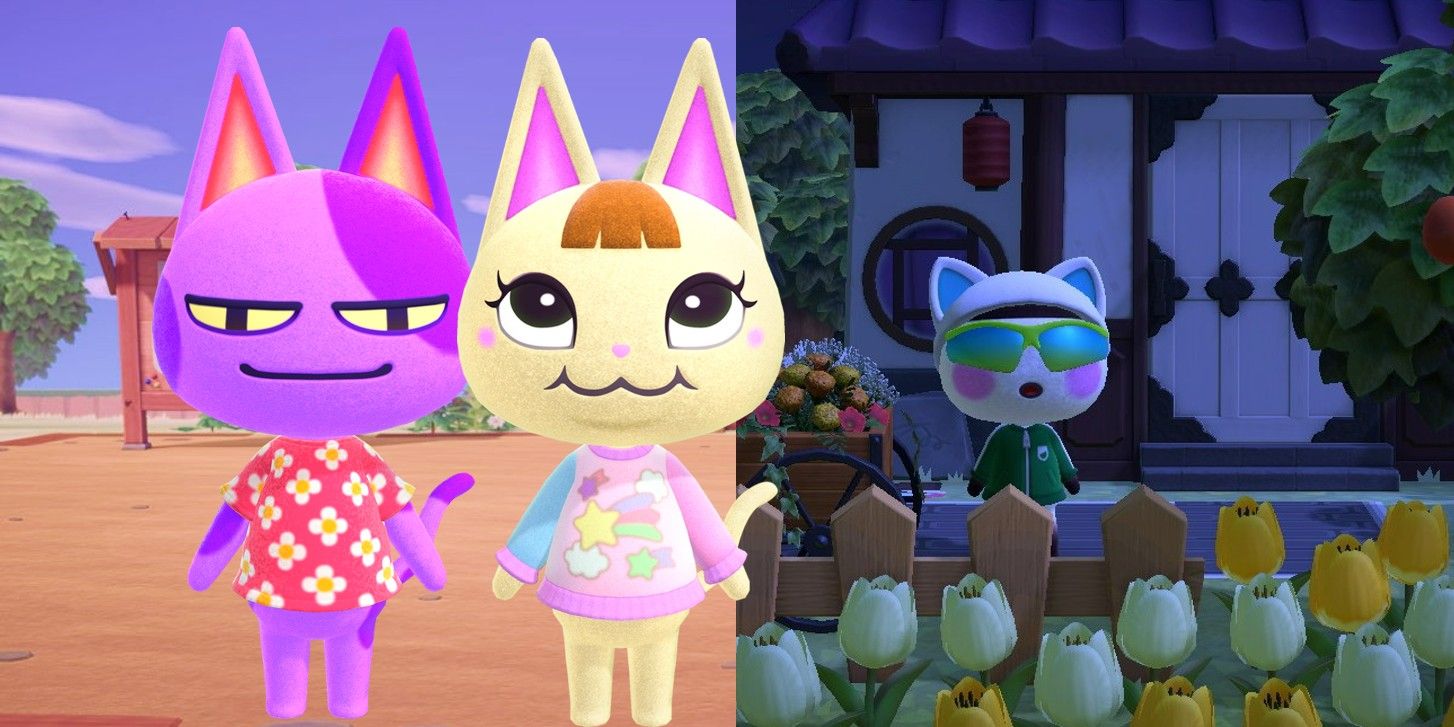 An Animal Crossing player has turned themselves into a cat with a cute costume design after being unable to find their own cat villagers.

A creative Animal Crossing: New Horizons player has become their own custom cat character after struggling to invite their “dreamie” cat villagers to their island. Cats are some of the most sought-after villagers in Animal Crossing, despite being the largest of the game’s species categories, with fan-favorites including Raymond, Tangy, Bob, and more.

The Animal Crossing series is home to hundreds of colorful and fun animal characters ranging from cows and chickens to dogs and cats. As players work through the game and build their island paradise, villagers will move onto the island, either randomly selected through move-ins and via the visitor campsite, or through players’ villager hunting across mystery islands using Nook Miles Tickets. Not all villagers are created equal, with some rarer and more desirable than others. While finding the perfect islander can be hard – and costly – players are able to purchase Animal Crossing villagers using in-game items and currency through the fan-made trading website Nookazon.

Unable to find cat villagers, Redditor and Animal Crossing player Fluff sell has turned their player character into a cat, with a custom outfit design inspired by the GenjiCat webtoon. By using dress-up items including the Flashy Pointy-Ear Animal Hat, large sunglasses, and adding white make-up to their face, Nukkamyy has become their own unique ACNH cat character. The cute makeover is a good way to bring some cat-related vibes to an island without needing to spend precious Nook Miles Tickets searching for what can be the rarest villagers in the game.

What Animal Crossing: New Horizons players might not know is that despite there being more cat villagers than any other species, they’re the hardest to find when looking for a specific cat. There are 35 species of villager in ACNH, and when villager hunting through mystery islands, the game will first generate one of the 35 species. Once this is decided, one of the animals from the category will appear on the mystery island. With 23 cat villagers available, players will have a 1/35 chance of finding a cat on a mystery island, and then a 1/23 chance of that cat being the one they’re hunting for (assuming they don’t already have a cat on their island). This is in stark contrast to species like octopi. With just three octopus characters in ACNH, players will have a 1/35 chance of finding one, and then a high 1/3 chance of it being a villager they’re after.

By transforming the player character into their own custom kitty, Nukkamyy will never have to roll the dice when it comes to cat villager hunting, but finding rare cats might be about to get easier. Players can invite set villagers to their island if they have the character’s amiibo card, and while popular cat villagers like Raymond don’t yet have their own card, a new series is coming soon. Nintendo has confirmed a fifth series of the Animal Crossing amiibo cards is on the way, which will likely introduce New Horizons-exclusive villagers to the collection. No release date has yet been announced.

Lara Jackson is a Senior Games Writer for Screen Rant, covering the latest gaming news and stories. She is a Women In Games award-nominated journalist, and recognized as one of She Plays Games’ Top 100 Influential Women in Gaming 2021. Lara is also an ambassador for mental health gaming charity, Safe in Our World. When she’s not playing games (or writing about them), she’s usually tweeting about her very large dog.