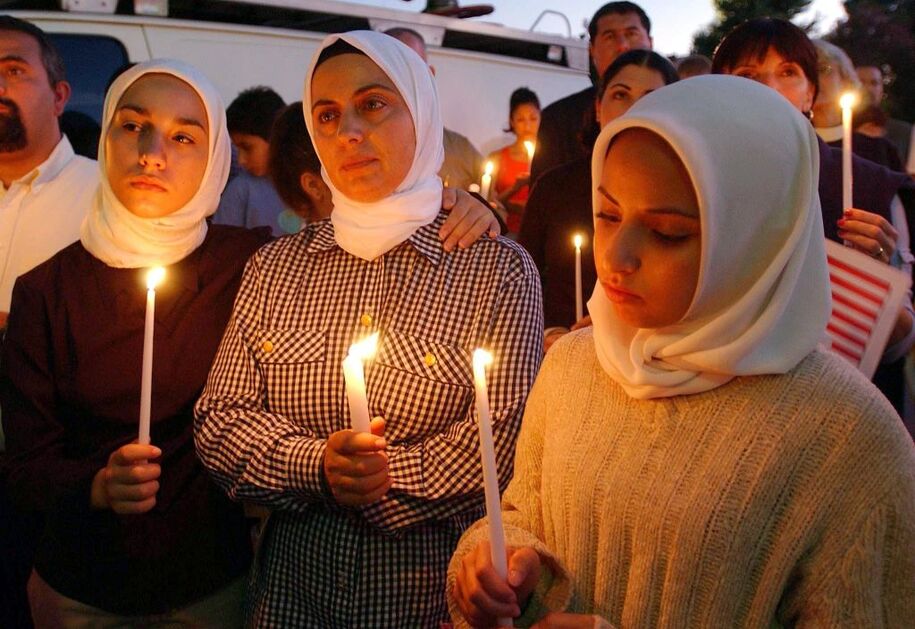 Today, a new generation is being catalyzed by multiple crises, including climate change, a global pandemic, and political polarization. How do we address these flashpoints with the hindsight of what has transpired over the past two decades? We can more effectively understand and respond to today’s crisis points if we acknowledge and reckon with the legacy of 9/11—and commit to changing course now.

The effects of policy decisions made after 9/11 changed the lives of South Asian, Muslim, Arab, and Sikh communities back in 2001 and continue to pervade all of our lives today. But the aftermath of 9/11 isn’t limited to our communities. The current surveillance state that criminalizes Black people has been exacerbated by post-9/11 policies that expanded the reach of law enforcement to spy on Muslim, South Asian, and Arab communities. The overwhelming allocation of resources to the military in the wake of 9/11 for the war on terror is partly why public health infrastructure is crumbling in the midst of a global pandemic. The alarming situation in Afghanistan since American troops withdrew exposes the failure of the U.S. to rebuild the region’s systems and institutions during the endless war. The Trump administration’s Muslim and African bans have an antecedent in the immigration and national security programs undertaken by the newly created Department of Homeland Security after 9/11 to profile people from majority Muslim countries. The high levels of hate crimes being reported by the FBI for 2020 are part of the trajectory of bigotry, Islamophobia, and xenophobia that led to violence, workplace discrimination, and school bullying against South Asian, Muslim, Sikh, and Arab communities after 9/11.

As we mark the 20th anniversary of 9/11, engaging in a process of honest reflection and reckoning could put us on the path to implementing alternative responses in the face of current and future crises. Such a process begins with an acknowledgment of what went wrong. Policymakers must acknowledge the role of the federal government in targeting marginalized communities after 9/11 and investigate the effects of programs such as the Alien Absconder Apprehension Initiative and special registration that led to interrogations, detentions, and deportations of thousands of Arabs, Muslims, and South Asians. These acknowledgments are the first step in ultimately changing policies such as the federal guidelines on racial profiling and dismantling initiatives that continue to harm communities such as the Countering Violent Extremism program.

An honest reckoning also means that we have a clearer understanding of the histories and perspectives of targeted communities that are often excluded from classrooms and the public sphere. According to a 2017 audit by the University of Wisconsin, only 26 states include 9/11 and the war on terror in public school curricula and even then, the emphasis is on national security with scant mention of the effects of Islamophobia, restrictions of civil liberties, or the human costs of military interventions. Teaching one-dimensional narratives about post-9/11 America means that young people do not have a complete historical perspective nor undertake any critical analysis about what has transpired over the past 20 years.

Thankfully, there are many resources to draw on. Teachers can benefit from the curricula developed by the University of Pennsylvania’s Teaching Beyond September 11th, Families of September 11, and the Costs of War Project. Numerous stories, case studies, and documentation provide information about the mental health consequences of Islamophobia, the rise in xenophobic political rhetoric, and the effects on working class communities.

Finally, our process of reckoning and course correction 20 years after 9/11 must be guided by movements led by South Asian, Arab, Muslim, and Sikh groups that have consistently anchored their messaging and advocacy in values and practices of solidarity. In the wake of 9/11, organizations and activists—many that were newly mobilized—engaged in crisis response including documentation, grassroots mobilization, and community defense. Today, groups like Vigilant Love, Justice for Muslims Collective, Partnership for the Advancement of New Americans, Jakara Movement, and others are working within and across communities, making the connections between Islamophobia and the war on terror with gender justice, refugee rights, and abolitionist movements.

On this momentous 20th anniversary of 9/11, let’s acknowledge what happened over the past 20 years and commit to breaking the cycle of vengeance, war, and bigotry. Let’s put in place new policies and programs anchored in compassion and justice while dismantling the architecture of the war on terror. Let’s commit to having honest conversations in our homes, classrooms, and public spaces about the full histories and perspectives of 9/11 and its ongoing impact. Reckoning with the legacy of 9/11 will give us a valuable roadmap to confront today’s generational crises with greater foresight and in solidarity with one another.

Deepa Iyer is a South Asian American lawyer, activist, and writer. Her book, We Too Sing America: South Asian, Arab, Muslim and Sikh Communities Shape Our Multiracial Future, received an American Book Award. She is currently the Director of Strategic Initiatives and SolidarityIs at the Building Movement Project and the host of the Solidarity Is This podcast. She was the former executive director of South Asian Americans Leading Together.