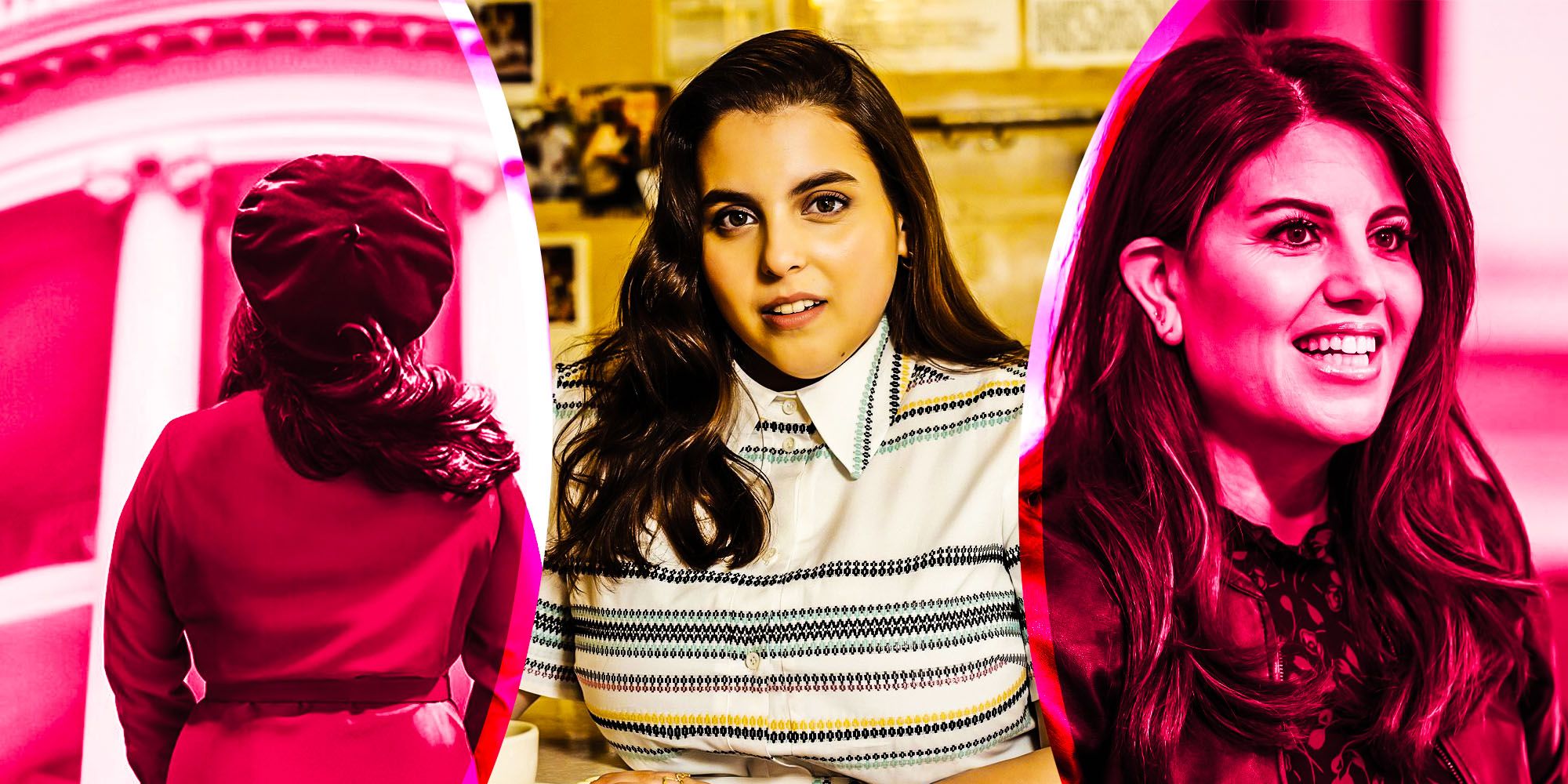 Ryan Murphy’s upcoming American Crime Story: Impeachment tackles the real-life impeachment trial of President Bill Clinton, with several notable actors taking on the real figures. This will be the third season of the American Crime Story anthology series, with the first series documenting the murder trial of OJ Simpson and the second detailing the assassination of Gianni Versace. American Crime Story season 3 was originally intended to document the life-or-death decisions made at a hospital during Hurricane Katrina, but Murphy scrapped the idea and went for the Clinton impeachment instead.

American Crime Story: Impeachment will take on the infamous sex scandal and the ensuing trial of President Bill Clinton in 1998. The scandal involved Bill Clinton, who was married to future presidential nominee Hillary Clinton, and 22-year-old White House intern Monica Lewinsky. The two began a sexual relationship that lasted multiple years, becoming a national sensation after Clinton, in a televised speech, stated he “did not have sexual relations with that woman.” The ensuing impeachment trial never took Bill Clinton out of office, but effectively ended the political career of the 22-year-old intern who was groomed by a man holding the highest position of power in the United States.

The season will premiere in September 2021 through FX, a year after its originally intended release date due to COVID-19 pushbacks. American Crime Story’s new season will be based on Jeffrey Toobin’s 1999 book A Vast Conspiracy: The Real Story of the Sex Scandal That Nearly Brought Down a President, and Lewinsky herself will be serving as a producer on the series. Here’s a look at the cast and characters of Impeachment and their real-life counterparts.

The central figure of the 1998 scandal, Monica Lewinsky, will be played by teen comedy Booksmart and Lady Bird actress Beanie Feldstein, who also happens to be actor Jonah Hill’s younger sister. Lewinsky will be portrayed throughout the affair and impeachment trial, dealing with one of the most high-profile cases of all time as a young woman while also having her reputation smashed by the opposing side. With Lewinsky also serving as a producer, Feldstein has all the tools she needs to bring the young intern’s story to the screen.

Linda Tripp played a key role in the Clinton-Lewinsky scandal as Monica Lewinsky’s close confidant while they both worked together at the Pentagon’s public affairs office, even being one of the few people Lewinsky told before the scandal’s critical stage. She was urged by literary agent Lucianne Goldberg to record her private phone conversations with Lewinsky wherein she prodded her to reveal more information about the affair. Tripp will be portrayed by Emmy-winning American Horror Story actress Sarah Paulson, who also starred as Nurse Ratched in Netflix’s Ratched series.

President Bill Clinton himself will be portrayed by English actor Clive Owen, known for his roles in Closer and Inside Man, the latter of which garnered him an Academy Award nomination. Clinton was in his last term of office during the trial and scandal revelation, facing one of the most infamous presidential trials in history. He ended up being acquitted of perjury and obstruction of justice charges in his impeachment trial, still being able to serve the rest of his term.

Character actress Margo Martindale of August: Osage County and The Millers will star in American Crime Story’s third season as Lucianne Goldberg. Martindale also won a Primetime Emmy Award for her role as Mags Bennet on TV thriller Justified as well as four Emmy nominations for her great performance as Claudia in The Americans. Lucianne Goldberg was the literary agent who advised Linda Tripp to secretly record her various phone calls with Monica Lewinsky. Goldberg was later influential in bringing the tapes to light, sending them to opposing Independent Counsel Ken Star and discussing them with the press, so she will play an instrumental role in the new season.

Best nown for his popular Billy on the Street internet series and recurring roles in Ryan Murphy’s American Horror Story seasons 7 and 8, Billy Eichner will play Drudge Report creator/editor Matt Drudge. The character’s role in American Crime Story will be as the foreman of the first outlet to publish the news of the Clinton-Lewinsky scandal.

Anthony Green, who only has four acting credits including a minor role in The Bourne Identity, will play Vice President Al Gore. At the time of the scandal, Gore was gearing up for his own presidential nomination following the end of Clinton’s terms. Gore wasn’t actively involved as a major player in the American Crime Story scandal, but the trial had lasting effects on the 2000 election, which saw him lose to George Bush.

Future presidential nominee Hillary Clinton will be portrayed by four-time Emmy winner Edie Falco, who portrayed Carmela on The Sopranos and the titular role in Nurse Jackie. At the time of the trial, Hillary Clinton came under a mountain of press accusations, focusing on how Bill had an affair during their marriage but she remained married to him in the aftermath. She also publicly supported her husband during the trial.

The bulk of American Crime Story: Impeachment’s drama begins with the trial of Paula Jones, a former Arkansas state employee who sued Bill Clinton for sexual harassment in 1994. Once Monica Lewinsky and Clinton’s relationship came to light, prosecutors pointed at how the American Crime Story figures had signed affidavits for the Jones case swearing they were not in a relationship, which was revealed to not be true. Jones will be played by Annaleigh Ashford, who previously starred in Showtime’s Masters of Sex as Betty and the Broadway musical Kinky Boots as Lauren.

Although previously scheduled to be played by Betty Gilpin, scheduling conflicts led to Cobie Smulders taking over the role of Ann Coulter. Smulders is best known for her Marvel Cinematic Universe role as Nick Fury’s sidekick Maria Hill and her How I Met Your Mother character Robin Scherbatzky. Smulders is playing the right-wing media pundit who became well-known for her criticisms of the Clinton administration, having a field day during American Crime Story’s central scandal.

Former Saturday Night Live cast member and real-life husband of co-star Cobie Smulders, Taran Killam will be playing Steve Jones, the husband of Clinton accuser Paula Jones. Steve was known to be aggressive and hostile with the media, with a clear hatred for Bill Clinton that will likely be detailed in American Crime Stories: Impeachment.

Next: Why Ratched Is Ryan Murphy’s Best Show To Date

Where Is Captain Marvel Going After Shang-Chi’s Credits Scene?

Jordan Williams is a Movie/TV Feature Senior Staff Writer for Screen Rant. She graduated from the University of Oregon in 2020 with a B.A. in Psychology and a minor in Media Studies.

Jordan is based in Seattle, Washington and enjoys exploring the natural beauty the PNW has to offer. She runs on coffee and classic movies, taking pride in having watched every film on AFI’s 100 Greatest Films list and every Best Picture Oscar winner.