All Agree: Better Voting Access and Security Are Needed | RealClearPolitics 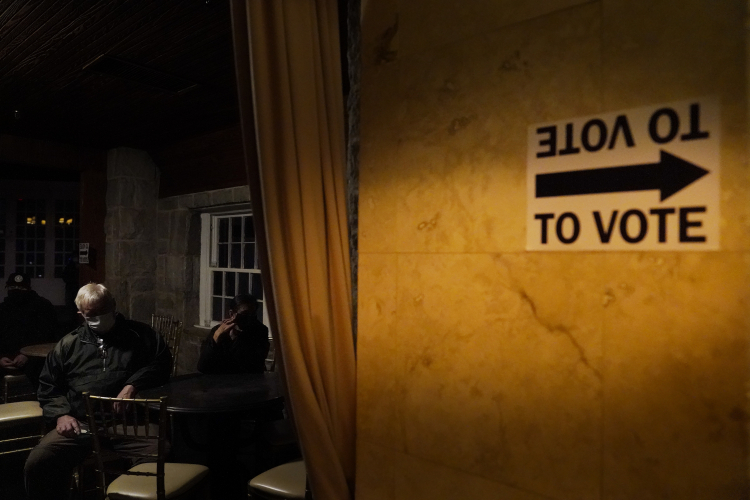 Preserving election integrity demands, according to Texas Republicans, that local election officials be charged with a felony if they send any Texas citizen the form to apply for a mail-in ballot without first securing that person’s permission to do so. Likewise, Georgia Democrats declare that voting rights will be trampled if local election officials who fail to follow longstanding state election laws have their operations superseded by Georgia’s secretary of state. Each side in these and many other election-law battles claims the other team is attempting to change the rules of the game in order to benefit itself. Each side is right.

When foxes and hawks argue over how to protect the chicken coop, one thing you can know with certainty is who is on the menu. You can also be certain that no matter what schemes hawks and foxes contrive in the name of poultry reform, they will at no point consult the chickens themselves. This is worth bearing in mind as Democrats cast about for means to push through the U.S. Senate some version of the John Lewis Voting Rights Advancement Act. Recently passed by the House of Representatives, this law would make every jot and tittle of state election rules open to challenge from politically appointed judges and U.S. Department of Justice officials. While no one can predict the precise nature of those challenges, we can be assured that they will be governed by calculations of how one party or the other will benefit from a forestalled reform here, an overturned redistricting decision there.

American voters certainly aren’t chickens, but we’ve been on the menu for decades. And though neither the hawks nor foxes steering our political parties are interested in voter opinions regarding how elections ought to be run in their states and communities, a close look at those opinions reveals that We the People are strongly united across the partisan divide. Teams Blue and Red may find nothing they can agree on beyond hatred for the other side, but everyday Americans agree on plenty.

Extensive survey and focus-group research conducted in recent weeks by State Policy Network in conjunction with Heart+Mind Strategies reveal that while our two major parties have positioned the battle over election laws as a contest between ballot access and ballot security, Americans want both, and do not consider strides toward one to come at the expense of the other. Thus do three-quarters say both that voting should be made easier and that people should be required to show a photo ID before voting.

Pundits and party leaders want to write off these seemingly contradictory preferences as evidence of voter confusion, but when we delve into them, we find there’s an ethos of fairness undergirding both positions. Nearly 80% of Americans report that it’s easy for them to vote personally, but they want to be certain that every qualified voter can say the same. That sense of fair play is also why they want a photo ID requirement — to ensure no one’s vote is stolen or canceled out by someone cheating the system. The fairness ethos also extends, furthermore, into strong support for ensuring that every qualified American can receive a photo ID.

While the foxes and hawks work overtime to portray voter access and vote security as opposing goals, the research makes clear that Americans are pragmatic enough to understand that these are actually complementary objectives. As voters come to believe that officials are making good-faith efforts to increase legal access to voting, the survey data shows them becoming more open to common-sense security measures designed to prevent voter fraud. Americans rightly see access and security working in tandem. Doing one makes the other work better.

The John Lewis Voting Rights Advancement Act, unfortunately, attempts to override the principles and concerns of everyday Americans. Majorities of Americans in both parties believe that registered voter rolls should be regularly verified and that someone needs to step in when local officials fail to maintain a transparent chain of custody over legally cast ballots. But the House bill would subject any such efforts to opposition from courts and DOJ lawyers. The law attempts to dress this up under the guise of merely intervening in areas with a past pattern of voting law violations, yet buried in the fine print are provisions like the one that counts as a “violation” any time the U.S. attorney general raises an objection to a state law. No matter what party controls the attorney general’s office going forward, you can be certain that 100% of AG objections will be lodged against laws passed by state majorities in the opposing party.

When all is said and done, everyone already knows this is a political exercise. It’s not about enacting the will of the people, or protecting the right of Americans to determine freely and fairly who will represent them. Little wonder, then, that American trust in the federal government to make decisions in our interest has collapsed over the past 20 years. With this latest assault on the very foundation of democracy — how a nation chooses its leaders — that trust can only plummet further. What’s needed now more than ever to shore up voter confidence in how our government operates is to strengthen both essential aspects of elections: access and security.

Tony Woodlief is executive vice president with State Policy Network and the author of “I, Citizen,” forthcoming in December.