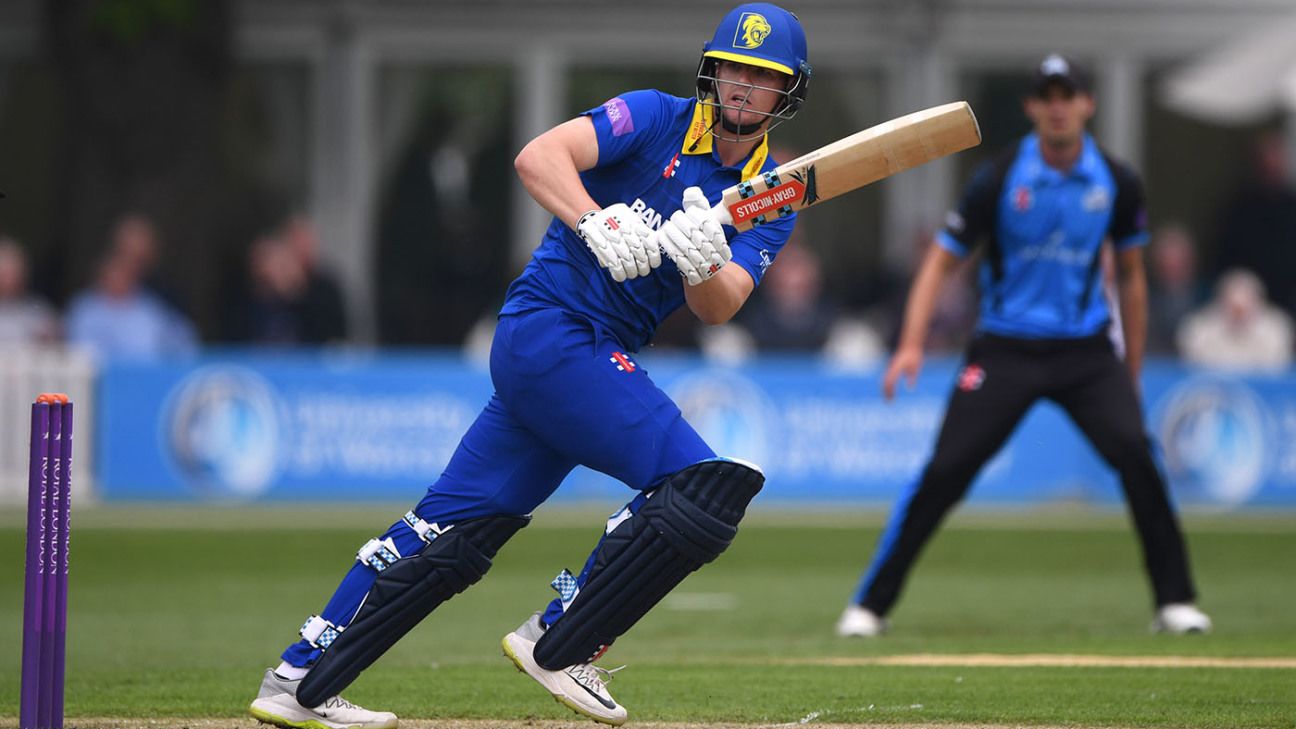 Durham are through to the knockout stages of the Royal London Cup with a game to spare after defeating Worcestershire Rapids by 46 runs at New Road.

They are guaranteed to finish in the top two – whatever the outcome of their final home game against Hampshire – under the average points per game system brought in after Gloucestershire’s game with Middlesex was cancelled due to Covid-19.

Only Essex Eagles can overhaul Durham who are assured of a home tie in either the play-off stages or the semi-finals.

Scott Borthwick opted to bat first on a pitch being used for the fourth time in the 50-over competition and another fine performance from opener Alex Lees helped them total 289 for 9.

Lees top-scored with 93 and he is now the leading run-scorer in the competition with 468 from six innings, overtaking his Durham team-mate Graham Clark (419).

The Rapids were then dismissed for 243 in 45.1 overs despite a fine 76 from Jake Libby who was one of three victims of spinner Liam Trevaskis after Paul van Meekeren inflicted the early damage.

Lees was the dominant partner in an opening stand of 73 with Graham Clark who on 28 swept a Brett D’Oliveira full toss straight to backward square leg.

Borthwick (10) was run out after he failed to beat Ed Barnard’s throw from backward point to keeper Gareth Roderick.

Jacques Banton – brother of Tom – struck in his first over as Cameron Bancroft (11) gave him the charge and was bowled.

He survived a caught and bowled off Baker on 41 and brought up his half century in the same over with his fourth six off just 34 balls.

Finch was also hit for two sixes in two balls by Bedingham but the same over brought the downfall of Lees.

He had made 93 from 109 balls when he was bowled by a ball which nipped back after striking one six and six fours.

Bedingham advanced to 66 from 41 balls before he lofted Baker straight to Banton at long off.

Ned Eckersley gave the Durham innings some late impetus with 36 off 27 balls before he went lbw to Finch hitting across the line and Barnard dismissed Luke Doneathy (10) in the same manner with a swinging Gaelivery.

He pulled off a fine low one-handed catch to dismiss D’Oliveira (5) and then trapped Tom Fell (6) lbw after attempting to pull a ball which kept low.

Jack Haynes (20) came down the wicket to Trevaskis and was stumped and Roderick (5) was bowled sweeping at the same bowler.

Libby completed a 49-ball half-century but he was fighting a lone hand and Barnard, on 15, swept a Clark full toss straight to deep mid wicket.

The Rapids’ last realistic hope ended when Libby, having struck five fours in his 88 ball knock, was caught at extra cover off Trevaskis.