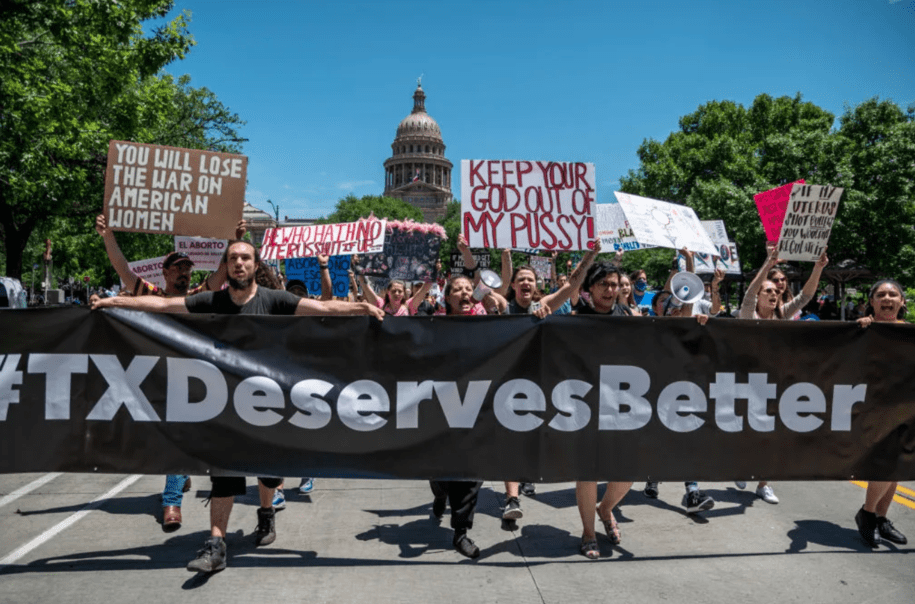 “I think [SB 8 is] going to be a blueprint and a test run to see what they can get away with,” said Zaena Zamora, the executive director of Frontera Fund, an abortion fund in South Texas. “If this law is allowed to stand … it is very likely that they’re going to see copycat laws in other states, especially in the South and the Midwest where there’s already a lot of anti-abortion legislators.”

Amidst everything, Zamora says this is the time when advocates for abortion access need to lean on each other. Zamora wants to focus on “power building” in South Texas to combat the impact of SB 8, in part by building “relationships with people here in the Valley who are also doing [work related to Frontera Fund’s mission]” whether that’s providing abortion care directly, giving pregnant people the funds to access a clinic, or shifting the narrative that South Texas is anti-abortion.

“We are trying to work within our own community because there’s a huge stigma around abortion, and at the same time [there are] people [who] support abortion, but they don’t say it out loud.”

The forthcoming law will add to an apparatus of restriction and abortion criminalization that will allow any person anywhere in the country to bring a lawsuit against someone who helps a patient receive an abortion—like organizers with a local abortion fund.

“The bill is so extreme that it could even allow a rapist to sue a doctor for providing care to a sexual assault survivor and for the rapist to recover financial damages—allowing predators to profit off of their assault,” wrote Delia Garza, a Travis County attorney, in an open letter signed by more than 300 legal officials in Texas.

Nationwide, 16 states have enacted 83 abortion restrictions since January alone; nearly half of all 1,313 restrictions enacted since the Roe v. Wade decision were enacted in the last decade. In the past 10 years, Texas state legislators have fought access to reproductive health care by shepherding a number of bills through the state house, creating a landscape that’s hostile to abortion care. According to the think tank Guttmacher, as of 2017, 43% of people who could get pregnant lived in the 96% of Texas counties with no abortion clinic. State law prohibits private and public insurance plans from covering abortion in most cases and mandates that providers offer patients counseling that is designed to discourage them from terminating a pregnancy. In addition to a number of other limitations on how a patient can receive an abortion, they must also wait at least 24 hours before the procedure and undergo a forced uterine ultrasound.

With the added implementation of SB 8, abortion funds and access networks like Frontera Fund are tasked with combatting two of the most significant barriers to access: funding and distance to clinics. Most patients in Texas will travel out of their home county to receive an abortion, with some even traveling out of state. One Guttmacher estimate says that under this new law, most patients will have to travel 20 times the distance to a clinic than they would prior to its implementation.

“You’re talking about 12 hours [driving] any which way to leave the state … So that’s going to be a logistical nightmare for a lot of people who are trying to get care,” Zamora said.

Last year, Frontera Fund assisted nearly 400 patients in receiving abortion care, but with the added cost of transportation, Zamora says it’s likely the number of clients the fund will be able to support will decrease.

“The compounding cost is enormous and because of that, we’re not going to be able to help everybody because we’re going to run out of money.”

Zamora added that while it may not look like it, paying out of pocket and traveling is also considered an abortion restriction. For undocumented clients working with Frontera Fund, this can be an impossible barrier to overcome. In deep South Texas and the Rio Grande Valley, Zamora says that Border Patrol checkpoints—those not even physically established at the border shared with Mexico—can endanger undocumented patients.

“Anytime someone crosses those checkpoints, they get asked about their citizenship status,” Zamora said. “If you are undocumented, then you can put yourself in real danger by by lying or trying to pass those checkpoints without being honest about your current immigration status.”

For years, Frontera Fund has worked to fill the gap in abortion care resources, and when SB 8 becomes law on Sept. 1, the work will continue. Zamora said that going forward, she’d like to see more awareness of the threat these laws pose to abortion access before they pass through the statehouse, and of the ways abortion access is related to other civil rights issues, like voter disenfranchisement.

Ray Levy-Uyeda is a Bay Area-based freelance writer who covers justice and activism. Find them on Twitter @raylevyuyeda.