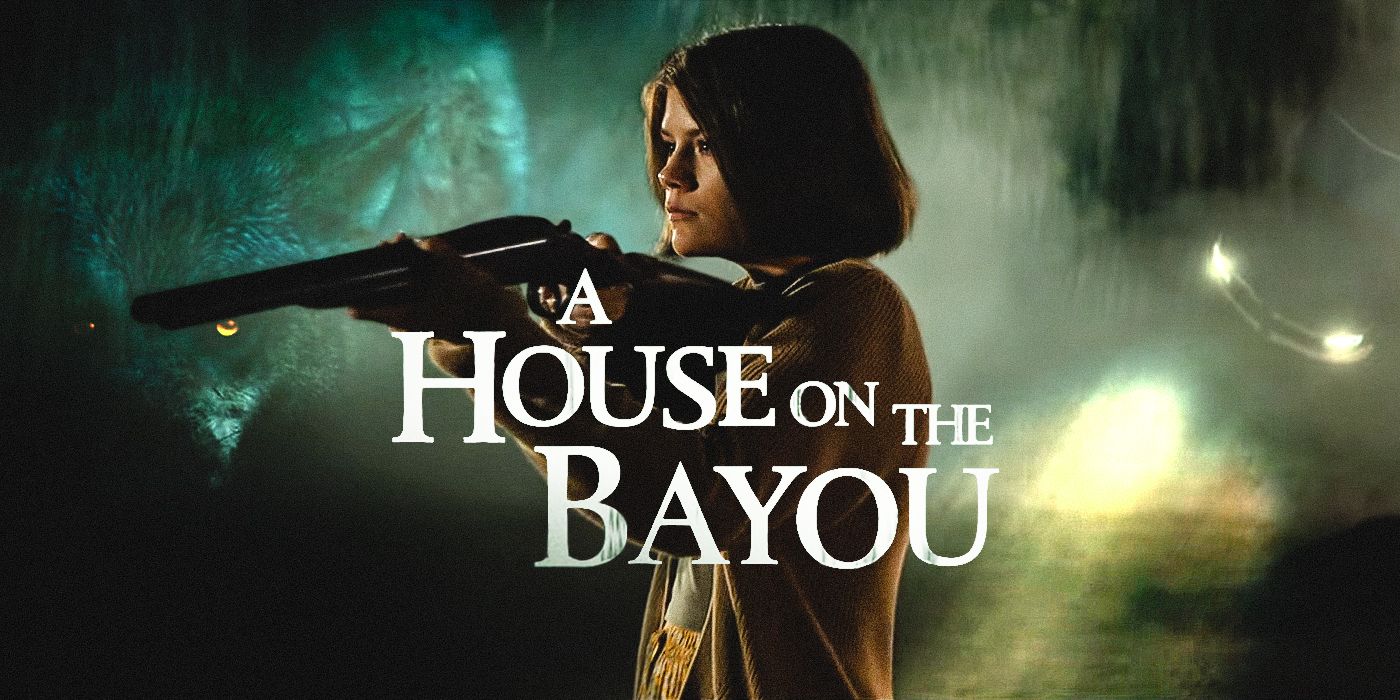 Blumhouse and Epix have announced the release dates for A House on the Bayou and American Refugee, two of their upcoming projects in their original TV movies slate. The former will be arriving on November 19 and the latter arriving just under a month later on December 10. Along with these premiere dates, a brand new trailer was revealed for A House of the Bayou, giving audiences their first look at the upcoming horror picture. Both films will also be available for digital purchase via Paramount Home Entertainment on the same day as their Epix premieres.

A House on the Bayou stars Paul Schneider (Tales from the Loop), Angela Sarafyan (Westworld), Lia McHugh (The Eternals), Jacob Lofland (Maze Runner), Doug Van Liew (Ida Red), and Lauren Richards (Doom Patrol). The film tells the story of Jessica and John Chambers (Sarafyan and Schneider) who, in an attempt to mend their family’s relationship, take their daughter, Anna (McHugh) on a vacation. When a strange pair of neighbors (Lofland and Van Liew) arrive at their home uninvited, things take a turn for the worse as the family attempts to survive as truths and secrets are revealed.

American Refugee tells the story of a family taking refuge in a bunker as America is sent into martial law after an economic disaster. The film stars Erika Alexander, Derek Luke, Sam Trammell, Peyton Jackson, Former Wilder, and Vince Mattis.The executive producers on both films are Blumhouse’s Jason blum, Chris McCumber, and Jeremy Gold with Mary-Margaret Kunze also serving in the role of executive producer on A House on the Bayou and Lisa Bruce in the same position on American Refugee.

A House on the Bayou will be kicking off a slate of eight standalone horror originals by Blumhouse as part of a partnership between the production company and the network. This is the first time that Epix has done this kind of deal, while Blumhouse has found with success these deals with both the “Welcome to the Blumhouse” movies slate for Amazon and the “Into the Dark” anthology series for Hulu.

In an effort to reconnect and mend their relationship, Jessica and John Chambers seek an idyllic getaway with their daughter Anna to a remote mansion in rural Louisiana. When suspiciously friendly neighbors show up for dinner uninvited, the weekend takes a sinister turn as the fragile family bond is tested and dark secrets come to light.

7 Shows Like ‘Outlander’ to Watch for More Sweeping Historical Romance

Not sure what to watch after your time-travel romance binge?