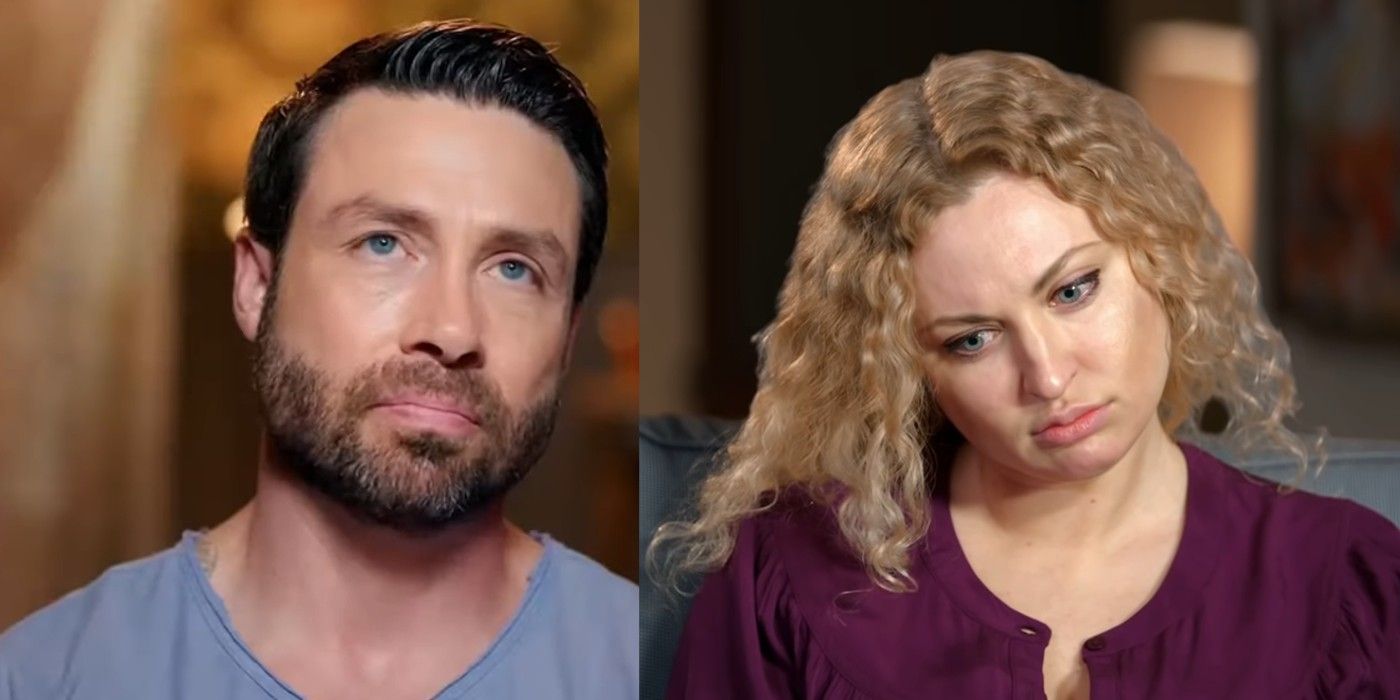 Natalie Mordovtseva posted an emotional Instagram update promising to pray for Geoffrey Paschel after he was found guilty on multiple charges.

Natalie Mordovtseva has disappointed 90 Day Fiancé fans by posting an emotional message of support for Geoffrey Paschel on Instagram. Geoffrey was convicted of multiple crimes, including aggravated kidnapping, domestic assault, and interference with emergency calls during a two-day trial. The 90 Day Fiancé: Before the 90 Days alum is apparently facing between 12 and 20 years in prison without the possibility of parole due to the incident that took place in 2019 with Geoffrey’s ex-fiancée. Several 90 Day Fiancé stars have spoken out in support of the victim. Natalie, on the other hand, not only offered Geoffrey prayers but also shared a photo hinting that Geoffrey is still with his on-screen girlfriend, Varya Malina.

It was reported that Geoffrey was facing assault accusations even before 90 Day Fiancé: Before the 90 Days season 4 aired. The Tenessee man’s storyline involved him dating Varya Malina and Mary Wallace. Mary was also spotted getting emotional upon seeing Geoffrey handcuffed after his verdict was announced. It apparently was due to Geoffrey’s past that he didn’t appear on his season’s Tell-All with Varya. The couple never got to confirm if they had broken up or married. Meanwhile, Varya, who has been in staying in America for the past few months, mysteriously deleted her Instagram after Geoffrey’s guilty verdict.

As 90 Day Fiancé fans following Natalie and Varya know, the two Florida residents have been very open on Instagram about their close friendship since the former separated from Mike Youngquist. Natalie also appears to be close to Geoffrey. Close enough, at least, to post a sentimental Instagram story about him. The photo shows Geoffrey with his arm around Varya, seated at a table with two unidentified couples and Natalie. Ukrainian actress Natalie is also on a date and she appears to have cropped the person out before sharing the story. Her caption for the picture read  “I couldn’t believe yesterday tv news. I will pray for you 🙏 @geoffrey.paschel.” Natalie also added the hashtag “#everythingwillbeok.”

Several 90 Day Fiancé fans, including @90daythemelanatedway and @90daywdfb*tch reposted former journalist Natalie’s screenshot and the comments expressed disbelief at what she shared. “Trying to wrap my head around this. As a female I would think she would pray for the victim rather than the assailant,” says a top-liked comment. Someone else wrote, “Yeah she’s always ‘praying’ for everyone. She should pray for herself to be a better person.” A different comment noted, “Natalie you are clueless.” However, one fan wondered if this was Natalie’s tactic to be “relevant again” since she’s soon coming back to the franchise with 90 Day: The Single Life.

Back in April, when rumors about Mike and Natalie’s split had just begun, she appeared in a video that showed her running into Geoffrey’s arms. The video was a joke for April Fool’s Day by Natalie and Geoffrey, but it did hint at them being close friends who were okay with sparking dating rumors with this offbeat collaboration. Amidst all this backlash, the news of Natalie being announced as The Single Life season 2 cast member has also not been appreciated by fans. Mike and Natalie’s relationship on 90 Day Fiancé was the most toxic yet, and fans didn’t want to see her back on their screens. With her comforting Geoffrey, Natalie appears to have let down some of her remaining supporters as well.