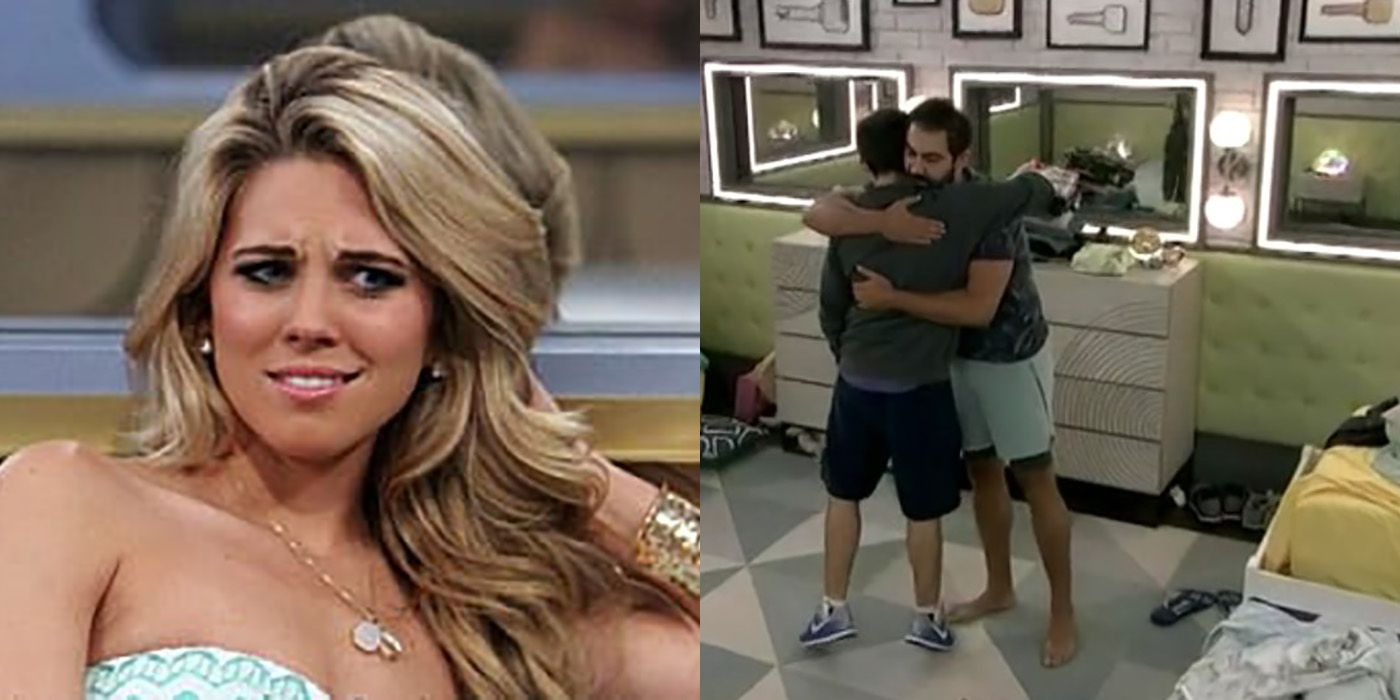 For the most part, Big Brother is all about fun and games, but the show has tackled some serious topics over the years. This isn’t in reference to the biggest controversies on Big Brother, some of which involve past players after they have long since left the show, but rather issues that are brought up or dealt with in the house (or become apparent to viewers on the live feeds.)

It is inevitable that when a group of people from all walks of life live together in one house, cut off from the rest of the world and being filmed for television 24 hours a day, some serious topics will come up. In many cases, there are recurring topics that have appeared in multiple seasons. On other cases, it’s one season in particular that really shined a light on a serious issue.

Sexism is rampant in the world at large, and the Big Brother house is not immune to it. While many if not most seasons have displayed some form of it, few instances were are overt as Jack Mathews’ treatment of Kemi during season 21. His words and actions toward her were not only sexist, but also rude, racist, and derogatory, according to Deadline, sparking outrage among viewers.

During season 15, Frank Eudy was not only accused of making racist remarks, but he was called out by Da’Vonne for constantly slapping her backside. He was also accused of grabbing several women’s stomachs in the house, according to Buzzfeed, and making rude comments about their weight.

8 Death Of A Loved One (Several Seasons)

There are very few instances when production will deliver a message to a cast member from home. Sadly, there have been several times when a houseguest received bad news while in the Big Brother house, often relating to the death of someone close to them.

While some of these players decided to leave the competition to be with their families, other remained in the house where houseguests rallied around them to show support and discuss the difficulty of dealing with loss. A few such cases included Cody in All-Stars season 22 and Derrick Levasseur and Frankie Grande of season 16, all of whom learned of the deaths of their grandfathers and were able to talk through their emotions with fellow houseguests.

One of the most prophetic conversations ever to take place in the house was between Da’Vonne and Kaysar in season 22 All-Stars. It was such an important discussion, in fact, that production chose to air it on the live episode so even those who didn’t subscribe to live feeds could listen in.

The pair discussed the state of the world, religion, how they want and hope people will do better for the sake of their children, and how love, acceptance, and tolerance need to trump hate. Kaysar, in fact, made it clear that he returned to the show for the sole purpose of having such discussions on a platform like Big Brother — he didn’t care about winning. That made the heartfelt and emotional discussion all the more real.

The topic of racism has come up time and time again, which is partly why Big Brother committed to 50% BIPOC representation in casting going forward. Racism has been evident in virtually every season, but one in particular that stands out is season 15. Much of the spotlight was placed on houseguest Aaryn Gries, who was caught on camera saying numerous disparaging remarks about people of color.

The issue became so controversial that fans were calling for her to be removed from the show. When Aaryn was eventually evicted, she became one of only a few houseguests who were not only booed by the live audience but grilled by host Julie Chen about her actions and hurtful words. Despite racism being an issue among the houseguests season after season, Big Brother has cast some wonderful BIPOC players.

While Tyler came to the defense of his friend JC after he was confronted by production for alleged inappropriate touching, it brought the issue to light nonetheless. Fans of the live feeds noticed JC not only caressing Tyler’s arm while he was asleep (and thus unaware of what was going on) but also rubbing his leg, according to Entertainment Weekly.

Tyler did not seem bothered by it, but others had issue with JC as well, claiming he tried to touch their genitals with his hands and an ice cream scooper, and would open the bathroom door while it was occupied, making houseguests uncomfortable. At a time when the #MeToo movement was at its height, the spotlight shined brightly on the issue.

The first-time mental health was truly brought to the forefront in a big way on Big Brother‘s American iteration was when houseguest Megan Lowder abruptly left the show. Lowder, who had formerly worked in the U.S. Navy, later revealed that she chose to leave because events in the Big Brother house triggered her PTSD from a previous sexual assault, according to The Desert Sun.

The situation might not have sparked a conversation in the Big Brother house since Megan did not reveal why she left until long after. But upon reflection of the events once she did make this revelation, which included several people “yelling at and attacking her,” according to CheatSheet, fans stood behind the decision.

Several seasons of Big Brother have secretly brought in houseguests who already knew each other outside of the game, sometimes catching them off guard. Such was the case, for example, in a season 4 twist known as X-Factor, in which five houseguests competed against their exes, not knowing ahead of time they would be in the house together.

But the idea of familial discord and fractured relationships was put on display in season 8 when, in a “rivals” twist, Danielle was surprised by her estranged father Dick — one of the oldest houseguests from Big Brother — competing on the show with her. It was uncomfortable, but also demonstrated the concept of forgiveness and the emotions that go along with separating from a child or parent, no matter the age. Ultimately, the estranged father and daughter allied in the house and began to repair their relationship.

In just about every season, someone has been considered a bully or has been accused of engaging in bullying behavior. From Josh slamming pots and pans together to annoy others to the way some houseguests treated Nicole Anthony as if she were an outcast during season 21, bullying has been a recurring serious issue on Big Brother throughout it’s more than 20 years on the air.

Sometimes the houseguests deal with this issue among themselves, confronting those they perceive as bullies. Other times, however, production has to step in, such as with Russell of season 11, who got into several confrontations with other houseguests that almost turned physical.

The topic of LGBTQ+ players and their treatment on the show was most prominent in season 17 when Audrey Middleton played as the first transgender houseguest. Audrey has been vocal with accusations of being pushed to come out as transgender on the show before she felt comfortable doing so.

The houseguests that season discussed Audrey’s sexuality in the house, and the reveal sparked discussions among viewers during and after Audrey’s time in the Big Brother house. As a result, a serious and important issue was brought to wider public attention because of the show. It’s no surprise that Audrey ranks among the top-five most likeable players on Big Brother 17.

NEXT: 10 Unpopular Opinions About Big Brother, According To Reddit


Next
Best Project Runway Celebrity Guest Judges, According To Reddit

A professional writer and editor with 18+ years of experience, Christine, now a freelance writer/editor, is a self-professed TV fanatic with tastes that vary considerably from comedies to dramas, sci-fi, and more. She can usually be found binging a new show at night, coupled with a glass of red wine. With a long history writing in the field of consumer tech, she now also writes on topics from entertainment to parenting, lifestyle, marketing, and business. She resides in Toronto, Ontario in Canada with her husband and young son.