3 Great Studio Shaft Anime You May Have Missed 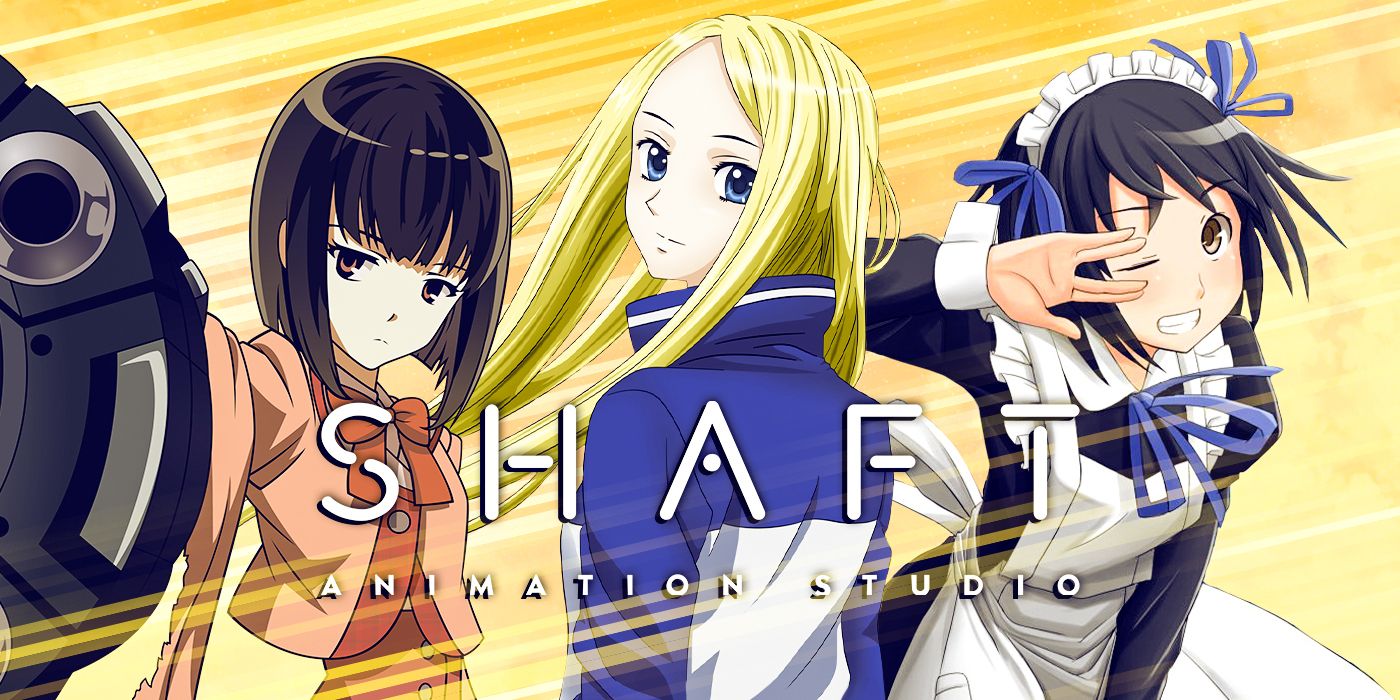 SHAFT is one of the most prolific anime studios in the business today. Founded in 1975 and co-producing or helming full TV productions in some capacity since the 90s, they really made their mark in the mid-00s as director Akiyuki Shinbo started making his trademark minimalist yet striking animation the studio’s house style. From there they became a name any anime fan could recognize, with cult hits like Sayonara Zetsubou-Sensei to classics like Monogatari and the renowned Puella Magi Madoka Magica, which is celebrating its 10th anniversary this year. They’ve produced many other anime over the years, though, some of which may have gone under your radar – here’s a few of the best ones to check out for yourself.

RELATED: The 4 Best New Anime Shows to Watch This Summer

And Yet the Town Moves

While many SHAFT anime use their avant-garde animation style to tell stories with supernatural or otherworldly flavor, And Yet the Town Moves is a surprisingly down-to-earth slice of life about a girl and her friends working at a local maid cafe when they aren’t in school. That doesn’t stop it from subverting expectations, though. Unlike the kind of cutesy maid experience one might expect from a typical anime, these girls work at a pretty normal cafe, with their elderly boss cynically dressing them up in maid outfits to attract customers. The characters don’t play into cutesy archetypes, either; the protagonist Hotori is a bit dim-witted and daydreams about being a detective, and her friends are just normal teenagers doing their best to get by. It’s a hilarious sitcom about normal girls working a slightly quirky job, trying to earn some pocket change and pass their next math test.

Much of the show’s charm comes from assistant director Naoyuki Tatsuwa, whose penchant for the dramatic lends the show a sense of theater. Mundane situations are heightened by exaggerated and fluid character animation, and the camera isn’t afraid to pull in and out to make moments feel intense, even if nothing especially dramatic is happening on paper. The voice cast does a phenomenal job as well, in particular Hotori’s performer Chiaki Omigawa, who isn’t afraid to push her limits and make some impressively guttural sounds to land a joke.

Arakawa Under the Bridge

On the other end of the sitcom spectrum we have Arakawa Under the Bridge, a spectacularly surreal slice of life about a group of social outcasts who find their home along an embankment on a river. The protagonist Kou is the next in line to inherit his father’s hugely successful company, but his obsession with repaying any perceived debts leads him to living with a blonde girl named Nino, who saved him from drowning. Nino believes herself to be an alien, and soon enough Kou – or “Recruit” as the bridge’s denizens soon dub him – finds himself surrounded by other quirky people, like the chief that calls himself a kappa, and Hoshi, a man in a star mask who calls himself a rock star. Everyone under the bridge is delusional, but Recruit learns along the way that maybe the “real world” is built on its own delusions, too.

Director Yukihiro Miyamoto went on to lead the phenomenon Madoka Magica in 2011, but a year before that he was bringing these wacky characters to the screen. While none of the characters truly have special powers like they believe, Miyamoto’s boisterous style brings their fantasies to life, pulling the viewer into their world. That visual splendor lends a sense of empathy to these characters, which is important as each of them feels disenfranchised in their own ways. Letting us see the world from their perspective keeps the show surprisingly grounded for a series about deluded people running their own off-the-grid town.

Going from a normal slice of life to one filled with delusions of power, [email protected] finally delivers on the supernatural in a wholly realized way, with a completely overpowered protagonist to boot. The titular Sasami is a hikikomori – a shut-in – who spends her days obsessing over her brother and watching the world from surveillance cameras. As it turns out, she has reality-altering powers that, if left unchecked, might spell the end of the world as we know it. She’s a bit temperamental, and the smallest shift in her mood could set her powers off, so she is watched and appeased by three sisters who have to go to great lengths to keep Sasami from unwittingly dooming the planet.

Akiyuki Shinbo, who is frequently credited as a head director on SHAFT’s many projects but is often more in a supervisor role than a directorial one, actually does lead this wacky superpower comedy, bringing his signature style to life. [email protected] is, in one word, frantic; in keeping with the show’s plot of the Yagami sisters being at the constant beck and call of Sasami, the jokes and action never really stop. This sometimes makes the story hard to follow, as much as there is one, but it quickly becomes apparent that a traditional story isn’t what this show is going for. To that end, Shinbo’s breakneck pacing works fully to the anime’s favor, keeping us engaged with whatever nonsense Sasami and her friends are up to regardless of – or maybe because of – how little sense it makes. One second we’re learning about how the world itself was created, the next the crew is fighting kaiju made entirely of chocolate. But no matter what, [email protected] is never a boring time.

KEEP READING: The 7 Best Anime for Beginners to Watch as an Introduction to the Exciting Medium

Brenton Thwaites on ‘Titans’ Season 3, Dick and Barbara’s Relationship, and What Lies Ahead for the Team vs. Red Hood

He also shares which episodes were actually filmed out of order due to the pandemic.

David Lynn is a freelance writer and lifelong anime fan who, for better or worse, has been watching every seasonal anime to come out for over a decade now. When he isn’t busy catching up on and writing about the newest cartoons, he can be found playing Fate/Grand Order and complaining about having no free time.