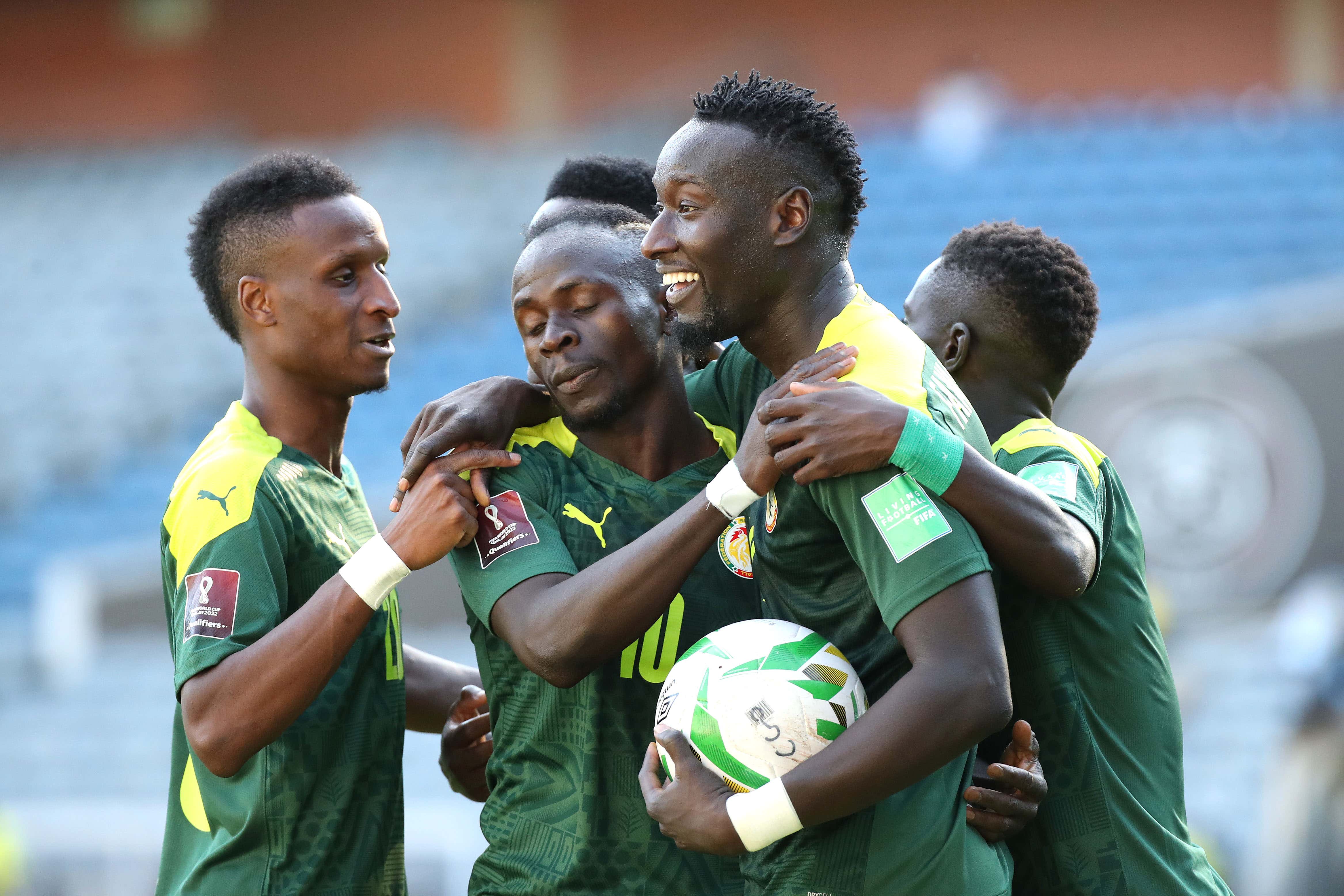 Senegal are through to the final round of qualifiers for the 2022 Fifa World Cup in Qatar following Tuesday’s 3-1 triumph over Namibia.

Famara Diedhiou’s hat-trick helped the Lions of Teranga see off the Brave Warriors – who got their only goal through Peter Shalulile – at the Orlando Stadium in Johannesburg.

Heading into the fixture, Aliou Cisse’s men had brushed aside the Southern Africans 4-1 in the reverse fixture held in Thies.

Knowing that a win would send them to the third round, the West Africans began the showdown on the front foot – dominating ball possession and launching numerous attacks.

That paid off in the 22nd minute as Diedhiou headed a delightful cross from Liverpool star Sadio Mane past goalkeeper Lloyd Kazapua.

That lead lasted for just five minutes as the hosts restored parity through Shalulile. Teed up by Willy Stephanus, the Mamelodi Sundowns forward struck a brilliant left-footed shot from the edge of the box that beat goalkeeper Edouard Mendy.

Although Namibia put up a brave performance, they were poor in the final third and they paid heavily for that.

In the 51st minute, Diedhiou put the West Africans ahead as he drilled home a rebound from Keita Balde.

With six minutes left on the clock, the Alanyaspor star completed his treble with Mane supplying the last pass.

Thanks to this result, Senegal are through to the play-off round with two games to spare – having garnered 12 points from four matches.

At the Stade General Seyni Kountche in Niamey, Algeria revived their fading qualification hopes by securing a comprehensive 4-0 away victory over Niger Republic.

Captain Riyad Mahrez broke the deadlock in the 20th minute with a low shot inside the box after he was picked out by Baghdad Bounedjah.

The North Africans stamped their authority in the game as they went two goals up courtesy of Aissa Mandi who put the ball beyond goalkeeper Kassaly Daouda.

AC Milan star Ismael Bennacer put them three goals up in the 48th minute before Mahrez set up Bounedjah just six minutes before the hour mark.

Following this win, the Desert Foxes are now tied with Burkina Faso at the summit of Group A with 10 points – although, they boast a superior goals difference.

Elsewhere, Togo went to the Stade Alphonse Massamba-Debat, Brazzaville, saw and subdued Congo 3-1 to the dismay of the home fans.

The visitors got their goals through Euloge Fessou and Kevin Denkey while the hosts got their only goal through Guy Mbenza.

Even at the result, the Hawks have seen their qualification hopes flattened following Senegal’s result against Namibia.